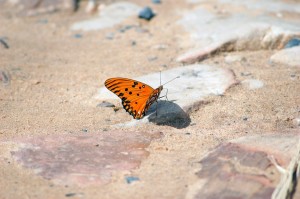 ABINT Eating Disorder Treatment is a center in Peru that offers medical, psychiatric, and psychological care. Nutritional education and family programs are also an integral part of treatment at this facility.

Clínica Alemana de Santiago is a hospital in Chile that is accredited by the Joint Commission. Individuals with eating disorders who are not medically stable can contact Claudio Mizon, M.D., at [email protected] for more information.

Natalia Mayor Arias, M.D., is a psychiatrist in Colombia who specializes in eating disorder recovery. She can be reached at [email protected]

Marcelo Papelbaum, M.D, Ph.D., is part of the Obesity & Eating Disorders Team in Brazil. He can be reached at [email protected]

“Medellín, Colombia, is known as the fashion capital of Latin America, but it also holds another world record: it has the highest rate of anorexia, bulimia and other eating disorders, standing at 17.7 percent of the population of adolescent girls in 2003, said Dr. Lucrecia Ramírez-Restrepo, associate professor of psychiatry at Colombia’s University of Antioquia and director of Medellín’s City Network for the Prevention of Anorexia and Bulimia. That compares with 5.0 percent in Spain and 10.2 percent in the US.” Read more here.

“The deaths of four young women in recent weeks from anorexia — a disorder characterized by an abnormal fear of becoming obese, an aversion to food and severe weight loss — have been splashed across the front pages of newspapers nationwide. The subject has become a morbid fascination for Brazilians, and is even the theme of a popular TV soap opera. It has also touched off a debate within Brazil’s fashion industry that has long presented the rail-thin model as the paragon of female beauty.” Read more here. 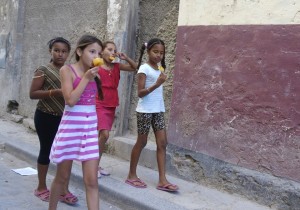 Research from the Ministry of Health, also referred to as Minsal, notes that rates of anorexia nervosa and bulimia nervosa in Chile rose by 97 percent from 2005 to 2007. Rates of these eating disorders in adolescents ages 10 to 19 increased by as much as 115 percent during the same period.

To what do you attribute this recent rise in eating disorders in Chile and throughout South America? How can we spread eating disorder awareness and promote body positivity throughout this region? Contact Us with your thoughts.