Unfortunately, it can be 10 or more years before a diagnosis is made or treatment is suggested and provided [6]. Here and now, is the time to bring awareness to an under-diagnosed illness. 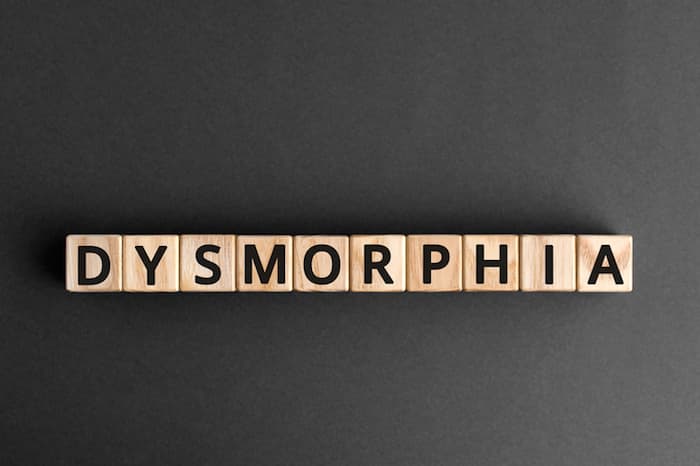 Body dysmorphic disorder (BDD) is a disabling psychiatric disorder characterized by excessive and persistent preoccupation with perceived defects or flaws in appearance, which are unnoticeable to others, and associated with repetitive behaviors [4].

What is Body Dysmorphic Disorder According to the DSM-5

BDD is a preoccupation with one or more perceived defects or flaws in physical appearance that are not observable or appear slight to others [5].

In the DSM-5, BDD is now classified under the Obsessive-Compulsive and Related Disorders chapter. This is due to BDD and OCD commonly being diagnosed together [4].

During the progression of this disorder, individuals will spend significant amounts of time engaging in repetitive behaviors or mental acts. These signs of body dysmorphia are key features of the disorder and may include [5]:

Individuals may also compare themselves physically with others in response to concerns surrounding appearance [5].

BDD is underdiagnosed and undertreated in a day when insurance coverage for treatment is possible.

Practitioners can use ICD-10-CM Code F45.22 to bill for the specific diagnosis of BDD [3] through insurance.

When medically coding makes sure to use proper terminology. The recommended term to include for BDD would be Dysmorphophobia [3].

BDD most commonly starts in adolescence and is often unnoticed. Body dysmorphic statistics highlight the prevalence of BDD, who is at risk, and where assessments can be applied for diagnosis.

On average persons suffering from BDD are preoccupied with 5-7 different body parts during their lifetime [6]. If more awareness can be formed around those at risk, then improvements can be made in assessing for and diagnosing BDD. 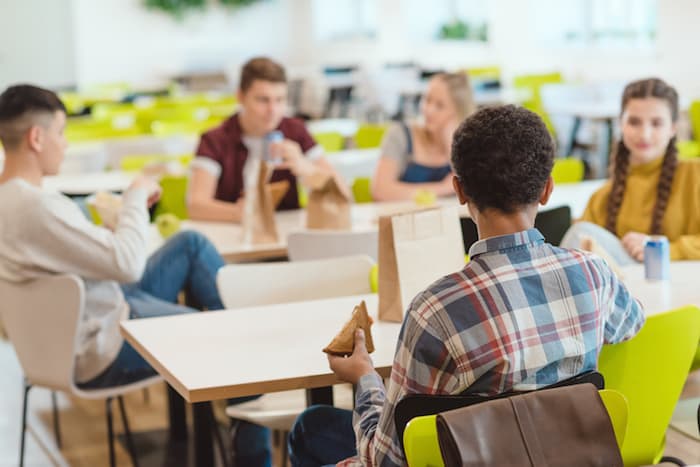 Who Gets Body Dysmorphic Disorder?

The proportion of adults living with BDD in the United States has been found to be 2.4%, with men and women affected equally [7]. It commonly begins in adolescence at the time when people are most sensitive about their appearance, but many sufferers live with it for years before seeking help for fear that they will be considered vain [8, 9]. Body Dysmorphia and its link to eating disorders are similar in this regard.

What is more, BDD is often underdiagnosed, partly because patients tend to talk to healthcare professionals about other related symptoms such as anxiety or depression rather than revealing their underlying concern [9]. Children can get BDD too, but they are often unable to articulate their problems; instead, signs that they are ill can include refusing to attend school and making plans for suicide [9].

Body dysmorphia can affect anyone and may present differently based on an individual’s preoccupation. Muscle dysmorphia and BDD by Proxy (BDDBP) are two common subtypes of BDD.

This type of body dysmorphia can be present even if an individual is preoccupied with other body areas. Important to note those suffering from muscle dysmorphia usually struggle with additional perceived flaws or defects [5].

BDDPD refers to body dysmorphia with the primary preoccupation fixated on perceived imperfections of another person [2].

Similar to BDD individuals spend time repeating rituals to “fix” another person’s appearance in an attempt to alleviate distress [2].

This may have a profound impact on an individual and their ability to socially function and interact [2].

What Are the Effects of Body Dysmorphic Disorder?

Preoccupations resulting from BDD are intrusive and unwanted [6]. The effects of body dysmorphic disorder may include [4, 6]: 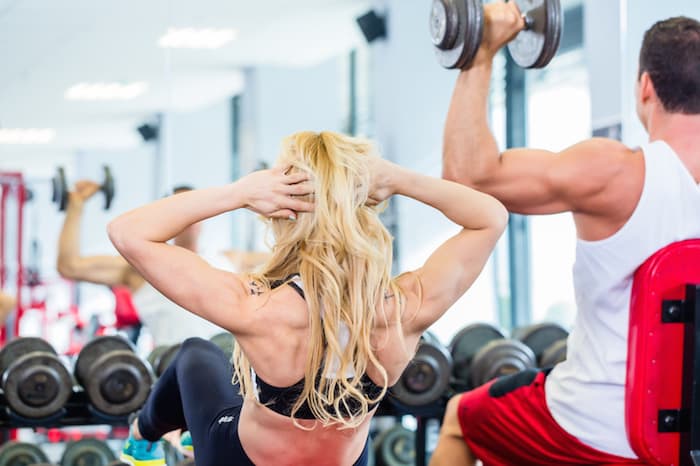 No one factor can be named for causing BDD to occur. BDD is thought to be the result of a number of factors interacting together, including a variety of biological factors and environmental stressors.

The causes of body dysmorphia disorder are unclear, however, some potential biological causes include [1]:

In addition to biological factors, BDD may be caused by psychological factors driving attitudes, beliefs, learned behaviors, perceptions, and motivations. Some factors include [4]:

Psychological factors often lead to fear people are noticing, judging, or talking about perceived defects or flaws [6]. This may fuel behaviors and ultimately lead to deterioration of quality of life.

Why Getting Surgery Doesn’t Work

When surgery goes ahead, it is frequently perceived to be unsuccessful, while in cases where satisfaction is achieved, 50% of people with BDD have been shown to develop a preoccupation with a previously unaffected body part [8]. People with BDD are at high risk for depression and suicide and have been shown to have a greater degree of distress than people with depression, diabetes, or bipolar disorder [10].

They tend to avoid social situations because they do not want others to see and judge them, and because their perceived defect causes them to be afraid of dating or intimacy [8].

They may employ unhelpful strategies to help them endure such situations, such as drinking alcohol to excess, or they may become housebound. Because of this, attempts at following a course of study or taking part in paid employment are frequently disrupted.

All of these factors may lead to interpersonal difficulties with family members who cannot understand the extent of the disability which the person with BDD faces [8].

Living with BDD can make even everyday, normal activities challenging and overwhelming, creating an overall poor quality of life. Individuals with BDD are also at increased susceptibility for suicide, with research surveys finding that approximately 80% of individuals with BDD reporting suicidal ideation, and about one quarter having attempted suicide [10].

Another behavior experienced among some individuals with BDD includes violent behavior, with approximately one-third of people with BDD reporting violence related to their symptoms. 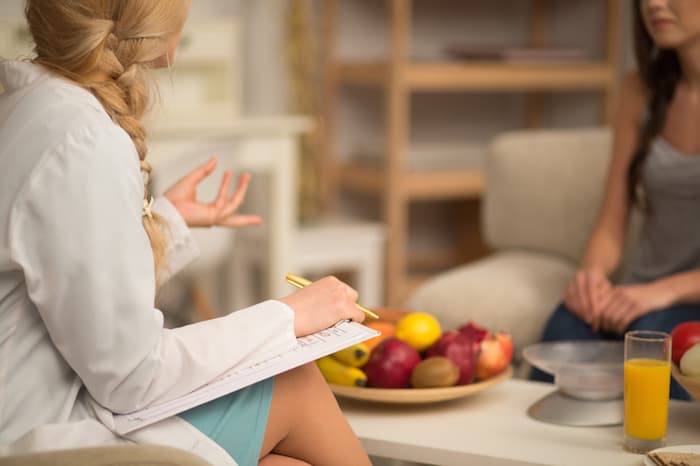 Addressing how to help someone with body dysmorphia starts with an assessment for BDD. It is the first step in body dysmorphia treatment. Utilization of a screening tool such as the BDD Questionnaire may aid in detection in a variety of settings including psychiatric, general medicine, cosmetic procedures, etc. [6].

After assessing for and diagnosing BDD, treatment can start. The preferred treatment for BDD is cognitive-behavioral therapy (CBT).

In those suffering from BDD, insight related to appearance beliefs may be poor or even nonexistent [6]. Studies have found delusional beliefs can range from 32-38% in those with BDD [6].

The inability to have good insight prevents individuals from even entertaining the possibility that their beliefs may not be true [6].

This form of therapy will support and guide patients through gradual exposures to challenge fears and to start practicing new adaptive coping mechanisms [6].

Ambivalence to treatment, especially after starting exposure-based treatment, is very common. It is important for health care professionals including therapists, dietitians, psychiatrists, etc. to support patients through motivational interviewing.

Some studies have also found the incorporation of an SRI has improved BDD and associated symptoms in about 63-83% of patients [6].

Body Dysmorphic Disorder – How to Treat Those Who are Suffering