Anorexia Nervosa is a serious eating disorder that is treatable but can be life-threatening without intervention. With over 200,000 individuals in the United States impacted per year and the highest mortality rate of any mental illness, it is important to learn the signs, symptoms, and treatment options for this disorder.

Anorexia Nervosa is characterized by the National Institute of Mental Illness as individuals that have “a significant and persistent reduction in food intake leading to extremely low body weight; a relentless pursuit of thinness; a distortion of body image and intense fear of gaining weight; and extremely disturbed eating behavior [1].”

Anorexia Definition According to the DSM-5

The Diagnostic & Statistical Manual of Mental Illness (Fifth Edition) specifies that the following diagnostic criteria must be met for an individual to be diagnosed with Anorexia Nervosa: 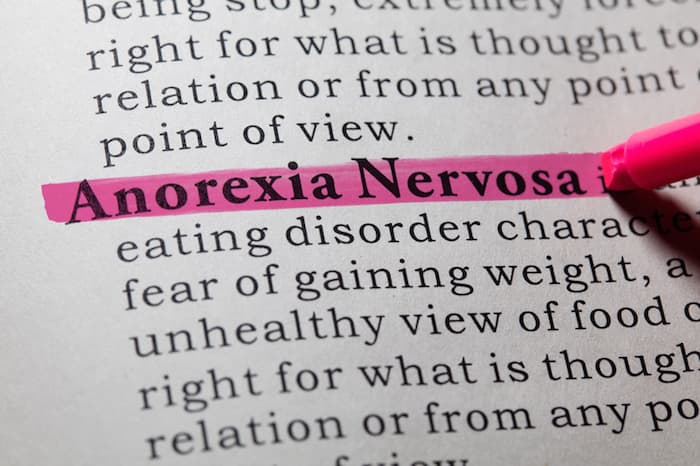 The DSM-5 is a diagnostic resource created by the American Psychiatric Association and only used for diagnosis in the United States. The ICD-10, or International Classification of Disease, is a globally used diagnostic tool designated by the World Health Organization. These codes help medical and mental health professionals worldwide communicate a diagnosis regardless of the term used by that country or culture.

Though the restrictive eating patterns that characterize this anorexic eating disorder are similar to dieting behaviors, there are stark differences between the two. The effects of the extreme behaviors resulting from this disease are far more devastating and consequential than any ill effects from dieting.

While someone may diet in an attempt to control weight, anorexia nervosa is often an attempt to gain control over one’s life and emotions, especially in the light of traumatic events or a chaotic environment.

While someone might diet in an attempt to lose weight as the primary goal, in anorexia they may diet because they perceive losing weight as a way to achieve happiness and self-mastery.

The first reports of deprivation of physical needs through food go back to 300 BC, and there are many examples of these behaviors surfacing throughout history. Outside of these circumstances, Anorexia Nervosa was not officially designated as a mental health diagnosis until the DSM-3 was published in 1952. Since then, the disorder has taken on new iterations, and research has learned a great deal more about its impact. 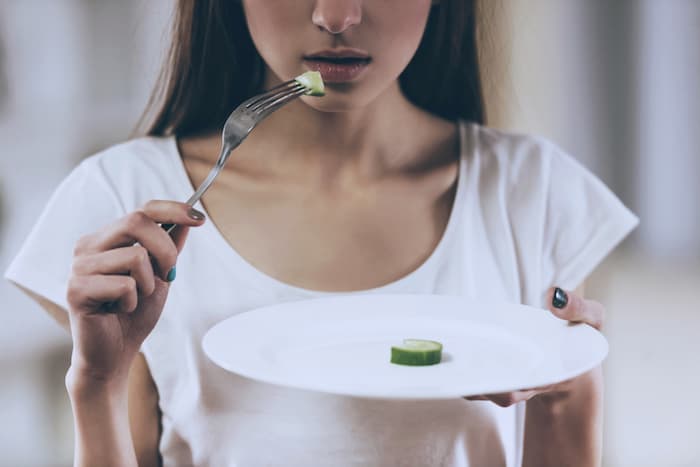 Due to the complexities of disordered eating behaviors and the fact that individuals do not always engage in restricting behaviors alone, the DSM-5 has designated distinct subtypes to further understand anorexia behaviors.

Restricting Type is the subtype of anorexia most commonly known. Individuals diagnosed with Restricting Type cannot have engaged in episodes of binge eating or purging within three months of diagnosis, and their “present with “weight loss is accomplished primarily through dieting, fasting, and excessive exercise [2].”

Those diagnosed with Anorexia Nervosa, Binge-Eating/Purging Type are those that engage in restrictive behaviors as well binge eating and compensatory purging behaviors such as self-induced vomiting or misuse of laxatives, diuretics, or enemas [2]. This subtype differs from a Bulimia Nervosa diagnosis in that those struggling with Bulimia Nervosa do not engage in any restrictive behaviors.

Atypical Anorexia Nervosa falls under the DSM-5 category of “Other Specified Feeding or Eating Disorder,” which describes presentations in which symptoms characteristic of a feeding and eating disorder are present and cause clinically significant distress but do not meet full criteria of a specific diagnosis [2]. Atypical Anorexia Nervosa differs from anorexia in that the individuals meet all criteria for anorexia except that, “despite significant weight loss, the individual’s weight is within or bone the normal range [2].”

“Anorexia Athletica,” also known as “sports anorexia” or “exercise anorexia,” is not a formal DSM-5 diagnosis. However, it is a phenomenon that is being more widely debated, as many eating disorder researchers and professionals believe its prevalence warrants an official diagnosis. Until then, the term refers to individuals that engage in excessive or compulsive exercise and do not consume the calories necessary for nourishment. 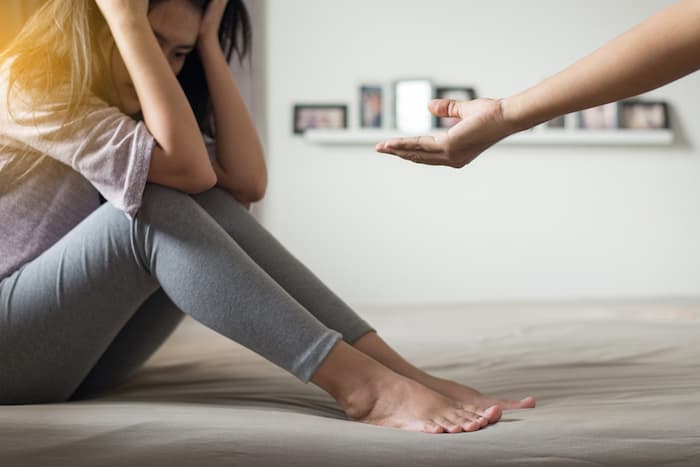 Our society has a warped perception that one must appear emaciated to struggle with anorexia. The truth is, you cannot tell by looking at someone whether or not they engage in anorexic behaviors; however, some warning signs can indicate a possible problem.

Physical Side Effects of Anorexia

Anorexia Nervosa results in severe malnourishment that can be identifiable in many ways other than weight loss, such as these signs of anorexia:

Individuals that struggle with anorexia will display specific behavioral and emotional warning signs that indicate a lack of nourishment and mental distress. One of these include:

The frightening truth is that untreated anorexia nervosa can be lethal, regardless of age, sex/gender, ethnicity, religion, socioeconomic status, etc. Although our culture is recognizing gender as less black-and-white than binary gender identification, most research is conducted based on the constructs of male and female, therefore, the impact of long-term anorexia nervosa behaviors will be summarized based on these two genders below.

1 in 200 women struggle with anorexia nervosa and, if left untreated, can experience long-term consequences such as:

The statistical understanding that men experience eating disorders less than women may not be entirely accurate, as men are less likely to discuss their struggles openly. 15% of those struggling with anorexia nervosa identify as male. Long-term consequences of anorexia in men include: 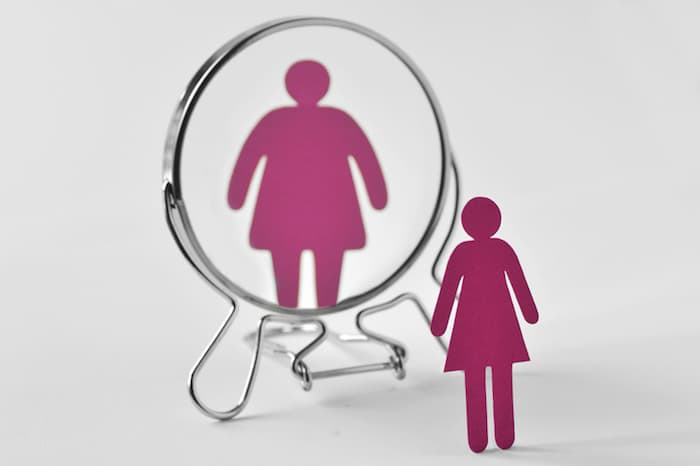 Reducing anorexia nervosa onset to one specific cause is impossible; however, there are various factors that can indicate increased risk.

Research is working to identify specific gene variants related to anorexia nervosa development. Beyond this, it is clear that individuals born with predispositions for perfectionism, rigidity, and sensitivity are more likely to struggle with anorexia. These individuals often utilize these traits to foster dangerous restrictive dieting, eating, and exercise behaviors—Additionally, individuals with a first-degree relative that struggled with anorexia nervosa are more likely to develop it.

Individuals with previous mental health diagnoses are more likely to develop eating disorders in general. Each eating disorder diagnosis has unique relationships with co-occurring diagnoses. Anorexia is commonly seen to co-occur with anxiety disorders as well as obsessive-compulsive disorders, as the traits of perfectionism and rigidity mentioned above are common in all of these disorders and fuel anorexia tendencies.

Eurocentric beauty ideals that emphasize perfection and thinness play an important role in anorexia development. Individuals are also more likely to develop anorexia if their family dynamics and beliefs discussed in their upbringing emphasize values, appearance, and food and exercise relationships that are similar to Western beauty and diet culture ideals.

How to Treat Anorexia

It is important that anorexia be treated once warning signs are recognized, as studies indicate that the earlier intervention occurs, the better long-term recovery outcomes are. As the age of onset is in adolescence and young adulthood, anyone interacting with this population should be vigilant to the warning signs and not afraid to have consistent discussions around appropriate relationships with food, exercise, and the body.

Once anorexia has been developed or diagnosed, receiving treatment from eating disorder professionals is important. These individuals understand the nuances of the disorder and can support the individual and their loved ones in recognizing the level of care needed and determining how the individual can access this support. Consider searching online for reputable eating disorder professionals on trusted sites or reaching out to the insurance company that will be providing coverage to learn who they cover.

As with most eating disorders, the most effective methods of treatment for anorexia nervosa are Cognitive Behavioral Therapy, DBT, and Family-Based therapy. Consider asking treatment centers what modality they use to treat anorexia before choosing where to receive treatment.

Anorexia can be a harrowing disorder, but it is important to remember that it is treatable. An individual can struggle yet receive appropriate treatment and live a life free from food rules, dieting, and restriction and, instead, focused on fulfillment, joy, and recovery.