Need Help - Find A Treatment Program Today
Call 866-932-1264
Advertisement*About Our Number
About This Helpline
This entry was posted in Body Image Issues on August 9, 2022 by Chandler. 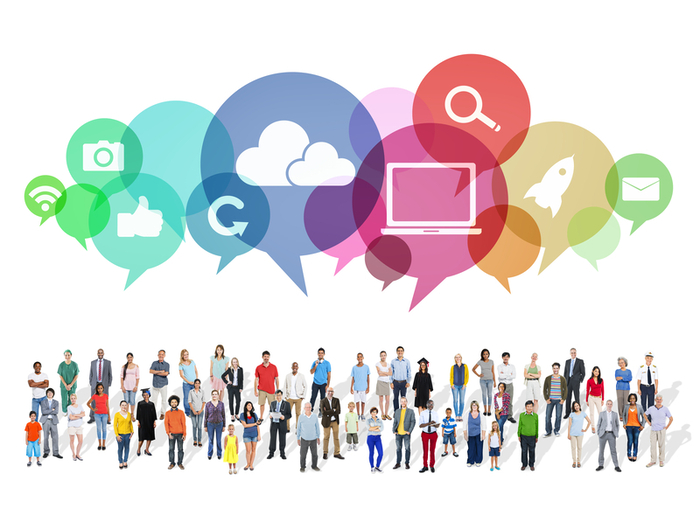 Television, magazines, radio, and social media pervade our lives and our time. On average, adults spend 7.5 hours and children and adolescents spend six to seven hours per day consuming media. Undoubtedly, media consumption plays a significant role in our day-to-day lives and has far-reaching impacts, including impacts to body image and eating disorders.

Media companies are aware of this negative relationship, and aware of increased risks for teens and adolescents. As one recent Wall Street Journal article revealed, Instagram was aware of, and documented, how exposure to body related content on their platform negatively impacted the mental health of teen girls.

Many factors contribute to the adverse relationship between media consumption and body image.

Over decades, media has evolved to portray increasingly thin women and muscular men as ideal physical figures. Furthermore, written media has placed increasing focus on fitness, exercise, and diet as means to achieving an “ideal” figure, particularly within media outlets targeted toward adolescent girls. The perpetuation of these ideals among online and offline media outlets creates dangerous and often unrealistic expectations of thinness and muscularity. Given the volume of media that consumers, teens and adolescents consume on average each day, consider how many of those hours include viewing unrealistic body standards.

Social comparison theory indicates that people have an innate tendency to evaluate themselves in relation to others. Naturally, when viewing magazines, imagery or written media portraying thinness or muscularity, individuals tend to compare their bodies to those portrayals. Even though each of us possesses unique bodies with unique needs, natural social comparison instincts can take hold when viewing media imagery, resulting in a negative perception of one’s body as compared to the bodies promoted by modern media.

Though social comparison innately drives us to compare ourselves to the images we see of others, sometimes those images are not real. Photo augmentation through filters or photoshopping drastically alter the visual image of a person and can create body portrayals that are not only unrealistic to achieve but unreal in and of themselves.

While many adults understand the impact of photoshop on imagery, many teens and adolescents do not. Children often do not know when an image has been “re-touched” to create a particular aesthetic or ideal. Without being able to accurately assess real imagery from altered imagery, children can be particularly vulnerable to considering unreal, photoshopped images as achievable body standards. Even teens and adolescents who intellectually understand the existence of filters and photoshop may not yet possess the developmental maturity to consider how photo augmentation tricks the eye and exacerbates social comparisons.

Social media algorithms, while extremely complex, function on a common goal: keep the viewer on social media. Algorithms achieve this objective through many means, but a central method for encouraging continued social media consumption is to suggest content that will likely be of interest to the social media user based on their viewing history and engagement data. In the case of body-focused content, this can mean that a social media user who starts engaging with harmful imagery of unrealistic beauty standards will continue receiving increasing volumes of this type of content, further inundating their social media feed with impossible standards.

These factors, among others, coalesce to create a correlation between mass media exposure and negative body image, particularly among more vulnerable populations like teens and adolescents. While media consumption doesn’t always lead to negative body image, a clear connection exists, driven by the factors noted above and many more.

How to Mitigate the Impact of Media on Body Image

Understanding the negative impact of traditional media imagery on body image is a first step toward approaching media with increased awareness. Furthermore, curating media consumption to avoid unrealistic or unhealthy imagery can help cultivate a more positive and nurturing perception of the body. Rather than filling a social media feed with images of unrealistically thin or muscular models, consider engaging with and following media outlets and accounts who promote healthy bodies in many shapes and sizes. Invite yourself to experience and celebrate the diversity of the human body in your media consumption and, in turn, honor the uniqueness of yourself.