Eating disorders are psychological and physical in nature and, therefore, so are their consequences. These disorders affect both the mental and physical wellness of the individual struggling, creating long-lasting impacts that can devastate an individual’s life and health.

Just as each eating disorder involves differing behaviors, the impact of each disorder varies. Despite these differences, there are no eating disorder side effects that are not concerning or dangerous.

To understand the risks that long-term eating disorder behaviors present is to understand the severity of these illnesses as well as the need for early intervention, effective treatment, and access to support.

Bulimia Nervosa is an eating disorder characterized by episodes of binge eating followed by compensatory behaviors such as purging, laxative/diuretic use, and/or excessive exercise.

It is not surprising that engaging in these extreme physical compensatory behaviors can have serious negative effects on the body. It may be easiest to understand beginning from the top, down, with the mouth. Purging via vomiting involves stomach acid moving back up the esophagus with food. This acid can cause tooth enamel to wear away, teeth to decay and fall out, and can lead to gum disease. Consistent purging can also lead to blood vessels to burst in the eyes. The salivary glands also become swollen, which can lead to puffy cheeks. Vomiting can also irritate, tear, and/or rupture the esophagus, lead to issues with heartburn, cause stomach aches, as well as damage the intestines. Even the fingertips show signs of damage from purging, as they often have scrapes or scars from the stomach acid as well as the act of using the finger to purge.

Using diuretics or laxatives to purge is no less damaging, negatively impacting the other areas of the digestive system such as the stomach, intestines, and kidneys. Laxatives work by irritating the nerves in the large intestine, which lead to these contracting and pushing out stool. Long-term laxative use can worsen constipation, cause nerve damage, damage the colon, and/or cause hemorrhoids. 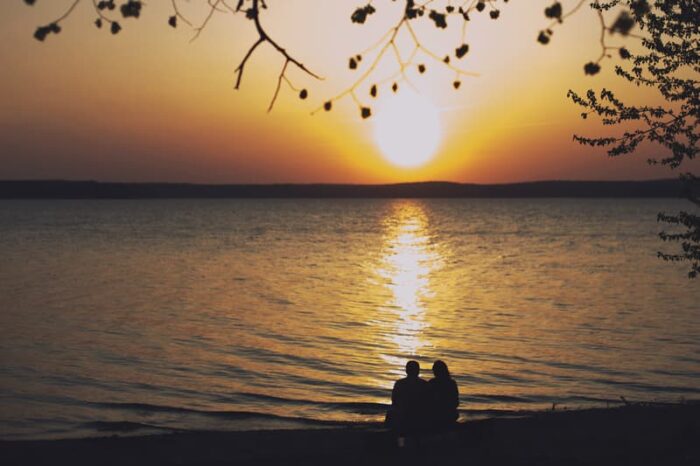 The severe dehydration and lack of nourishment caused by purging behaviors leads to electrolyte imbalances. Without proper electrolytes, the body cannot function in any way as it needs, leading to issues such as dizziness, concentration, impaired organ functioning, irritability, and

Mentally, the malnourishment and body damage done through purging behaviors lead to increased emotional dysregulation. The individual struggles to control their emotions and mood as well as their behaviors, experiences slowed physical response-times, and will likely have increased negative emotion-states such as depression or anxiety. As the individual finds themselves more imprisoned by the eating disorder, they may struggle with feelings of hopelessness and worthlessness, leading to increased suicidal ideation as well.

With all of these physical and emotional effects, the body and mind are completely depleted by bulimia nervosa behaviors. Unfortunately, 3.9% of those with bulimia nervosa will die from their disorder due to the complications mentioned above [1].

Anorexia Nervosa is an eating disorder characterized by “a significant and persistent reduction in food intake leading to extremely low body weight; a relentless pursuit of thinness; a distortion of body image and intense fear of gaining weight; and extremely disturbed eating behavior [2].”

The restriction of food intake in an individual struggling with anorexia nervosa can mean they go days, or weeks, with little to no nourishment. The body is complicated yet simple and the few things it absolutely needs to survive are air, water, and food. Withholding proper nourishment from the physical body long-term results in severe impairment in the body’s ability to function.

Again beginning with the “top” of the body, the brain is severely damaged with malnourishment. In fact, studies have indicated that malnourished individuals lost gray matter in their brains. Individuals become what is commonly referred to as “brain starved,” resulting in difficulty focusing or concentrating, identifying emotions, engaging in higher-order thinking, and/or formulating thoughts into words. While these symptoms can improve with nourishment, long-term brain starvation can lead to some of these consequences being more permanent.

Malnourishment also causes skin, hair, and nails to dry out and become brittle. Additionally, it slows blood flow, leading to the individual having difficulty regulating body temperature. The individual may constantly feel cold or have a bluish tint to fingertips and toes. This leads to a long-term consequence that is unique to anorexia nervosa – lanugo. Lanugo is a soft, downy hair that the body produces to keep itself warm.

Looking at gastrointestinal impacts of anorexia nervosa, many experience gastroparesis (delayed emptying of the stomach), bloating, pain, constipation, and damage to all major organs such as liver, the intestines, and the kidneys, to name a few areas [3].

All of this can lead to increased risk for development of diabetes, gastrointestinal disorders, some forms of cancer, fertility complications, and cardiovascular issues. Essentially, there is no part of the body that is not severely damaged when the body is starved.

All of this impairment also leads to difficulties with mental and emotional functioning. Individuals experience increased negative emotion-states such as irritability, anxiety, depression, worthlessness, hopelessness, and helplessness. This can lead to severe mental health symptoms as well as increased suicidal ideation and behaviors.

Behavioral impacts of long-term anorexia nervosa often lead to individuals becoming treatment dependent, having little to no social support outside of their treatment team, finding it difficult to maintain employment, and impaired relationship dynamics.

Binge Eating Disorder (BED) involves individuals engaging in binge eating episodes at least once a week for 3 months. An episode of binge eating involves eating an atypically large amount of food in a short period of time while feeling loss of control during the episode and immense shame and guilt afterward.

Additionally, research indicates those struggling with BED are at an increased risk of developing some forms of cancer.

A main criteria of BED is that the individual feels extreme feelings of guilt or shame after engaging in a binge eating episode. Long-term BED behaviors often lead to this guilt or shame persisting and becoming the pervasive emotions an individual experiences throughout their daily life.

BED is one of the eating disorders with the most co-occuring mental health diagnoses, with 78.9% of those suffering experiencing a co-occuring disorder. Individuals struggling with BED long-term are likely to experience increased emotion dysregulation as well as increased suicidal ideation.

Find Help for an Eating Disorder

The information above may have you feeling frightened or concerned for the future long-term physical and mental health of yourself or a loved one. While you should absolutely understand and take seriously the above long-term consequences of eating disorder behaviors, do not allow it to make you feel hopeless. These disorders are all treatable and curable and it is possible to reach out for help and receive the support needed to renew the body.

If you or a loved one is struggling with an eating disorder, contact a primary care physician and ask them for support in finding an eating disorder professional and treatment center that can provide an assessment of needs and subsequent care.

There is always hope for recovery because recovery is always possible.