Home » Eating Disorder Awareness & Education » What is Anorexia: Symptoms, Complications and Causes » Is Vegetarianism a Risk for an Eating Disorder?

Vegetarianism, which eliminates meat and/or animal products from a person’s diet, has become popular in recent years.  A Public Policy Polling Survey found that 13 percent of Americans are either vegetarian or vegan, with 6 percent being vegetarian and 7 percent being vegan (Jensen, 2013).

This number underestimates those who may be termed “semi-vegetarians”- those that consume some animal-based products but rely mostly on plant-based diets. For people struggling with eating disorders (EDs), vegetarianism is much more prevalent.

The Prevalence of Vegetarianism for Those with Eating Disorders 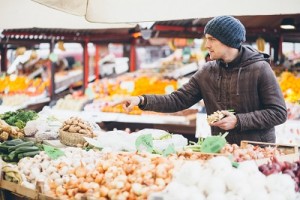 About half (45 to 54 percent) of patients seeking treatment for anorexia nervosa (AN) reported practicing some form of a vegetarian diet (Bardone-Cone, et al., 2012).  This becomes critical for treatment, because ED professionals must tease out a person’s motivations for being vegetarian while balancing respect for his or her autonomy.

In the ED field, vegetarianism has been viewed suspiciously, as it seems to give those struggling with restricting food a way of masking attempts to lose weight or the avoidance eating certain foods.

Who is a ‘Real Vegetarian’?

The term “vegetarian” is problematic because of the many variations in diet that occur under this name. Most see the term as covering a broad range of dieting practices that eliminate some form of animal product.

Technically, however, Timko, Hormes, and Chubski (2012) define a person who:

According to Timko and his colleagues, very few scientific studies have looked at true vegetarians (eating no meat products), or vegans (eating no animal products at all) with regard to EDs.  Much of the research done on vegetarianism in ED has defined vegetarians as those simply excluding red meat, which does not accurately describe what most define as a vegetarian diet.

The Many Reasons Behind Becoming Vegetarian

While the reasons people choose to become vegetarian are also complex, the majority of individuals cite health concerns. For example: 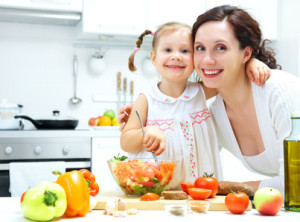 However, listing “health” as a motivation can be vague, since individuals may consider low body weight and health as synonymous (Gilbody et al., 1999; Martins et al., 1999). Dieting to lose weight in general is a risk factor for later development of an ED, and some have believed dieting could be related to vegetarianism (Jacobi, Hayward, Zwaan, Kraemer, & Agras, 2004; Gilbody et al., 1999).

Some may choose to be vegetarian based on the current diet trends that are circulating or related peer pressure from close friends or family who follow something similar. Bardone-Cone and his colleagues (2012) found that although nearly half of those with an ED history and a vegetarian diet had chosen vegetarianism for weight-related reasons, none of their counterparts without an ED reported this reasoning.

In other words, this study seemed to indicate that individuals with an ED who were vegetarian might be more likely to choose to eat vegetarian for weight purposes than vegetarians with no ED history.

Which comes first, the vegetarian or the ED?

Bardone-Cone and colleagues (2012) found that 61 percent of current ED individuals who have had a vegetarian diet said they believe there was a relationship between their ED and choosing to be a vegetarian. These authors found vegetarianism in the history of about half of people who develop Anorexia Nervosa, and that more AN patients who were vegetarian struggled to complete ED treatment (Bardone-Cone, et al., 2012).

However, they also found that people with an ED on a vegetarian diet reported ED symptoms before choosing to be vegetarian with an average of one year between the onset of ED symptoms and eating vegetarian. Consistent with earlier studies (for example, O’Connor, Touyz, Dunn, & Beumont, 1987), these authors suggest that though ED sufferers are more likely to be vegetarian, it seems that vegetarianism is not usually a specific precedent to an ED.

Rather, it seems that people who are predisposed to risk for developing an ED are more likely to engage in vegetarian eating patterns (Bardone-Cone, et al., 2012).

The Meaning of “Dietary Restraint”

Herman and Mack (1975), in their original definition, suggest that “dietary restraint” is the willful restriction of food in order to control body weight.  This definition of dietary restraint perhaps elucidates some of the trouble with other definitions: Vegetarians – by their very definition – exclude entire food categories from their diet, such as meat and fish, but not all vegetarians are trying to control their body weight.

One key difference, then, between those at high risk for EDs and those with low risk is a person’s desire to control their body shape and weight.

Timko et al. (2012) attempt to tackle this question by comparing a large sample of vegetarians/vegans based upon their primary motivations for choosing their dietary lifestyle. They found no differences in dietary restraint between those who endorsed:

However, the vast majority of their sample: Endorsed ethical reasons (59%) started and continued to be vegetarian/vegan for ethical reasons, while health (19%) and weight control (2%) made up much smaller proportions.

Unfortunately, no research to date has successfully answered the question of whether the reason one becomes vegetarians/vegan creates greater ED risk. 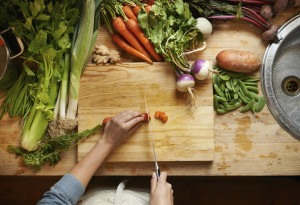 However, experience of many clinicians (e.g., Bardone-Cone et al., 2012; Gilbody et al., 1999) suggests that how a person thinks about controlling their weight in respect to their vegetarianism is crucial to whether a person recovers from an ED.

With this consideration, vegetarians who suffer from an ED may consider taking a “holiday” from eating vegetarianism while undergoing treatment in order to best determine how to help them to stop restricting calories.

This may also be helpful for optimizing food intake while in treatment and during re-feeding, when a variety of food is necessary for meeting calorie and nutrient requirements.

Particularly in the early phases of re-feeding and recovery, or if weight restoration is warranted, it may be challenging to meet total nutritional requirements when strictly following vegetarian guidelines.

When working with an individual who has been following a vegetarian or vegan diet, it is important to approach their treatment in a manner that meets their individual needs.

A trained ED clinician should work closely with a person’s to determine their motivations for choosing a vegetarian/vegan diet in order to respect his or her person-hood while providing the best chance of recovery.

Exploration of attitudes about food, existing patterns of eating, and the function vegetarianism would serve would all help clarify a person’s relationship with food and whether or not vegetarianism is positively or negatively contributing to a person’s overall wellness.

Taking a “holiday” from vegetarianism while in eating disorder recovery can also help clinicians to further explore this area with their patient and better determine what factors may be involved in the decision to become vegetarian.

The Complex Connection Between Eating Disorders and Vegetarianism

The information on the role vegetarianism plays in ED is certainly mixed and complex.  It is well-established that dieting to lose weight for any reason creates a risk of developing an ED. While most ED patients begin to have symptoms before they start a vegetarian diet, it is likely that the dietary restrictions become subsumed under the all-embracing motivational force that drives the ED.

Notably, Bardone-Cone et al. (2012) found that most ED patients report vegetarianism in their history, with those further along the continuum of recovery being less prone to this dietary pattern. This supports the O’Connor et al. (1987) observations made more than 25 years ago that, for most ED patients, avoidance of meat does not precede the onset of the ED symptoms.

This indicates that motivation for the dietary restriction in these cases is likely linked to the higher need to seek thinness than other reasons for choosing vegetarianism. This supports treatment recommendations that emphasize the importance of motivational factors in determining the appropriateness of vegetarianism and the idea that a “vegetarianism holiday” may be helpful for those whose onset is clearly or likely after the onset of their ED. 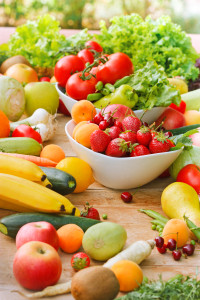 Having a multidisciplinary team work together with an individual in treatment who is vegetarian can be helpful in working through the many complexities associated with vegetarianism and eating disorders.

If an individual is firm in their decision to remain vegetarian while in eating disorder treatment, professional psycho-education and nutritional guidance will be necessary for maintaining appropriate strides for eating disorder recovery.

Understanding your options for progressing forward and the reasoning behind your decision for choosing to become vegetarian can all support you in making a decision that will benefit your recovery efforts for many years to come.

The River Centre Clinic has provided extraordinary and affordable care for more than 15 years. Our Adult Partial Hospitalization Program and our Adolescent Residential Program have achieved excellent outcomes and proven that inpatient treatment is rarely necessary for most patients with serious eating disorders.