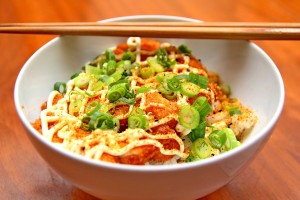 Of all the disorders co-occurring with anorexia, anxiety is the most common1. The eating disorder is strongly associated with anxiety, which usually precedes the eating disorder and remains even after recovery2.

In fact, some researchers, citing a shared genetic and behavioral link between anorexia nervosa and anxiety, have hinted the eating disorder may be better classified as an anxiety disorder3.

Many studies agree anxiety is extremely pervasive in cases of anorexia. The study by Kaye et. al. included nearly 700 individuals (some with anorexia, some with bulimia, and others with both eating disorders) and found about two-thirds of them had an anxiety disorder with obsessive compulsive disorder being the most common (41%).

Another study of nearly 2,500 individuals with all types of eating disorders had similar findings with almost 60% of participants having an anxiety disorder, again OCD being the most common4. Other research support these findings, which show an obviously disproportionate presence of anxiety in eating disorders.

The Worries About Food

This isn’t surprising, though. Anorexia orbits around anxiety — a constant worry about calories, exercise, food, cooking etc. Many people with the eating disorder describe their minds as the perennial broken record incessantly playing the same messages: don’t eat, exercise, and so on.

Yet the relationship may run more deeply. Most people with both an eating disorder and anxiety report the anxiety was present before the eating disorder, dating as far back as childhood (Kaye, et. al., 2004) and those recovered from anorexia report significantly elevated levels of not only anxiety but also depression and obsessions5. These findings suggest anxiety is a reason why someone develops anorexia, rather than a symptom of the eating disorder. 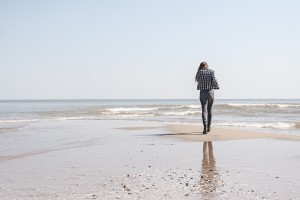 It’s even possible that anorexia and anxiety disorders are hereditary and passed on to family members. Strober et al. found first-degree relatives of people restricting type anorexia (relatives who share about 50% of the same genes, so parents, siblings, and offspring) are at 3 times greater risk of developing OCD, generalized anxiety disorder (GAD), and obsessive compulsive personality disorder (OPCD), and a moderately elevated risk of panic disorder, social phobia, separation anxiety, and simple phobia.

The researchers speculate anxiety disorders and anorexia may be linked genetically and neurobiologically. They go on to reason that anorexia most often surfaces during teen years because this hereditary fear and anxiety escalates with the stress of adolescent changes to body and mind.

This theory is similar to others that hypothesize anorexia is a subconscious way to deal with premorbid anxiety — that the anorexia helps control the anxiety6.

Anorexia as an Anxiety Disorder?

Now, these same researchers suggest anorexia could even be classified as an anxiety disorder, and this has ruffled some professional feathers. Studies have for decades compared people with OCD to anorexics with obsessive and compulsive traits; and most have found that although the two populations share some diagnostic characteristics, pathways of the disorders are different7.

The general population of professionals treating and researching eating disorders currently adopts a more mainstream, and perhaps more palatable, theory that anxiety can be a deeply influential factor in the development of anorexia nervosa.

Have you or your loved one struggled with anxiety as a co-occurring with disordered eating? Were both treated simultaneously? What advice do you have to share?