People with attention deficit hyperactivity disorder (ADHD) have nearly four times the risk of developing an eating disorder when compared to their peers.[1]

ADHD and eating disorders share common genetic risks, thought patterns, and neurological changes. It can be hard to tease the two conditions apart.

Does someone have unusual eating patterns due to ADHD? Or do they have an eating disorder masking their ADHD symptoms?

Thankfully, treatment programs don’t require patients to treat one condition at a time. If you have both ADHD and an eating disorder, a tailored program could help you address both issues at the same time. 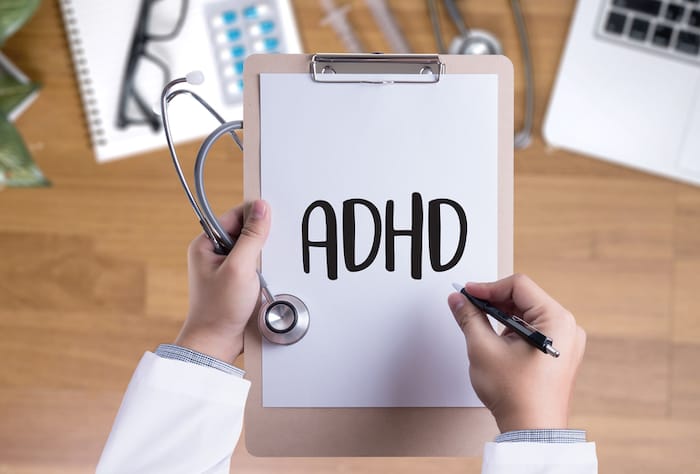 People with ADHD often have a complex relationship with food. Their eating habits could put them at risk of developing an eating disorder later in life.

Common nutrition issues in people with ADHD include the following:

Many eating disorder behaviors can be misread in a person who is struggling with ADHD. It is crucial to treat and address this primary concern in order to better deal with the eating disorder.

While many individuals associate apparent symptoms with ADHD (such as restlessness, inability to concentrate, or impulsiveness), there is rarely a connection made to eating disorders. But researchers say ADHD is linked to the three common eating disorders.

Girls with ADHD are almost six times more likely to have bulimia than their peers.[4] Bulimia is characterized by cycles of bingeing (in which the person eats a large amount of food) and purging (in with the person vomits, uses laxatives, or exercises) to remove the food before digestion.

People with ADHD may struggle to resist the impulse to binge, as impulsivity is a hallmark of ADHD. Once the binge is over, they may feel purging is the only solution.

People with binge eating disorder (BED) eat large amounts of food but don’t purge those meals. They are often overweight due to this behavior.

Impulsivity plays a role, as someone with ADHD may find it hard to resist tempting foods. But researchers also say that some people with ADHD have unusual brain responses to food, which makes their meals more rewarding than they are to others.[5] These people may eat because it’s intensely pleasurable to them.

The link between anorexia and ADHD isn’t as clear or well studied as connections to other eating disorders. But we do know some people with ADHD have sensory defensiveness, which is commonly associated with autism.[6]

They have strong reactions of disgust to some foods that others enjoy. It’s easy to see how this could become both food restriction and anorexia. 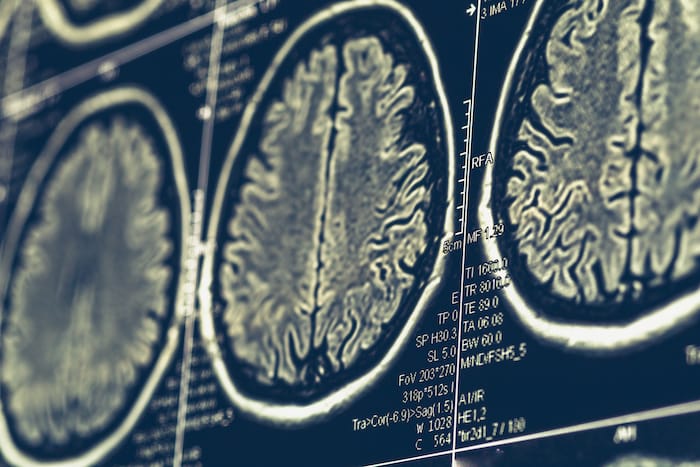 Doctors and therapists want to know why people with ADHD also have eating disorders. The more they know, the better they can help their patients. The research is compelling.

Experts say people with ADHD may be more susceptible to eating disorders due to a reward deficiency syndrome (RDS).[7]

People with this issue seek out rewarding activities, no matter the cost. And they could eat in bingeing patterns as a result. They may also tackle other risky behaviors during the course of their ADHD.

Researchers also say that there’s a genetic link between ADHD and eating disorders. People who have both tend to have children with both issues too.[8]

ADHD can often be a root problem of eating disorder behaviors, and treatment for ADHD can often help alleviate symptoms related to the eating disorder. For individuals who struggle with ADHD, food may become a way of self-medicating or exercising control in an environment that feels chaotic or out of balance.

For a child or adult who is struggling with ADHD, a focus on managing these symptoms first can help an individual to work through eating disorder issues more effectively.

Seeking out professional and specialized care is a key component of the recovery journey and necessary for one to make strides in healing and wellness. Because many of the symptoms of ADHD and eating disorders can be similar, a health professional who specializes in this area can help determine what is related to ADHD and what is symptomatic of an eating disorder.

Medications like Vyvanse could be part of the treatment program. This medication is approved to treat both ADHD and BED.[9] A medication like this could soothe chemical imbalances and help you feel better.

Your team may also look for other mental health concerns. People with ADHD and eating disorders also have a higher risk of depression and anxiety disorders.[10] Treating these additional issues could be critical.

Having ADHD and an eating disorder can feel overwhelming at times, but staying focused on the goal of recovery and utilizing resources for treatment can be a helpful part of getting well and overcoming challenges.

Be encouraged in knowing that there is help and hope. By taking one step at a time on this journey, you can find a way to manage your ADHD and overcome an eating disorder.