Major Depressive Disorder is one of the most common mental health diagnoses to co-occur with eating disorders [1]. Between 50% to 75% of those that struggle with an eating disorder will also experience symptoms of depression [2]. The close relationship between these two disorders makes it important to understand and consider in identifying, diagnosing, and treating eating disorders.

The Diagnostic & Statistical Manual of Mental Illness, Fifth Edition (DSM-5) specifies the criteria necessary for an individual to be formally diagnosed with Major Depressive Disorder. This criteria is as follows: 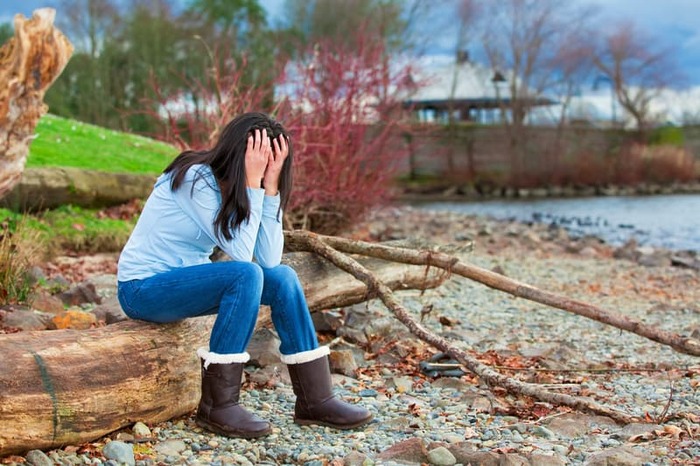 What are the Signs & Symptoms of Depression?

Signs of depression can sometimes appear as obvious, however, may go under-the-radar if one assumes depressive signs are simply a “bad day” or “bad mood.” If you or a loved one are experiencing any of the following symptoms, it is important to ask more questions:

Can Depression Cause Eating Disorders?

This is a simple question without a simple answer. There is no one cause of eating disorders, however, depressive symptoms and behaviors can contribute to eating disorder development.

Depression is a challenging disturbance in mood and those that struggle with it often reach for various behaviors in an attempt to cope. Some of the behaviors they turn to are maladaptive, such as eating disorder behaviors of restricting, binging, and/or purging.

Individuals with depression and eating disorders also share a few symptoms such as feelings of low self-worth, which can contribute to the development or maintenance of both disorders.

Finally, individuals with depression experience varying appetite changes due to their depressive symptoms, which may leave them vulnerable to disordered relationships with food.

Depression co-occurs with every eating disorder, however, the relationship it has with each individual diagnosis may differ.

Anorexia Nervosa and Major Depressive Disorder are undoubtedly connected, with 42% of those with an eating disorder experiencing co-morbid depression [2].

One of the strongest connections researchers find between these two disorders is the common symptoms of low self-esteem and body dissatisfaction [4]. These feelings can lead to development of either disorder as well as perpetuation of the disorder if untreated.

The question of which comes first does not have a clear answer and likely never will. For each individual, the dynamic between depressive and eating disorder symptoms can vary. Some might well experience depressive struggles first and use disordered eating to cope while others might engage in eating disorder behaviors and experience subsequent depressive symptoms due to malnourishment or hopelessness.

Regardless of which comes first, both anorexia nervosa and depression are serious disorders that, when combined, can have dire consequences if not treated.

The Relation of Depression and Binge Eating

Bulimia Nervosa is the eating disorder that co-occurs with Major Depressive Disorder the most, with 70.7% of individuals struggling with bulimia being diagnosed with depression at the same time [2].

Bulimia and depression share similar emotional and cognitive symptoms such as low self-worth, loneliness/isolation, feeling out of control, anger/irritability, and inadequacy. These disorders also have the shared consequence of impaired social and occupational functioning.

Additionally, the impact that purging behaviors has on the brain and body make depressive symptoms more likely to develop and emotion regulation more difficult for the individual.

Similar to anorexia and BED, there is no distinction of which disorder occurs “first,” only the understanding that the two often interact with one another.

Major Depressive Disorder has been around for some time, therefore, a great deal of research has been conducted to further knowledge of this dangerous mental illness.

The key to treating co-occurring eating disorder and depressive symptoms is to acknowledge that neither is more or less urgent and that both must be treated simultaneously. There is one caveat to this, however. If the physical impact of an individual’s eating disorder is so severe as to make them medically unstable, they must first go to inpatient hospitalization for medical stabilization. During this hospital stay, they may address the impact of their depression on their eating disorder, however, the primary focus is to support physical stabilization. As the individual steps down in levels of treatment, they can then focus on the more psychological aspects of their eating disorder which will undoubtedly involve exploration and treatment of depression symptoms.

There are numerous medications approved by the United States Food & Drug Administration to treat major depressive disorder. Some of these include Selective Serotonin Reuptake Inhibitors (SSRIs), Serotonin and Norepinephrine Reuptake Inhibitors (SNRIs), Tricyclic & Tetracyclic antidepressants, among many others [7]. To see what medications are FDA-approved to treat Major Depressive Disorder, you can check this link (https://www.fda.gov/consumers/free-publications-women/depression-medicines). Always ask your doctor and/or psychiatrist what medication might be best for you and do not hesitate to ask any questions to learn all you can about your medication options.

Therapy is an effective and key aspect to the treatment of both eating disorders and major depressive disorder. Therapy can support an individual in identifying the emotions, lack of coping skills, cognitions, and environmental circumstances that contribute to their symptoms and assist them in learning skills to combat or alter these. Some of the most effective treatments for both eating disorders and major depressive disorder are Cognitive Behavioral Therapy (CBT), Dialectical Behavior Therapy (DBT), family-based treatments, psychodynamic therapy, and interpersonal therapies.

Eating disorders and depression, regardless of severity of either, are absolutely treatable through the use of both medication and therapy.

The most important aspects to recovery often involve continued maintenance of treatment, meaning the individual continues to attend outpatient treatment and/or engage in support groups to maintain recovery. 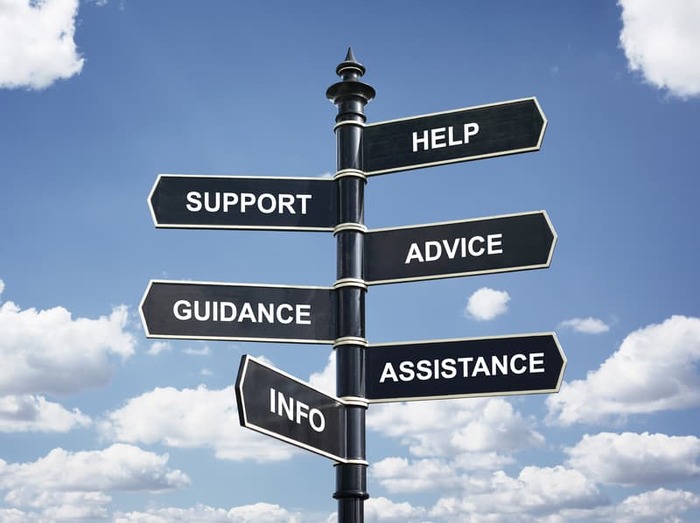 For those experiencing comorbid depression and eating disorder symptoms, do not allow hopelessness to poison your focus on recovery. It is possible to overcome both illnesses and live a fulfilling life.