Need Help - Find A Treatment Program Today
Call 866-932-1264
Advertisement*About Our Number
About This Helpline
This entry was posted in Research and tagged Eating Disorder Recovery, research, Support on February 5, 2018 by Jane McGuire. 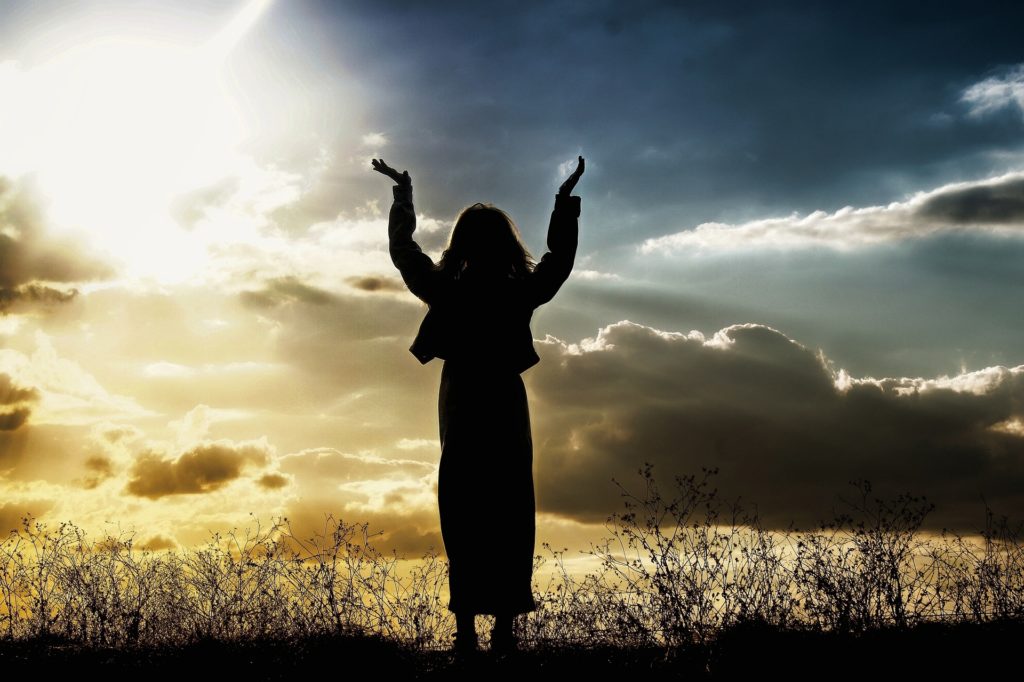 Religions around the world engage in fasting or restriction of foods as part of their practices. Some are daily, monthly, or around holidays.

Some of the most known religions to use fasting practices are the Islamic holy month of Ramadan, the Christian season of Lent, and the Jewish holy day of Yom Kippur [1].

There are ways to practice your religion without the use of fasting or omitting various foods, especially if you are not healthy enough to engage in fasting practices.

With the practice of Lent in Christian churches, the goal is to challenge yourself with something that you refrain from during the Lenten season. The goal is to become closer in your relationship with God.

Most churches do not, however, promote fasting or omitting food if you are not physically healthy or medically unstable.

Some individuals choose non-food items to give up during this season such as social media, television, negative self-talk, or even adding something positive to their life such as volunteering.

During Ramadan, a person can be excused from fasting due to an intense illness that would be made worse by fasting or delay recovery [1]. Individuals abstain from food to resist what is ‘good for you; so can resist the bad.’

Some individuals choose to practice Ramadan by working to control anger, practicing good deeds for others, practicing personal discipline, and volunteering.

With Yom Kippur fasting is about spiritual exercise and reminds them of their attachment to the physical and focus on Teshuvah and spiritual growth [1].

Being able to use this time to offer up small thoughts or intentions before eating can be a way to honor Yom Kippur and not relapse into an eating disorder.

In Hinduism, various fasting practices can occur. They often tie into personal beliefs, local customs, and preferred diets. The goal of fasting is to find peace and recenter your spirituality.

Regardless of the religion, you follow there may be intense pressure to conform to fasting rituals and customs.

In a 2014 study, that looked at articles exploring the relationship between various aspects of religions, spirituality, and eating disorders in men and women found that there is a strong connection between internalized religious beliefs and having a solid and secure relationship with God [2]. 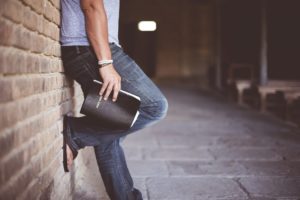 We know from previous studies that eating disorders can develop from disordered eating and co-occurring mental health disorders. Those who have distorted body image are also at a higher risk for the development of eating disorders.

Religion and spirituality can have both negative and positive or non-significant influence on disordered eating and body image concerns.

Religion can provide a positive way of coping with stressful times for many. It can also provide a basis for self-worth and values as well.

Spirituality can be defined as a “distinctive, potentially creative, and a universal dimension of human experience….it can arise from both an inner subjective awareness of individuals, and within communities, social groups, and traditions” [3]. 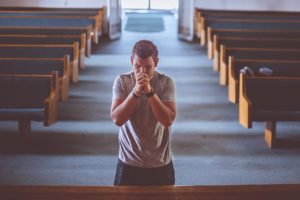 A person’s experience can be influenced by cultures, societies, traditions, and communities. Often spirituality is about a person’s connection with God or their Higher Being. It is about finding and maintaining that relationship.

Fasting may be an eating disorder behavior but disguised in religious action. In a 2013 study, researchers looked at women in Bulgaria who used traditional and religious fasting [4]. 205 women participated in the study between the ages of 18-30.

The women were grouped according to their faith and dietary restraint to evaluate if the two were connected. Faith groups included non-believers, passive believers, and active believers.

In the dietary restraint categories, they were grouped into non-restrictors, dieters or fastors, or dieter-fastors.

The researchers found that those women who were attracted to the impression of the ‘thin idea,’ engaged in non-religious fasting, had more media exposure, and had higher levels of disordered eating were more likely to diet.

Those women who fasted and tended to be more religious did not seem to have higher levels of eating distress and reported being less dissatisfied with their bodies.

Another result was that women who did score higher in eating distress and had a strong faith used additional dietary restraint and had more body image issues.

Women who scored low in eating distress and had stronger faith were found to be less commonly associated with dietary restriction [4].

Religion throughout history has shown that Saints are more apt to develop an eating disorder as they try to strengthen their relationship with God.

In today’s society, some people are drawn to religions that include fasting to help promote their eating disorder and offer a valid reason for their behaviors.

Having an awareness of what your religion is asking of you during times of fasting or food restriction can help you prepare and talk with your spiritual director on ways to practice your religion without fasting to protect your recovery and healing.

[1] Golden, C. (n.d.). Cultural or Religious Fasting and Eating Disorders. Retrieved December 13, 2017, from https://www.eatingdisorders.org.au/eating-disorders/disordered-eating-a-dieting/cultural-or-religious-fasting
[2] Akrawi, D., Bartrop, R., Potter, U., & Touyz, S. (2015, August 15). Religiosity, spirituality in relation to disordered eating and body image concerns: A systematic review. Retrieved December 13, 2017, from https://jeatdisord.biomedcentral.com/articles/10.1186/s40337-015-0064-0
[3] Pittock, A. (n.d.). How are anorexia nervosa and spirituality connected , and what implications does this have for treatment? Royal College of Psychiatrists . Retrieved December 19, 2017.
[4] A. (2015, April 10). Not So Fast: Is There a Connection Between Religious Fasting and Eating Disorders? Retrieved December 19, 2017, from http://www.scienceofeds.org/2015/04/10/not-so-fast-is-there-a-connection-between-religious-fasting-and-eating-disorders/