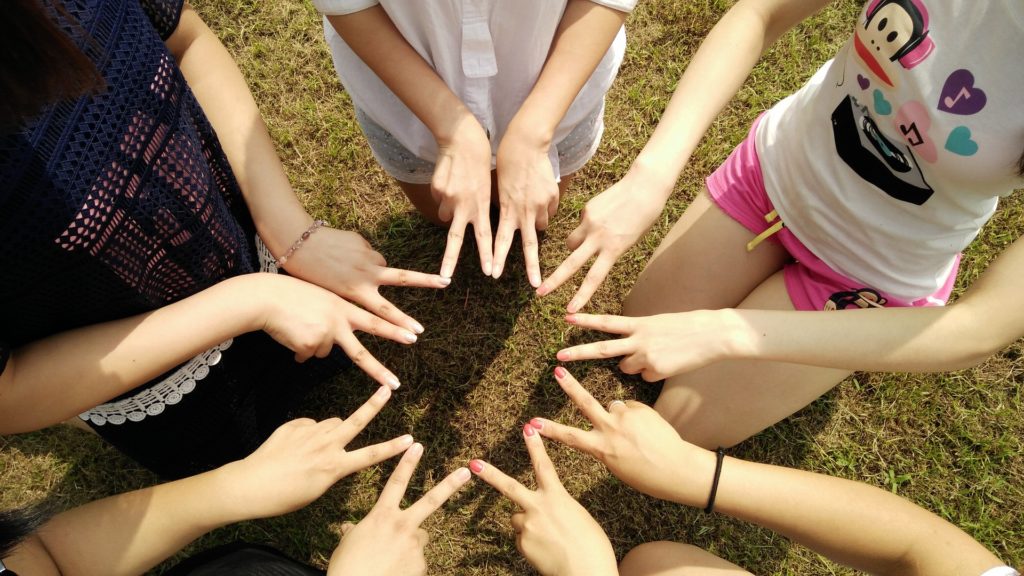 Dieting behaviors among college students are becoming more common. 83% of university females have consciously tried to lose weight or engaged in dieting behaviors [1].  The Multi-Service Eating Disorders Association (MEDA), reports that 15% of women aged 17-24 have an eating disorder and 20% of college students say they have previously had an eating disorder, and 91% of college females students have attempted to control their weight through dieting [2].

There are three main types of eating disorders that have different symptoms.

The three kinds are anorexia, bulimia, and binge eating disorder. It helps to know the difference between the three categories to understand better how to help your sorority sister.

Anorexia is when a person feels that they are overweight or fat and want to become leaner. Typically this leads to eating disorder behaviors such as over exercise, food restriction and dieting practices; She may have an obsession with being ‘thin’ even when underweight.

Signs include an intensive drive for thinness, a refusal to maintain a minimum weight, a fear of becoming fat, and a distorted body image [2].

Women in college who experience a distorted view of their body may avoid situations with food such as eating in school cafe and may start to withdraw socially. There may be emotional changes such as irritability, depression, and anxiety.

Bulimia is episodes of binging where large amounts of food are consumed in two hours or less followed by self-induced vomiting, excessive exercise, and laxative or diuretic abuse, or a combination of all three.

Feelings of shame and guilt are typically felt by individuals who struggle with this disorder. Physical signs can be swollen glands, discolored teeth, calluses on the knuckles, broken blood vessels around the eyes, gastrointestinal distress, and fatigue.

Women with bulimia are obsessed with their body weight and shape and often have a distorted body image. They can become socially withdrawn, depressed, and self-critical.

Other signs can include missing amounts of food, frequent trips to the bathroom after meals, and night eating.

Binge Eating Disorder is when a person engages in episodes of binge eating with no compensating behaviors. It is also followed by feelings of guilt and shame. Typically those who engage in binge eating are overweight or obese. They may eat when they are not hungry and have remorse for their behaviors.

With eating disorders being common in sororities and universities nationwide, there are things that you can do to help a sister who is struggling.

1.  Be gentle with your friend about your concerns. Often the person struggling will feel overwhelmed and defensive when approached.

Address your friend with care and compassion. Share your observations of concern as well as your support for an assessment and seeking resources on campus.

2.  Know that your friend may not be ready to accept help or admit that they have an issue. They may become irritable with attempts to address their disordered eating and may become defensive.

Do not give up on your friend. Let them know that you are there for them when they are ready to talk and that you will check in with them at a later time to see if they are willing to talk.

3. Have resources ready for your friend when talking with them. Let them know what resources are available on campus and in the community. Inform your sister that you are willing to go with them to an appointment if they would like. 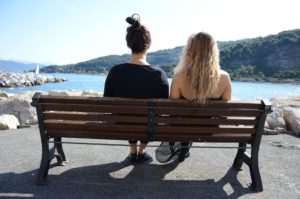 It’s important for your friend to feel that they have control over their treatment. Most often eating disorders are about power and control when they feel out of control in various areas of their life.

5.  Get your friend engaged in social activities, grab a coffee or tea, or do something that does not involve food or intense exercise. Being able to get your friend out of their environment and connected to other things such as nature, friends, family, spirituality, art and other activities can help them disengage from the eating disorder for a while.

6. Ask your friend what they need from you and how you can help them. Some individuals may be in therapy or treatment already but could use a meal buddy during the recovery process.

Asking what support your sorority sister needs and helping them through this tough time is rewarding for both of you.

Helping your sorority sister get through bulimia, anorexia, or binge eating disorder is important and could eventually save her life.