Need Help - Find A Treatment Program Today
Call 866-932-1264
Advertisement*About Our Number
About This Helpline
This entry was posted in Recovery Support and tagged Eating Disorder Recovery, LGBT, Support on January 9, 2017 by Jane McGuire. 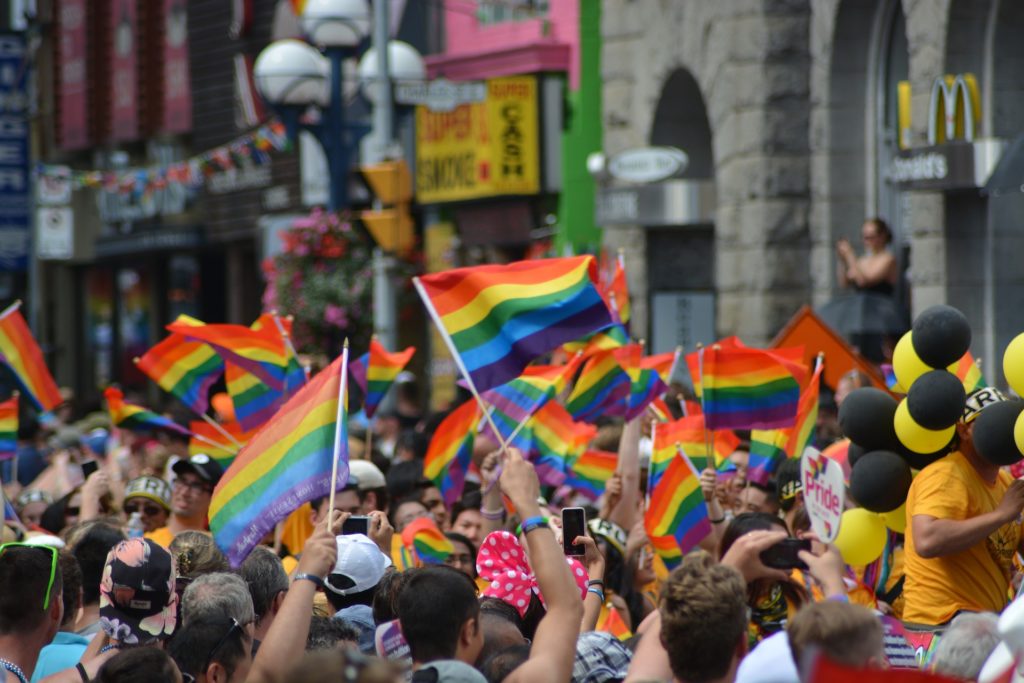 Eating disorders are stereotypically seen as a white, middle class female disease. Reality is that eating disorders can cross any cultural, demographic, sexual orientation, or financial lines. According to the National Eating Disorder Association, the LGBT community is at higher risk for developing an eating disorder which can be associated with the likelihood of past trauma and difficulties of coming out [2].

There are various reasons for LGBT individuals to develop eating disorders. Coming out, bullying, anxiety, depression, low, self-esteem and unhealthy coping mechanisms are co-occurring conditions that can be contributing factors to developing an eating disorder].

Contributing factors can be coming out and fear of rejection by family, friends, and coworkers, internalized negative messages and beliefs about oneself to sexual orientation or transgender identity and non normative gender expressions. Experiences such as violence and trauma can increase vulnerability to eating disorders. Discrimination, bullying, discordance between one’s biological sex and gender identity, homelessness or unsafe home environment, body image issues, lack of education and awareness in LGBT communities, and access for support for LGBT issues [1].

Risk Factors For Eating Disorders in the LGBT Community

Research shows that lesbian women experience less body dissatisfaction overall, and shows that as early as 12, gay and lesbian and bisexual teens may be at a higher risk of binge-eating, and purging than heterosexual peers [1]. In another study, gay and bisexual boys reported being significantly more likely to have fasted, vomited, or taken laxatives or diet pills to control their weight and gay males were 7 times more likely to report binging and 12 times more likely to report purging than heterosexual males [1].

In another study, gay and bisexual men have had a higher prevalence of eating disorders than heterosexual men [3]. Younger LGB men and women aged 18-29 years were more likely to have subclinical bulimia compared with older LGB participants aged 30-59 [3]. This could suggest that younger generations of men and women are more vulnerable to sociocultural messages about appearance.

Transgender individuals have significantly higher risk of developing an eating disorder [2]. Transgender individuals can often experiences higher rates of pressure from society to conform to ‘normal’ standards of femininity so risks for developing eating disorders, to suppress or accentuate gendered features, is higher than those of the LGBT community. 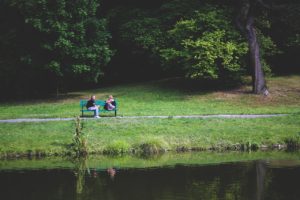 According to the American College Health Association (ACHA),National College Health Assessment II, a national survey of health of college students, looked at how eating disorders impact the transgender community. Previous research in the areas has shown that gay and bisexual men have significantly higher risk for eating disorders [4]. 16% of those studies reported being diagnosed with an eating disorder within the past year, and those that are cisgender men reported 3.6% [4].

One reason for a higher rate of eating disorders, is the impact of stress from minority discrimination, violence, and stigma transgender people experience. The ACHA reports that among lesbian, gay, and bisexual individuals, a strong link has been found between higher levels of minority stress and poorer mental health outcomes. Another reason for higher rates could be that transgender individuals are seen in higher rates with mental health professionals for comorbid issues. In a study published by the National Transgender Discrimination Survey found that 75% of transgender people had received counseling on their gender identify, which compares to 18% of the general population [4].

Eating Disorder Treatment For Those in the LGBT Community 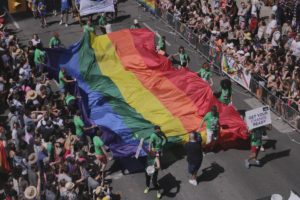 Eating disorders can develop from trying to changes one’s body through dieting and exercise to resemble who they believe they are internally. Individuals may try to stop, delay, or reverse puberty by fasting, over-exercising, or purging.

For non cisgender individuals, recovery can be significantly challenging due to the fact that it requires relearning how to accept their body outside of an eating disorder, as well as confronting and challenging their fundamental belief of feeling incongruent with their appearance and/or gender [7].

It can be a traumatic experience to grow up homophobic in a primarily heterosexist world. Many individuals may feel confusion or shame regarding their sexual orientation and gender identity. Children and adolescents are especially prone to attempting to change their internal experiences by changing their bodies and controlling aspects of life that they feel are controllable, such as food, exercise, and appearance [7].

In conclusion, it is important to have awareness, education, and support for LGBT individuals, especially those with eating disorders. Providing awareness to community resources, mental health resources, schools, and healthcare providers can provide opportunities for individuals to seek support and help for comorbid issues.

About the Author: Libby Lyons, MSW, LCSW, CEDS is a specialist in the eating disorder field. Libby has been treating eating disorders for 10 years within the St. Louis area, and enjoys working with individuals of all ages.