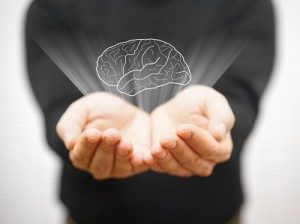 Millions of people share something in common. They’re preoccupied with their looks and perceive flaws in their appearance that only they can see.

This may seem like nothing more than a bit of vanity. After all, most people are conscientious about how they look and many are dissatisfied with some aspect of their appearance. But those who suffer from body dysmorphia, or distorted body image, are stuck in an all-consuming obsession that can significantly disrupt their lives.

What is Body Dysmorphic Disorder?

Body dysmorphic disorder (BDD) is a distinct mental disorder characterized by intense obsession over some aspect of appearance. This obsession causes significant distress and interferes with activities of daily life including social events, family, and work. Those who suffer from BDD are:

Often times, those who suffer from BDD search endlessly for a physical solution for what is actually a disease of the mind. A disease that rarely gets better on its own, if ever.

Body dysmorphic disorder can co-occur with other conditions such as:

The Emotions That Support a Distorted Body Image 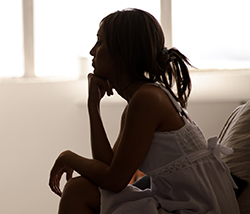 A distorted body image involves a negative pattern of thinking that is highly self-critiquing. This constant internal criticism creates feelings of shame, guilt, and embarrassment. These feelings may therefore prevent those who suffer from distorted body image from seeking the help that is available.

Instead, they become convinced that their deeply held assumptions and beliefs about themselves are accurate and reasonable.

Cognitive behavioral therapy (CBT) is a form of psychotherapy that focuses on changing patterns of thinking or behavior in order to change an emotion. CBT is used to treat a wide range of challenges including anxiety, substance abuse, depression, and more. This problem-solving technique teaches the skills necessary to overcome negative and destructive patterns of thinking.

In CBT, the idea is that it’s not the event that creates our emotions, it’s how we interpret the event or the meaning that we give it.

For instance, in body dysmorphic disorder, this may manifest in the following ways:

Cognitive behavioral therapy helps to identify which factors are playing a role in maintaining a negative body image and works to address each one by teaching the skills necessary to allow healing to occur. 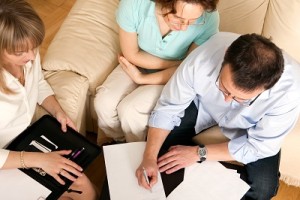 The cognitive part of CBT works off of the basic assumptions that:

Cognitive behavioral therapy helps individuals by identifying and changing those thoughts that are not accurate in order to create a different outcome.

The behavioral part of CBT works off of the basic assumptions that:

Cognitive behavior therapy helps people overcome difficulties by identifying and changing those behaviors that contribute to the formation and maintenance of destructive thoughts and emotions.

What We Perceive We Believe 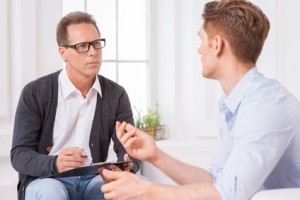 By interrupting a pattern of thinking and behaving, a different emotional outcome can be created.

With negative body image, physical appearance is given an abundance of importance as related to self-worth. Those who suffer from body dysmorphic disorder may believe that a particular physical attribute defines them or casts them in such unfavorable light that they are essentially worthless.

Recognizing these inaccurate perceptions is difficult once they take hold. An experienced therapist can facilitate this process so that irrational and destructive thoughts can be identified.

The next step in thought challenging involves evaluating negative thoughts and then challenging them. This requires evaluating the evidence that supports the negative pattern of thinking. For instance, in distorted body image, people often believe a particular physical attribute will make them unpopular or disliked.

Strategies to challenge this idea include weighing the pros and cons of holding on to this belief and assessing the realistic probability that this belief is actually true. 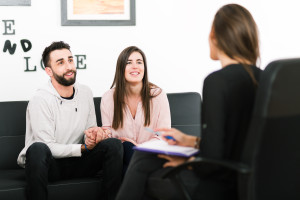 Once the negative thoughts have been identified and evaluated for truthfulness, it is time to replace them with positive, productive thoughts that create a favorable outcome. This involves practice and dedication but has been demonstrated to be extremely effective in breaking the cycle of negative thinking.

The goal of CBT is to be as objective and realistic as possible in interpreting situations that tend to trigger automated, negative thought patterns. By becoming more aware of the power of automated thoughts, the ability to interrupt them can be developed and utilized to overcome a wide range of destructive disorders including body dysmorphic disorder.

Have you struggled with body image? Has cognitive behavioral therapy helped you with your struggle?

Nicole Garber, M.D., is Chief of Pediatric and Adolescent Eating Disorders at Rosewood Centers for Eating Disorders. Dr. Nicole Garber is one of the few pediatric and adolescent eating disorders experts who is also a Board Certified Psychiatrist and a Board Certified Child and Adolescent Psychiatrist. Because of this dual board certification, Dr. Nicole Garber provides a comprehensive developmental perspective that enhances her work with patients of all ages.

The opinions and views of our guest contributors are shared to provide a broad perspective of addiction. These are not necessarily the views of Addiction Hope, but an effort to offer discussion of various issues by different concerned individuals.