Having a history of trauma is a risk-factor that makes one more vulnerable to eating disorder behaviors. Understanding this relationship is important for eating disorder identification, treatment, and recovery.

What is Post-Traumatic Stress Disorder (PTSD)?

Post-Traumatic Stress disorder, also known as “PTSD,” is a commonly-used term, however, it is often used incorrectly. Many use PTSD to casually refer to having an emotional response to something that was difficult or emotionally scarring for them. The reality of what PTSD is for those that suffer from it is anything but casual and can debilitate an individual to the degree that it severely impacts their life.

PTSD Definition According to DSM-5

The Diagnostic and Statistical Manual of Mental Illness, Fifth Edition (DSM-5) specifies the symptoms that indicate an individual’s trauma experience has severely impacted their mental health to the degree that it warrants a diagnosis. This criteria is quite long and, therefore, will not be detailed here, however, it is important to clarify the essential features required for diagnosis.

The DSM-5 denotes that PTSD is characterized by the development of characteristic symptoms following exposure to one or more traumatic events [1]. The individual often experiences intrusion symptoms such as distressing memories, dreams, and/or flashbacks associated with the traumatic event(s) that begin after the event(s) occurred [1]. These distressing symptoms can cause the individual to become emotionally dysregulated, however, they may also become dysphoric and dissociate. Individuals will often alter their entire daily lifestyle to avoid stimuli associated with the traumatic event(s). 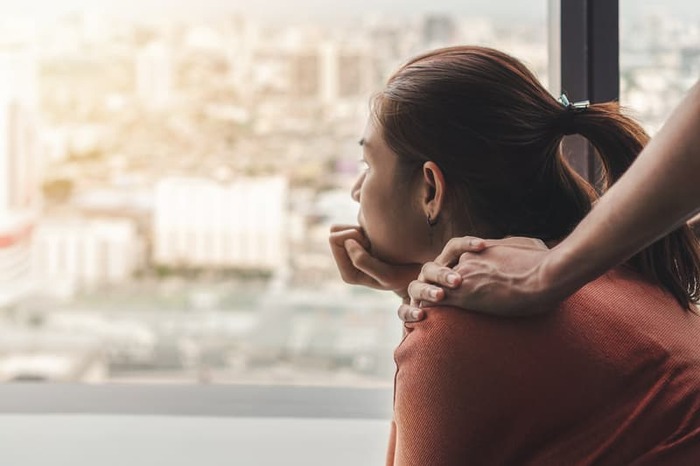 As a result of the traumatic event(s), individuals with PTSD will often develop negative beliefs about themselves or the world (e.g. “no one can be trusted” or “I am bad”) [1]. They may struggle with memory impairment related to the event due to dissociative amnesia and will likely experience a persistent negative emotional state and inability to experience positive emotions. Individuals with PTSD are often hypervigilant and reactive to any stimuli related to their trauma.

These symptoms must be present for more than one month and must cause clinically significant distress or impairment in social, occupational, or other important areas of functioning to meet criteria for full diagnosis of PTSD [1].

To communicate a PTSD diagnosis worldwide regardless of cultural or geographic differences in terminology, the International Classification of Disease, or ICD-10, Code is F43.10.

Signs of PTSD to Look For

The following indicate an individual may be struggling with PTSD:

What is an Eating Disorder?

Eating disorders are characterized by a persistent disturbance of eating or feeding-related behavior that leads to altered consumption or absorption of food. These disorders cause serious impairment in every area of an individual’s life such as their physical health, mental wellness, relationships, job/school performance, etc.

Approximately 30 million Americans struggle with at least one of the following feeding and eating disorders:

Can PTSD Cause Eating Disorders?

While PTSD and eating disorders often co-occur, the direction of this relationship can go either way. Some individuals may struggle with PTSD and utilize eating disorder behaviors as maladaptive coping skills, attempts to gain feelings of control, or attempts to disconnect from or punish the body. Conversely, it is also possible that an individual with an eating disorder can be more vulnerable to trauma events because of their disorder. For example, an individual engaging in “drunkorexia” behaviors becomes more likely to lose control and/or consciousness while drinking due to malnourishment and is more vulnerable to being the victim of a crime. Additionally, some individuals with an eating disorder are severe enough to warrant inpatient hospitalization and tube feeding for medical stabilization and may even experience severe health complications that bring them close to death, which can cause a trauma response afterward.

While anorexia nervosa is a serious disorder, it is actually the eating disorder that co-occurs with trauma the least [2]. Studies have found that PTSD symptoms tend to occur prior to the onset of anorexia symptoms [2]. This indicates that individuals develop anorexia behaviors after experiencing traumatic event(s), therefore, lends evidence to the fact that anorexia development occurs as an attempt to cope with or dissociate from trauma.

Approximately 26% of women with Binge Eating Disorder (BED) meet criteria for PTSD [3]. Both disorders are characterized by experiences of depressed or negative mood-states, low and/or negative self-worth, and difficulty regulating and coping with uncomfortable emotions. Individuals that have experienced trauma might use binge eating behaviors as a method of ineffective coping, as binge eating allows a means of disconnecting from the moment and releases neurons in the brain that create temporary euphoria. Individuals with BED and PTSD also tend to present with difficulties with impulse-control.

Bulimia nervosa is the eating disorder that most commonly co-occurs with eating disorders, with research showing that bulimic symptoms of bingeing and purging are associated with significantly higher rates of Child Sexual Abuse (CSA) than restrictive behaviors [4]. Individuals with PTSD and Bulimia experience similar symptoms of impulse-control issues, negative self-worth, and difficulties with emotional regulation. Individuals with bulimia have reported significantly more “forgetting” of traumatic events than those with BED or without eating disorders, leading researchers to conclude that purging behaviors such as vomiting and laxative abuse, more than the bingeing behaviors, “promote avoidance, emotional blunting and numbing, and amnesia for painful traumatic memories [4].”

A great deal of research has been conducted on the relationship between PTSD and eating disorders and the following has been learned by researchers: 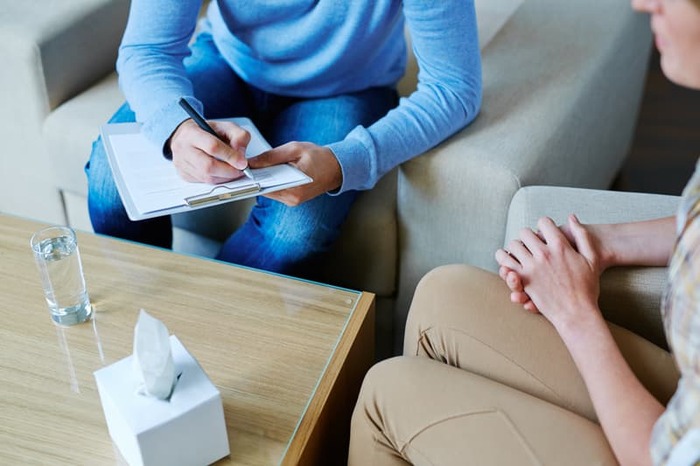 It is important to note that CBT is the most evidence-based treatment for eating disorders, however, it must be adapted to include stress inoculation training and prolonged exposure in order to be effective in treating both the eating disorder and PTSD simultaneously [4].

Overcoming experiences of trauma as well as eating disorder behaviors is likely something that an individual will need to work on their entire lives. This does not mean severity level will not reduce over time. There may come a day when the individual is barely impacted by their previous PTSD and eating disorder struggles at all. Even so, it is important that individuals always maintain awareness of their relationship with their trauma and eating disorder and how this is impacting their daily life. It is also important to consistently seek mental health support through therapy when necessary to maintain mental wellness and recovery. For some, this means consistently engaging in weekly therapy, for others, this may mean reducing sessions to quarterly check-ins. Whatever works best for your wellness is most appropriate, however, do not be afraid to accelerate visits as necessary during challenging times.