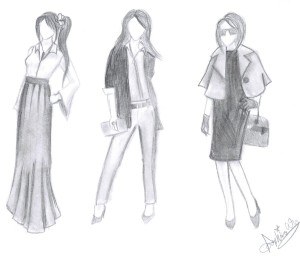 People like to blame Kate Moss. The former supermodel and legendary waif in the 1990s epitomized heroin chic and spawned a new strain of skinny fashion in contrast to the taller, curvier models, like Cindy Crawford and Naomi Campbell.

Moss was an easy target. She was super thin. And it was she who said: “Nothing tastes as good as skinny feels.”

While Moss may have been falsely accused of causing eating disorders, models after her generally slimmed down their already thin frames until it seemed skeletons and skin were on catwalks and in fashion magazines.

Pushing Back Against the Thin Trend

Even some in the industry agree it’s gone too far, joining advocates for healthier female images in advertising. A few years ago, Vogue editors worldwide promised not to use models with obvious signs of an eating disorder1. France recently stood with Italy, Spain, and Israel up against super-skinny models and passed a law requiring a healthy Body Mass Index of its catwalkers.

Dove’s “Campaign for Real Beauty,” turned upside down the advertising world, and Aerie, the undergarment sister brand to American Eagle, launched the Aerie Real campaign, refusing to retouch its models and promising its 15-to-21-year-old-female target group will finally see models without photoshop.

Models Are Getting Thinner 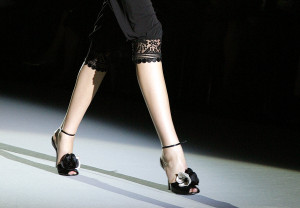 In fact, many models these days are thinner than the criteria for anorexia, and this ideal is “pervasive, with fashion models, cartoon characters, and Miss America Pageant winners all having become increasingly thinner over the past decades,” according to a meta-analysis of women’s body image and media3.

Advocacy groups fight this trend because children starting at age 8 watch between 3 1/2 to 5 hours of television each day, according to the Center on Media and Child Health, aimed for children to positively consume media.

How Exposure to Media Influences Our Body Image

The average American is exposed to more than 3,000 advertisements a day and watches three years worth of TV ads over the course of a lifetime4 Why the worry? One too-thin model in one ad can snowball, and maybe it already has, into a threat for everyday women.

The more we are exposed to media, the more we begin to accept media’s portrayal as reality. When the media representations of women’s bodies are so skewed — an out-of-reach ideal for most — adopting this reality chisels away at women’s body satisfaction. About half of girls and young women are already dissatisfied with their bodies, regardless of body size and race, and body dissatisfaction is “one of the most consistent and robust risk factors for eating disorders and a significant predictor of low self-esteem, depression, and obesity.” (Grabe, 2008)

The Standoff Between Advertising and Advocacy 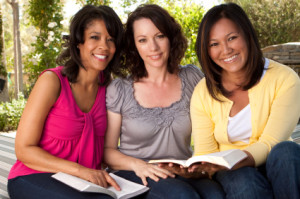 It was once a standoff between the advertising and advocacy camps, but Dove’s Campaign for Real Beauty proves it doesn’t have to be. The campaign started a decade ago when Dove searched for a way to rebrand itself. The company’s public-relations company studied more than 3,000 women in 10 different countries and found only 2% of women considered themselves beauty5.

Dove set off to embrace women’s differences, encourage self-confidence, and sell beauty products. The campaign showed the advertising world another perspective, lifted up women around the glove, and increased Dove’s sales by billions of dollars.

How Advertisers and Advocates Can Work Together

The Aerie Real campaign is also turning heads, especially that of the National Eating Disorders Association (NEDA), which a few months ago gave Aerie its first “Seal of Approval.” Companies may be catching on to what research already uncovered. Women had less body-focused anxiety after seeing attractive, average-sized models than after seeing no model at all — so seeing normal-sized women, even beautiful ones, could relieve anxiety (Grabe, 2008).

Advertisers may also note research shows when average-size models and ultra-thin models are equally attractive, they also appear to be equally effective endorsing a product6.

What changes have you witnessed in advertising today that have impacted your body image? Did these changes impact you positively or negatively?