Need Help - Find A Treatment Program Today
Call 866-932-1264
Advertisement*About Our Number
About This Helpline
This entry was posted in Anorexia Information on September 23, 2017 by Baxter Ekern.

“The girl in red,” “a tiny genius,” “the future of figure skating,” “a little legend [telegraph].”

These are just some of the titles accredited to powerhouse figure skater and Olympic gold-medalist Yulia Lipnitskaia. Lipnitskaia wowed spectators with her incredible talent and was given the highest sporting honor in Russia, being declared a master of the sport [telegraph].

Yet, there was more going on beneath the surface which led to Lipnitskaia announcing her retirement from figure skating at the young age of 19.

It is not surprising that the incredible pressure to live up to the expectations and appearance of “the future of figure skating” took its toll on Lipnitskaia.

In a dynamic show of bravery, Lipnitskaia was honest about her reasons for retiring from figure skating, announcing to the world that she has undergone three months of treatment for anorexia and will be retiring due to complications of the disorder.

Sadly, this story is all too familiar in the world of competitive sports. Studies have determined that eating disorders are more prevalent in those sports where competition results depend on judges opinions and aesthetic evaluations such as figure skating, dance, and gymnastics [1].

Research indicates that this prevalence is not only visual, as competitors in aesthetic sports also tend to perceive that weight-regulation enhances their sports performance, an idea that seems to be triggered by social pressure to be lean [1].

Lipnitskaia had mentioned her struggles with weight and the pressures of fame numerous times. After her success at the 2014 Olympics, Lipnitskaia started feeling as if she had “lost her freedom” and felt “constant stress” when trying live up to her fan’s expectations [2].”

When social media rumors spread that Lipnitskaia was pregnant because she seemed to gain weight, Lipnitskaia fired back, “Do I have to weigh 37 kilograms (82 pounds) for the rest of my life for you to be happy [3]?” 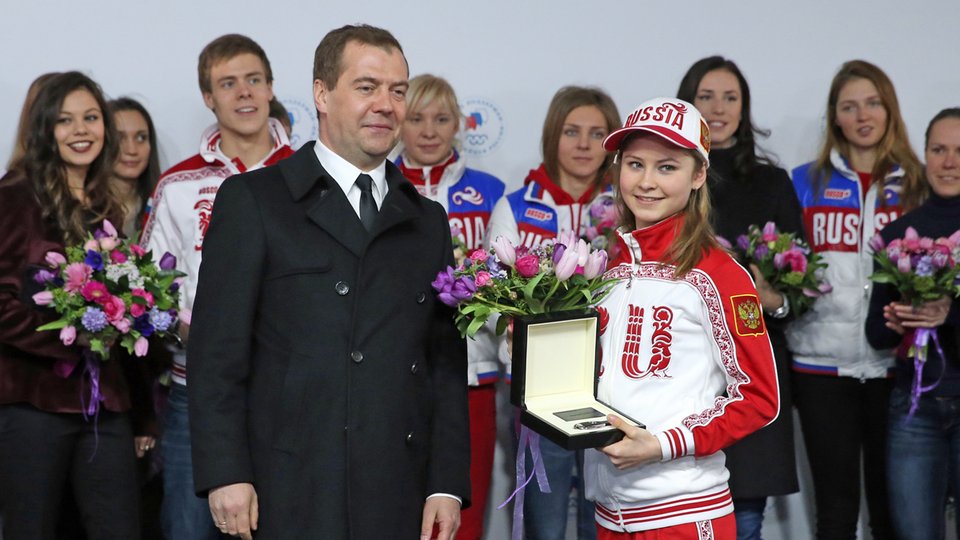 Russian coach stated, of Lipnitskaia’s retirement, “Yulia is a star. Some stars shine for a long time while others shine too bright and burnout.”

In a society that over-values thinness and measures worth based on appearance, and a sport that does the same, it is no surprise that so many stars are burning out too soon.

However, many lessons can be gleaned from Yulia Lipnitskaia’s retirement. Namely that, no amount of success or fame is worth sacrificing your health, life, and happiness. It is regrettable that the art of figure skating is losing such a brilliant performer.

Yet, it seems preferable that Lipnitskaia is lost due to early-retirement and decision to do what is right for her body instead of her life and happiness being claimed by such a dangerous disorder.