Need Help - Find A Treatment Program Today
Call 866-932-1264
Advertisement*About Our Number
About This Helpline
This entry was posted in Uncategorized on May 13, 2015 by Jacquelyn Ekern, MS, LPC. 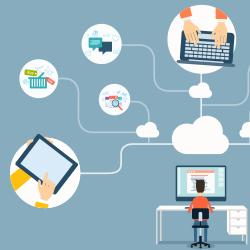 The Growth Of Social Media

Social media has come to develop daily life in the 21st century. With Internet access virtually everywhere and at our fingertips, we have a constant connection to others across the world through various social media platforms.

We may find ourselves interacting with people we did not know previously, engaging over a topic that is controversial, or having an ongoing discussion about widespread topics.

Whether by posting pictures, articles, status updates, videos and the like, we are constantly exposing bits of ourselves to the world, which can make us vulnerable on a whole different level.

As the way we interface with people has changed and progressed, this has also influenced the way we perceive ourselves and how our self-esteem is developed. For some individuals, demeaning interactions via social media can lead to more complicated issues and concerns.

Cyber-bullying is a reality that many people now face today, due to increased involvement with and interactions on social media.

Cyber-bullying can be defined as a form of bullying that takes place using electronic technology. This includes communications via social media sites, as well as text messages, forums, chats and websites. 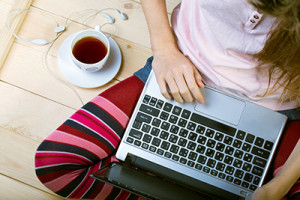 Cyber-bullying can rapidly spread destruction through viral posts or the ability to post something anonymously to a wide audience with quick distribution.

For example, a person may be harassed or receive inappropriate or threatening remarks on a status post, picture or video that was shared on a social media site.

Since the internet never sleeps, cyber-bullying is something that occur perpetually and breed discontent almost instantly.

For someone who may be susceptible to developing an eating disorder, cyber-bullying can become an environmental trigger to these mental illnesses. When used appropriately, social media can be used in a positive light, one that brings together families and friends and allows others to stay connected.

Be mindful of the manner in which you interact with others on social media and remember, words shared virtually are just as powerful as words spoken in person.

How can you promote positive interactions on social media? What are movements have seen on social media platforms that support uplifting treatment of others?