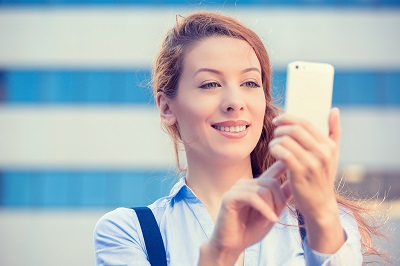 You often hear about the harm social media can have on mental health and body image, but there are also many ways it can be used to spread body positivity.

It can bring people from all over the world together and remind us how similar our struggles truly are.

There have been many large-scale campaigns within the past few years that focus on body positivity and embracing your true self.

One prime example includes the Dove Campaign for Real Beauty. A recent study [1] conducted by Dove as part of this campaign found that only 4 percent of women around the world consider themselves to be beautiful. Through social media campaigns, empowering videos and more, Dove is successfully changing the conversation on what it means to be beautiful. 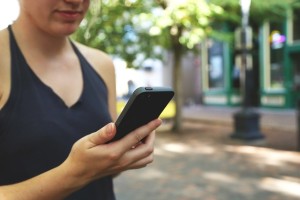 In 2014, Victoria’s Secret came under fire for launching an ad campaign featuring a handful of top Victoria’s Secret models standing in a row with the words “The Perfect ‘Body’” emblazoned across the front. This was a play on words to introduce additions to their Body by Victoria line, but the harmful nature of those words next to images of slim, likely photoshopped models led to a public outcry.

Many different organizations and companies came forward with their revised version of the ad featuring diverse body types, including different heights, shapes, and skin tones. The emergence of these counter-campaigns shows the overwhelming need for body positivity in the face of subtle (or not-so-subtle) body-shaming.

In February 2016, Project HEAL launched the #WhatMakesMeBeautiful campaign to encourage women to celebrate personality traits, talents, and other factors outside of appearance that make them beautiful. Project HEAL is a non-profit organization that raises funds to cover the cost of eating disorder treatment for individuals who would otherwise be unable to afford it.

The #WhatMakesMeBeautiful campaign was a viral success within the eating disorder community and beyond, once again displaying the intense need for social media movements that celebrate self-love and looking at beauty through a different lens.

Though there are many pieces of the puzzle when it comes to disordered eating and body image, someone struggling with an eating disorder is likely to isolate due to his or her behaviors. These individuals typically crave an outlet to share their struggles and receive validation, often turning by default to negative communities, such as pro-eating disorder websites.

Eating Disorder Hope launched the Pro-Recovery Movement this past summer to combat pro-eating disorder websites while providing a similar sense of community and understanding, instead promoting body positivity and self-love. Each quarter, Eating Disorder Hope and its non-profit partners host a Twitter chat to engage members and celebrate body positivity, among other important pro-recovery topics.

This movement and similar online communities that use social media to reach others are extremely powerful and have an opportunity to impact how people approach body image, which is still a stigmatized issue worldwide.

Practicing Self-Care in Your Use of Social Media

These campaigns have made social media less toxic and more body positive. However, there are still many ways social media can be triggering, so it is i 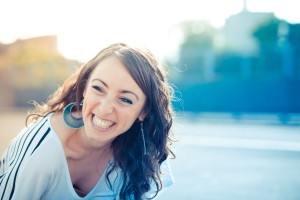 mportant to practice self-care in your use of social media.

If you have a Facebook friend or Instagram follower who regularly makes body-shaming comments on your posts, empower yourself to delete or block that person from your social media account. That might sound like a given, but we often feel guilty actually moving forward with these actions. Remember that if you are triggered by someone’s comment, it has likely had a similar effect on others reading your post. Surrounding yourself with positive people who support your recovery is optimal, whether in real life or on social media.

Engaging in body positive conversations on social media and participating in the movements mentioned above can be empowering during any stage of recovery. However, if you feel overwhelmed with the negativity often found on social media, it is okay to step back as an act of self-care.

What other social media campaigns or movements have contributed to your body positivity?


The opinions and views of our guest contributors are shared to provide a broad perspective of eating disorders. These are not necessarily the views of Eating Disorder Hope, but an effort to offer discussion of various issues by different concerned individuals.