Need Help - Find A Treatment Program Today
Call 866-932-1264
Advertisement*About Our Number
About This Helpline
This entry was posted in Binge Eating Education on October 24, 2014 by Staff Writer.

Night Eating Syndrome (NES) was first recognized in 1955 by American psychiatrist, Dr. Albert Stunkard. NES is an eating disorder in which the affected individual wakes several times in the middle of the night and is unable to fall back asleep without eating, even though he or she is not actually hungry. The food eaten is often unhealthy and calorie-dense.

NES is not the same as sleep-related eating disorder (SRED). Those with this disorder eat while sleepwalking, or while in a twilight state between sleep and being awake. They are completely unaware of what they’re doing.

Frequently, they wake up to find food-related objects in their beds or an enormous mess in the kitchen and are baffled as to how this occurred. Conversely, those with Night Eating Syndrome are fully awake and aware of what they are doing.

Individuals with this syndrome often describe feelings such as lack of control over their eating behaviors; they continue to eat far past the feeling of fullness and any actual desire for the food.

The Differences Between Night Eating Syndrome and Binge Eating Disorder

NES is also different from binge eating disorder (BED) in that the portions consumed are smaller, in opposition to the enormous quantity of food that is typically consumed in a binge. Additionally, binges can be conducted throughout the day, whereas NES is exclusive to nighttime hours.

And unlike bulimia, the person does not engage in compensatory behaviors such as purging.

NES is more prevalent than anorexia or bulimia. It affects an estimated 1.5% of the population and is equally common in men and women. *Research at the University of Pennsylvania School of Medicine suggests that about 6% of people who seek treatment for obesity have NES.

Another study indicates that more than a quarter (27%) of those who are overweight by at least 100 pounds have the problem.

The Signs and Symptoms of Night Eating Syndrome

Twin studies reveal that a hereditary aspect to this syndrome exists. The age of onset is likely to be in the late 20s or early 30s. Onset is often directly linked to psychological factors. 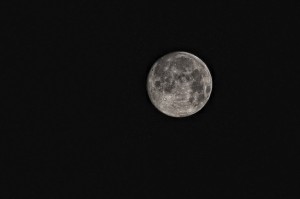 The obvious and most worrisome consequence of NES is obesity. Those who are extremely overweight are highly susceptible to high blood pressure, Type 2 Diabetes, metabolic syndrome, and high cholesterol. They have an increased risk of heart disease, many types of cancer and gallbladder disease.

As with so many food-related disorders, those with NES are often ashamed and embarrassed by their eating behaviors. They may hide food and routinely eat in secret. They frequently feel remorse, guilt, depression, and self-disgust.

Do You Have It?

Consider the following; if you answer yes to the majority of these questions, you may have NES.

NES is a medical disorder that can be treated. If you think you suffer from this syndrome, speak to your primary care physician and learn about treatment. As with other eating disorders, successful treatment typically requires education and a combination of therapies.