Need Help - Find A Treatment Program Today
Call 866-932-1264
Advertisement*About Our Number
About This Helpline
This entry was posted in Demands of Athletes on June 20, 2018 by Baxter Ekern.

Figure Skating and Eating Disorders: What You Need to Know

With the Winter Olympics being held earlier this year, top figure skating athletes like Gabrielle Daleman and Adam Rippon have shared their experiences with disordered eating and poor body image.

These stories have re-opened the dialogue about figure skating and eating disorders. In particular, it has drawn attention to the prevalence of eating disorders in this aesthetic-based sport and to factors that make the sport conducive to the development of an eating disorder. [7, 8]

So, just how prevalent are eating disorders in the sport of figure skating? It’s difficult to say, as research in this particular population is limited.

However, in studies that have been conducted on athletes in general, as well as more specific figure skating populations, this is what researchers have found:

Individuals who participate in aesthetic sports, such as figure skating, are at higher risk of developing disordered eating because they have the same risks as the general population, but also additional risks related to sports participation. In figure skating, this may include: [3, 6]

Another factor to be considered in eating disorder prevention and treatment in figure skaters is the education of coaches, trainers, and other sports staff. These often trusted and respected individuals work closely with figure skaters.

With proper training and knowledge, they can help reduce skaters’ risk of developing an eating disorder or be able to help those who may be struggling to get the support that they need. [3, 4, 6]

Lastly, those figure skaters, like Gabrielle Daleman and Adam Rippon, who have discussed their experience with disordered eating and poor body image may be helping to reduce the stigma around eating disorders in figure skating and are likely contributing to an environment where more athletes are able to share their experience and seek support. [7, 8] 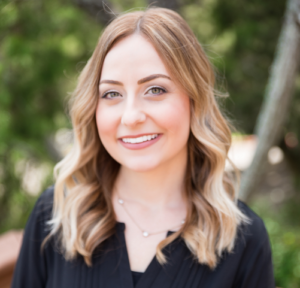 Chelsea Fielder-Jenks is a Licensed Professional Counselor in private practice in Austin, Texas. Chelsea works with individuals, families, and groups primarily from a Cognitive Behavioral Therapy (CBT) and Dialectical Behavior Therapy (DBT) framework. She has extensive experience working with adolescents, families, and adults who struggle with eating, substance use, and various co-occurring mental health disorders. You can learn more about Chelsea and her private practice at ThriveCounselingAustin.com.