Need Help - Find A Treatment Program Today
Call 866-932-1264
Advertisement*About Our Number
About This Helpline
This entry was posted in Uncategorized on December 28, 2014 by Baxter Ekern.

The world is full of stereotypes. If a man is a self-proclaimed computer nerd, you might expect him to look studious and intellectual. If on the other hand, a woman was a professional athlete, you might expect her to look muscular and fit.

Whether anorexia or bulimia, eating disorders also have certain stereotypes. It is assumed that the person will be female, probably an adolescent or young adult. Although once a reasonable assumption, that archetype is changing. Not only are males becoming far more involved in these disorders, but so are the very young.

Everyone has either known, or had a child who is very picky about food. Historically, these behaviors were blamed on being spoiled or over-indulged.

However, it has come to light that many of these infants or young children actually suffer from selective eating disorder or picky eating syndrome. These disorders stem from disturbance in their sensory integration, which results in an aversion to certain food tastes and textures.

For example, studies indicate that for some children, vegetables taste very metallic due to a problem with their taste buds. This may prove problematic for parents, most of these children are normal weight and don’t suffer from other medical problems. It is thought that they will outgrow these aversions with time.

The Rise in Food-Related Disorders

Not so when a child has an eating disorder. Today, food-related disorders in very young people are on the rise and are being diagnosed in children as young as seven, primarily girls.

A study conducted by the Agency for Healthcare Research and Quality showed that hospitalizations for eating disorders in children under 12 increased by 119% between 1999 and 2006.*

The Factors for an Eating Disorder 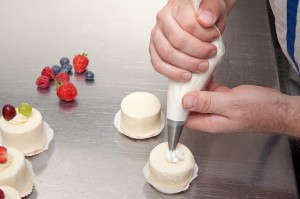 Eating disorders in children result from a myriad of factors, including temperament, genetics, a family history of eating disorders, addictions, mood disorders, etc. They are often associated with depression and obsessive compulsive disorder (OCD).

Eating disorders are not necessarily about food and can be caused by biological, environmental, social and cultural factors. A young girl could fall victim to an eating disorder due to the combination of genetic predispositions, life transitions, dieting, early puberty, media influence, perfectionism, low self-esteem and trauma.

Signs and Symptoms of an Eating Disorder in a Young Child

The warning signs of an eating disorder in a girl are similar to those for an adolescent, they include:

Perhaps the most important indicator of the presence of an eating disorder in young children is weight loss or failure to thrive. The truth is children are meant to grow and thrive.

Decreasing weight at any young age is concerning; it can be particularly difficult to detect or identify if the girl seeks to hide weight loss through bulky clothes. 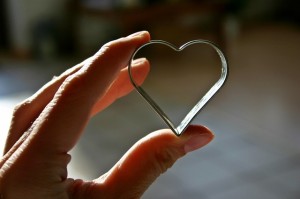 For many years, when a child had an eating disorder, fingers were immediately pointed at the parents, usually the mother. Fortunately, this is no longer the case, except if physical, emotional or sexual abuse is present in the home.

Although by and large, parents do not cause the disorder, they can be highly instrumental in the child’s recovery.

First and foremost, if an eating disorder is suspected, a visit to the family doctor is essential. Only a health care professional can rule out the existence of other diseases or disorders.

Communication as a Starting Point

When dealing with a child with an eating disorder, communication is a good starting point. Talk to her about general things such as girlfriends, school or any sports she might participate in.

Such conversations might lead her to reveal important thoughts or feelings she may be experiencing. Do not expect her to confess having an eating disorder. Secrecy and deception are part of the disease.

Rarely do people admit to the disorder because if discovered, they may be encouraged to give it up.

Fortunately, if caught early, a girl can recover from an eating disorder, usually with the help of a therapist, preferably one who deals in this area. Optimally, her issues with food can be rectified prior to her entering puberty when her body will begin growing and changing in unexpected new ways.

What do you think are unique challenges young children face that can increase their susceptibility to developing an eating disorder?