Need Help - Find A Treatment Program Today
Call 866-932-1264
Advertisement*About Our Number
About This Helpline
This entry was posted in Uncategorized on April 24, 2015 by Baxter Ekern. 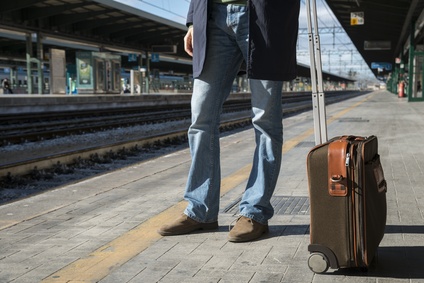 Many people don’t like their bodies, both men and women. It’s a disheartening, but true, reality. Body dissatisfaction is the greatest risk factor for development of an eating disorder, but poor body image alone does not cause the illness. Researchers have long studied what additional qualities do: genetic propensity, perfectionism, stress, anxiety, obsessive-compulsive disorder.

But in women. Because men really don’t get eating disorders, right?

Social Anxiety Is a Major Factor in Eating Disoders

Not at all. Males account for roughly 25% of those with eating disorders, and almost half of men are unhappy with their bodies1. So, beyond body dissatisfaction, additional qualities must be present in men who develop eating disorders. Social anxiety is a major factor, according to recent research2.

Men are more likely to develop an eating disorder when they don’t like their bodies and are afraid being rejected by people because they: intensely need approval; internalize media standards of handsome; believe they can and should control their appearance; and compare themselves to other men.

Eating Disorders as Self-Medication for Anxiety 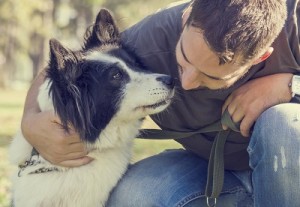 Together, these worries breed social anxiety, which is defined by the Anxiety and Depression Association of America as the extreme fear of being scrutinized and judged by others in social or performance situations. Some men with negative body image feel this pressure, and as a result, begin eating-disordered behaviors to “ameliorate negative thoughts and feelings and/or secure a positive judgment by others.” (Dakanalis, 2014).

When we get to the heart of it, causal characteristics of eating disorders in males are similar to those in females. Media and advertisement have long presented the ideal woman — a standard up to which women should live. Today sets a similar standard for men. For example, Calvin Klein underwear, first with Mark Wahlberg and lately with Justin Bieber, delivers the “ideal man.” He has a chiseled six-pack, beefy biceps, and defined thighs. Few men can live up to this standard, but many attempt to do so in unhealthy ways.

How men view their body is closely related to their relationships, and men with poor body image and higher levels of social anxiety are less likely to have safe and secure relationships with important people in their lives. Without these close relationships, men are more likely to fear rejection and strive for approval through their physical appearance (Dakanalis, 2014).

Have you or your loved one struggled with social anxiety and eating disorders? What tips can you share to help someone who is also struggling with this?