Need Help - Find A Treatment Program Today
Call 866-932-1264
Advertisement*About Our Number
About This Helpline
This entry was posted in Research and tagged Eating Disorder Recovery, research on May 6, 2017 by Jane McGuire. 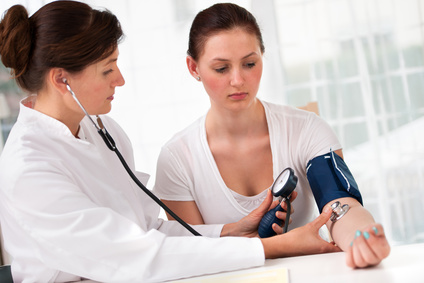 One difficulty in developing new treatments for eating disorders in the past has been the limited understanding of how brain function contributes to eating disorder symptoms [1]. Brain imaging technology now allows scientists to look at the neurocircuit, connections, and activity when studying eating disorders.

This team of researchers has developed an imaging-based treatment package specifically addressing the neurobiology of anorexia [1].

Additional recent imaging research has shown that there are specific alterations in the brain associated with food and anxiety in individuals with anorexia. This may help explain the cause of food restriction within this disorder.

Studies have also shown that various subtypes of eating disorders may correlate with specific brain function changes. For example, individuals with anorexia who binge and purge might have varying brain dysregulation compared to those who do not engage in binge and purge behaviors.

Neurocircuit Dysregulation in the Brain

Further brain imaging research has shown that individuals with anorexia have neurocircuit dysregulation [2]. The limbic and cognitive neural circuits may be related to altered serotonin and dopamine, which can help explain why those with anorexia often report that dieting reduces their anxiety and eating increases it.

Once a person with this disorder begins to enter starvation, every system in the body, including the brain, is affected. This includes neurochemical imbalances, which can exaggerate preexisting traits and possibly accelerate the disease process. For example, those with anorexia typically have a reduced brain volume and a regression to prepubertal gonadal function, but these changes normalize after weight restoration [2].

PET, Positron Emission Tomography brain imaging, and related technologies have assessed serotonin and DA neurotransmitter systems in individuals with anorexia, and in those who have recovered. fMRI studies, in comparison, have shown altered activity in interconnected brain regions of these individuals. 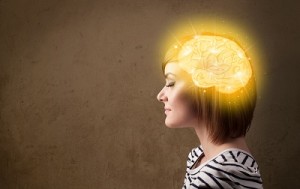 These studies suggest that there is an imbalance between circuits in the brain that regulate the reward and emotion circuits. This is associated with consequence and planning functioning. Further dysregulation is seen in decreased interoceptive self-awareness, as well as decreased function in regions that contribute to altered sensing of the reward aspects of food.

Researchers from Columbia University, New York, looked at 21 women with anorexia and 21 non-eating disordered women using fMRI imaging. This was used in real-time while the participants were making a series of choices about what food to eat.

Those with anorexia consistently chose fewer high-fat foods. The brain regions used to make those choices were different, as well. For those with anorexia, the choices activated the dorsal striatum, a region known to be related to habitual control of actions. Activation in the fronto-striatal circuits during the study predicted how many calories they chose to consume in a meal the following day [4].

This study may help link anorexia to substance abuse, gambling and other conditions that involve choices related to excessive activities in the dorsal striatum, stated Dr. Daphna Shohamy, author of the study.

Functional MRI studies on women with bulimia showed less brain activation in response to anticipated receipt of a chocolate milkshake versus a tasteless solution option, when compared to healthy controls [3].

In conclusion, brain imaging research has come a long way in the past several decades and shows more consistent neural dysregulation in reward, pleasure, emotions and decision-making in those with eating disorders. This suggests that eating disorders are brain disorders, and allowing for further breakthrough treatments.

Certified Eating Disorder Specialist (CEDS). Libby has been practicing in the field of eating disorders, addictions, depression, anxiety and other comorbid issues in various agencies. Libby has previously worked as a contractor for the United States Air Force Domestic Violence Program, Saint Louis University Student Health and Counseling, Saint Louis Behavioral Medicine Institute Eating Disorders Program, and has been in Private Practice.
Libby currently works as a counselor at Fontbonne University and is a Adjunct Professor at Saint Louis University, and is a contributing author for Addiction Hope and Eating Disorder Hope. Libby lives in the St. Louis area with her husband and two daughters. She enjoys spending time with her family, running, and watching movies.