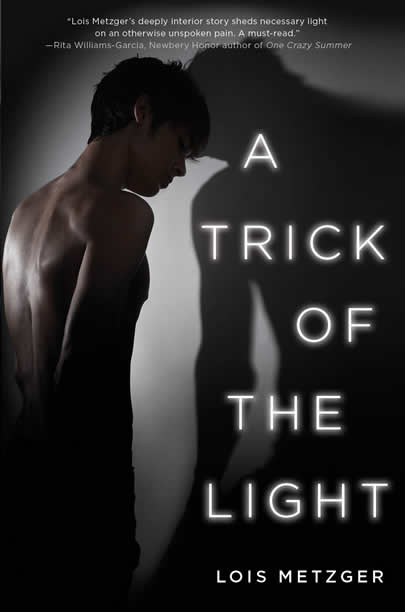 A Trick of the Light

A Trick of the Light is a novel about a young man with anorexia, and about his struggle with the “anorexic voice” in his head that puts him on a downward spiral.  Uniquely, this voice is the narrator of the book.

Fifteen-year-old Mike Welles had everything under control.  He was a good student, an outfielder on the baseball team, a loving son, and a loyal friend.  But that was before.  Now, things are rough at home, and they’re getting confusing at school.  He’s losing his sense of direction, and he feels like a mess.

The voice in his head seems to be a friend, trying to help him.  The voice says it can guide him to become better and stronger than he was before, to rid his life of everything holding him back.

But then the voice pulls him away from his friends, forces him to exercise even when he’s exhausted, and won’t let him eat even when he’s starving.  Eventually, Mike is hospitalized, and only then realizes that the voice in his head is no friend at all, and is actually his fiercest enemy.  By the end, it’s clear that Mike will triumph over his anorexia, but it won’t be easy.

Read A Trick of the Light. It is a gripping story of Mike’s recovery from anorexia.