The corporations and societal stigmas behind the perpetuation of the diet culture such as “grazing” are master manipulators, and one of their greatest tricks is posing diets as “lifestyle changes” or “anti-diets.”

All this is to say, the eating pattern of “grazing,” is a diet, and one that research is finding has the potential to manipulate and harm vulnerable individuals. 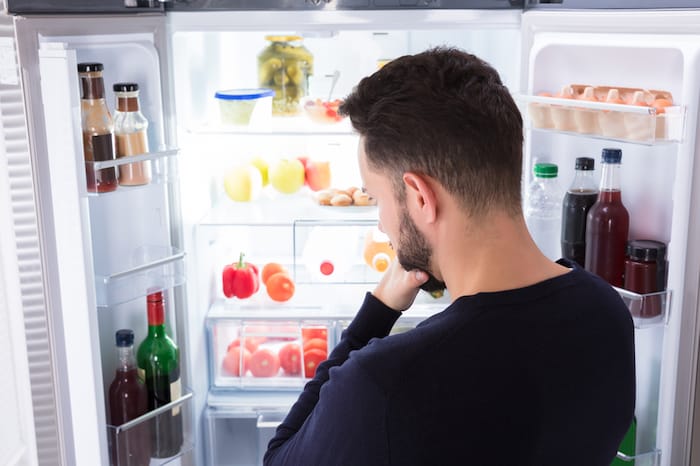 What is the Definition of Grazing Food?

One study gave a well-rounded definition of “grazing” as “the unstructured, repetitive eating of small amounts of food over a longer time period, outside of planned meals and snacks and/or not in response to hunger or satiety sensations [1].”

The eating pattern was originally recommended for individuals struggling with reported obesity and “the majority of our current knowledge concerning the ‘grazing’ eating pattern has been derived from research concerning bariatric surgery in extreme obese populations [2].”

Now, it has become a fad diet, the common theory being that eating many small meals a day increases the metabolism by having it “work” more often throughout the day.

In defining “grazing,” researchers were quick to differentiate it in comparison to snacking behaviors. Snacking is defined as “an eating episode in which the amount of food is known at the outset with some certainty, and which lacks a repetitious element [1].” Additionally, one study that importantly differentiates the two is that snacking is “a behavior associated with a positive outcome [2].”

Researchers also clarified the difference between grazing and binge eating, noting that “it (grazing) is differentiated from binge eating by its lack of discrete-time limits, the relatively slow manner in which eating occurs, and the relatively small amounts of food at each intake [2].” 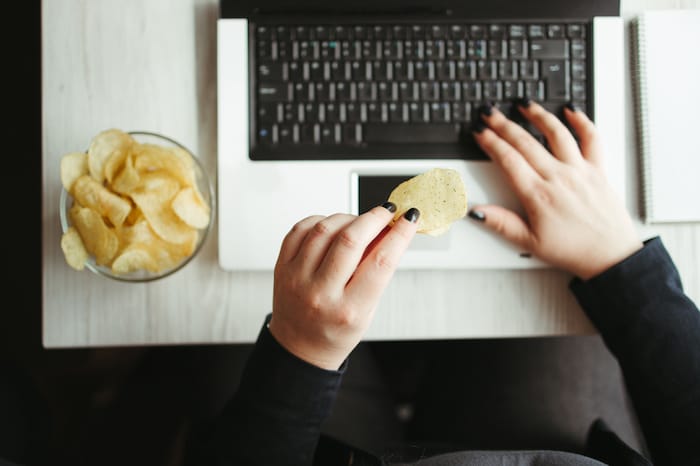 What Is the Harm of Being a Grazer?

To begin, the moment a person stops listening to the hunger and satiety cues of their body is the moment that they become vulnerable to dangerous forms of disordered eating. Grazing behaviors involve ignoring these responses in favor of following a pre-determined feeding schedule, as the definition specifies above, “not in response to hunger or satiety sensations [1].”

Many argue that, if caloric intake is the same, there is no harm in engaging in these behaviors. However, research indicates otherwise.

One study determined that grazing is “a clinically significant form of overeating that is associated with binge eating, weight gain and reduced treatment success for obesity [2].”

Additionally, while many engage in grazing after receiving bariatric surgery, studies show that 80% report still experiencing a loss of control over their eating while engaging in grazing behaviors post-operatively. This pattern is associated with “reduced post-operative success.”

Another university study focused on a young adult sample and found that “grazing was associated with shape and weight concern and a tendency to binge eat” as well as “negative affect and stress [1].”

This study also mentioned that grazing is a “habitual behavior, performed automatically in response to internal emotional states, and/or food-related cues in the environment.” These symptoms are also seen in Binge Eating Disorder [1].

Full disclosure, there are some studies that indicate grazing is not a problematic behavior for all samples. However, the above evidence shows how harmful it can be to ignore one’s daily and ever-changing body cues.

1] Heriseanu, A. I., et al. (2017). Grazing in adults with obesity and eating disorders: a systematic review of associated clinician features and meta-analysis of prevalence. Clinical Psychology Review, 16-32.
[2] Lane, B., Szabo, M. (2013). Uncontrolled, repetitive eating of small amounts of food or ‘grazing:’ development and evaluation of a new measure of atypical eating. Behaviour Change, 30:2, 57-73.