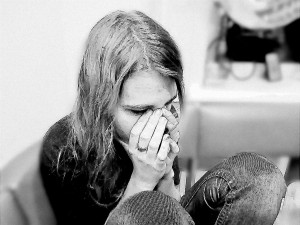 If you’re an individual who has struggled with poor body image and depression, it can be difficult to distinguish which came first. The two often seem to have a cozy relationship where they fuel each other and deplete an individual’s inherent strength. The vicious cycle of co-occurring disorders such as depression and negative body image can be overcome.

Through an understanding and recognition of how they operate, it’s possible to change old ways of thinking and replace them with new solutions.

Understanding where negative self-talk begins can be an overwhelming endeavor. Many people have become so accustomed to the emphasis our culture places on appearance that obsessing about it seems normal. In addition to this, there are unlimited ways an individual’s self-esteem and the way they perceive their body can be influenced.

Sometimes inherited factors may predispose someone to certain issues, including the way a person is raised and to what degree parents or caregivers encourage a positive self-image. Personal experience (trauma can have a significant impact) and social environment, are also other factors to consider.

The Definition of Body Image 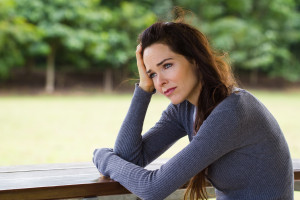 Body image is defined as an individual construct that is influenced by mixed feelings and ideas about one’s own appearance.

However, because there is a complex overlap between emotions and self-perception, body image is not always reflective of how an individual actually appears. Like self-esteem, body image can be distorted or inflated, relatively accurate or slightly ignored depending on the individual.

Depression and/or body image issues can begin in adolescence in response to the body changing and developing for the first time. There is a heightened attention and critical appraisal of the body, coupled with a greater vulnerability for emotional distress due to a flux of hormones and new feelings. This surge in emotion is coupled with the fact that females place a higher value in a body’s appearance, while males place a higher value in its effectiveness (Moitra).

How Men Are Vulnerable to Eating Disorders

This by no means indicates that men are not vulnerable to the cycles of negative body image and depression. In fact, it’s estimated that roughly 45% of men are unhappy with their bodies (Better Health). The same factors and pressures exist for men, but the ways in which the disorders will express themselves can be different.

Men, for example, can be more likely to engage in over-exercising, generally being pushed toward the use and effectiveness of their body being likened to a machine.

The Societal Connection of Attractiveness with Success 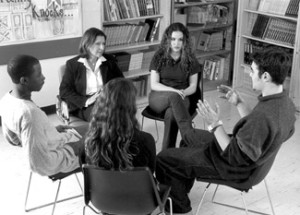 Women are generally characterized by being concerned about attractiveness, and less satisfied with their appearance based on achieving unrealistic standards of thinness. While the foundations for acceptable appearance may be built in adolescence, as adults we often find attractiveness correlated with success, competency or happiness. This message, however it may be played out in media, can reinforce scrutiny about body image and dissatisfaction or unhappiness at not meeting the standard.

There is a correlation between poor body image and eating behaviors. When people feel poorly about themselves and have a negative body image, they are more likely to be susceptible to disordered eating behavior (Cargill, 2012). The negative self-talk and appraisal of one’s body and appearance, coupled with depression, can lead to a negative cycle of living.

How Body Image Is a Purely Personal Problem

While those suffering from depression tend to perceive themselves as less physically attractive, they retain the ability to be objective about the attractiveness of others. This means that those who struggle with depression and poor body image do not have a global distortion of body image (Moitra).

Through recognizing and acknowledging negative thought patterns and feelings, it’s possible to take a pro-active approach to depression and body image. Getting treatment for depression and/or distorted body image is a critical step to recovery. The problem, unfortunately, won’t go away just by hoping for change. It’s important to take steps toward effectively changing patterns, and cognitive behavior therapy has been shown to have fantastic results for individuals struggling with these issues.

How to Create Positive Body Image 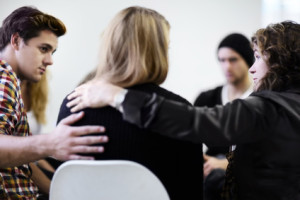 Check out Castlewood Treatment Centers’ infographic on body image below.

Have your or your loved one struggled with poor body image and depression? What tools have you learned to encourage a positive body image within yourself? What advice do you have to share with others battling these issues?