Need Help - Find A Treatment Program Today
Call 866-932-1264
Advertisement*About Our Number
About This Helpline
This entry was posted in Research and tagged Co-Occurring Disorders, research on March 17, 2017 by Jane McGuire.

For those struggling with anorexia and bulimia, there is some evidence that there may be an imbalance in brain chemistry that relates to there internal marijuana neurotransmitter system. This system in the brain is called the endocannabinoid system.

Somehow, the functionality of the endocannabinoid system is adversely affected or impaired in those with anorexia and bulimia [1].

Marijuana is a species of the Genus – Cannabis L which is the same Genus as hemp. [8]. It contains more than 400 chemicals, but researchers tend to know the more about THC and Cannabidiol. THC is responsible for stimulating the cannabinoid receptors in the brain.

The stimulation then triggers other chemical reactions that underlie marijuana’s psychological and physical effects [5]. Cannabidiol is not as well known or understood as THC, but research suggests that it interacts with THC to produce sedation. However, independently, it may have anti-inflammatory, neuroprotective, or antipsychotic effects.

Impact of Marijuana on the Brain

The regulation of appetite and feeding behaviors involves many processes, but there is extensive evidence that suggests the endogenous endocannabinoid system plays an essential role in signaling rewarding events, such as eating or restricting [1].

There was a study conducted at the Katholieke Universiteit Leuven in Belgium where researchers used PET (positron emission tomography) imaging to look at the endocannabinoid system in the brains of 30 women with anorexia and bulimia.

Results showed that the brain’s marijuana-like neurotransmitter system was significantly underactive in participants with anorexia and bulimia. What was observed was the underactive neurotransmitter was in the area of the brain known as the insula. The insula is responsible for the integration of the taste of food with our emotional response to eating [1].

The physical characteristics of food, such as taste, flavor, and oral texture, as well as how hungry we feel is all integrated with the insula, and the insula also influences food’s rewarding properties.

There is a wide range of sensations that play a role in how we feel. Physical information such as pain, temperature, sensual touch, stomach pH, and intestinal tension (such as constipation) is processed in the insula.

Integration of these internal feelings provides a blended sense of the state of the entire body. The insula is the place in the brain where our sensory experience (from eating), our emotions (in response to eating) and thoughts (about why should not be eating!) come together [1].

The amount of pleasure we derive from sensory experiences is usually controlled by the endocannabinoid system in our brain. The pleasure that is felt then motivates us to repeat the experience again and again.

An obsessive interest in food coupled with an inappropriate emotional response is consistent with a dysfunction in the brain’s endocannabinoid system. This new information might help identify new targets for medications that may help reverse the symptoms of anorexia and bulimia [1].

A study conducted by Tamas Horvath of New Haven’s Yale University discovered that our CB1 receptors might hold the answer. CB1 receptors are located in all of our body’s cells, and when they are activated with dronabinol (an anti-nausea drug and a component of cannabis), the CB1 receptors stimulated the release of hormones promoting hunger. Suppressing this activation may also result in weight loss [3].

The effect of marijuana legalization could be profound for those struggling with eating disorders and co-occurring issues. Observational studies suggest that one in nine people who smoke marijuana regularly become dependant on it [5].

For many people who smoke marijuana, the THC often increases anxiety and panic attacks. Studies have reported that 20-30% of recreational users experience problems with increased anxiety. This is especially true for those who have not smoked marijuana before. [5] 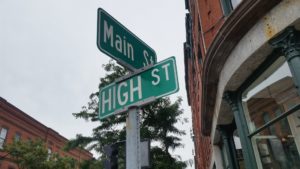 Individuals who have bipolar disorder and use marijuana seem to induce manic episodes and rapid cycling between manic and depressive moods increases. Marijuana use can also exacerbate psychotic symptoms and worsen outcomes in patients previously diagnosed with psychotic disorders. [5]

Medical marijuana could aid in the refeeding process of an anorexic patient due to it being less traumatizing than a feeding tube. This allows the patient to chose to eat rather than being forced to eat.

Marijuana could also play a role in the later stages of eating disorder recovery through use in relation therapy and exploring new ideas and insights.

In a longitudinal study of 94 AIDS patients, the use of THC in doses ranging from 5-20 mg, confirmed that appetite was enhanced and patients tended to retain stable body weight over the course of the seven-month study. [2]

Marijuana Legalization Across the United States

The number of areas in the United States where marijuana is being legalized for medicinal use is rapidly growing. Rarely are eating disorders seen as a valid reason to issue or prescribe marijuana for therapeutic use.

At least 24 million Americans have an eating disorder, with at least half of them meeting the criteria for depression and anxiety [4].

In 2011, a study in Biological Psychiatry found a link between anorexia and bulimia with that of a potential brain malfunction that leads to a loss of the endocannabinoids. 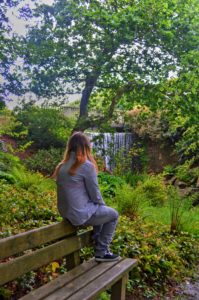 Marijuana is legal in Canada, and a review by a team of researchers found that only 31 studies focused on the medical benefits of the drug [5]. The American Medical Association also concluded that the research in the area of marijuana medical benefits seems to be limited.

The Institute of Medicine (IOM) stated that with the widespread availability of FDA approved medications to help treat pain relief (particularly nerve pain), appetite stimulation for people with AIDS wasting syndrome or eating disorders, and control of chemotherapy-related nausea and vomiting, marijuana should only be considered for treatment when patients do not get relief from currently available medicines [5, 7].

New studies evaluating the use of marijuana as a treatment for psychiatric disorders are inconclusive because the drug may have contradictory effects in the brain depending on the dose of the drug and inherent genetic vulnerability.

In conclusion, marijuana can have various benefits to those struggling with eating disorders, but further research and clinical studies need to be done to see what effect it can have on the treatment of eating disorders.

As medical marijuana continues to be legalized in more states nationwide, it is important to examine how this impacts the eating disorder community. Can medical marijuana be an effective treatment for anorexia nervosa? What are the benefits and drawbacks?

There is very little research on medical marijuana specifically for eating disorder treatment, but it is often implemented as an appetite stimulant for those with other serious medical conditions. It certainly has the potential to boost appetite in those with anorexia nervosa, who are often not in touch with their natural hunger cues.

A past study [9] reported that smoking marijuana can increase an individual’s caloric intake by as much as 40 percent. THC, the primary chemical compound present in marijuana, stimulates metabolism and, in this study, contributed to increased snacking in both social and private settings.

Increased appetite and snacking behaviors might certainly be beneficial for weight restoration and the beginning stages of eating disorder recovery. It could be argued that later in recovery, the relaxing properties often reported with medical marijuana might also help with symptoms of co-occurring anxiety or related issues.

Of course, the benefits of medical marijuana remain controversial, particularly in relation to its use within the mental health community. Eating disorders commonly co-occur with substance abuse, leading to the possibility of dependence, whether psychological or physical, on medical marijuana.

Additionally, medical marijuana should not be the only form of treatment that an individual receives. As with any medication for eating disorder treatment, this needs to be in conjunction with therapy, nutritional monitoring, etc.

It is important to discuss your concerns with your treatment team to determine whether medical marijuana will be a helpful tool in your recovery. Please keep in mind that THC affects everyone differently. Be honest with your team if it is exacerbating your eating disorder in any way or serving as a harmful coping mechanism.

By supporting increased research in this area, we can better determine the benefits of medical marijuana in the treatment of anorexia nervosa.