Need Help - Find A Treatment Program Today
Call 866-932-1264
Advertisement*About Our Number
About This Helpline
This entry was posted in Anorexia Information, Bulimia Awareness on April 9, 2019 by Baxter Ekern. 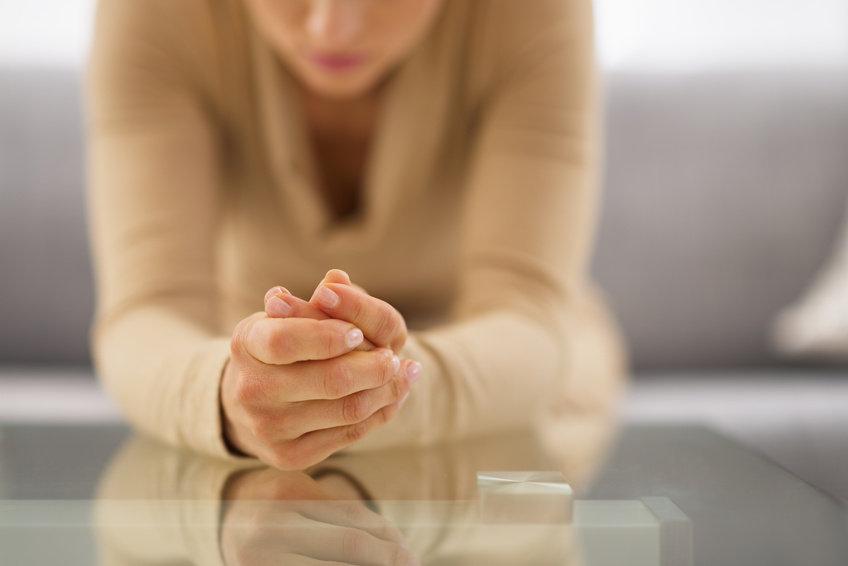 It was Hilde Bruch, a prominent doctor, professor, and researcher in the late 1900s, who highlighted the role of control in the development and maintenance of eating disorders. As one of the early contributors to the knowledge of eating disorders and in studying their underlying factors and causal relationships, it was specifically through her work that the behaviors associated with anorexia nervosa were understood as one’s attempt to achieve “mastery” in one particular area of life in an otherwise chaotic existence [1].

Thus, under her direction, the symptoms of anorexia came to be correlated with an individual’s underlying sense of powerlessness in the face of life’s stressors, and a general lack of control. Others understood similarly that for those individuals, exerting control over their eating behaviors was perceived as a success in a world where they viewed themselves as a failure in many other areas of functioning.

While research has historically focused on individuals with anorexia nervosa, studies that have included bulimia nervosa have generally found no difference when examining the many facets of control, indicating the potential benefits for understanding the function of control across eating disorder diagnoses.

Fixation on regulating one’s eating behaviors in these cases is theorized to “benefit” individuals with eating disorders by allowing them to avoid their negative emotions in the absence of more adaptive methods of coping. The disorder rises to power when one’s compulsion to control their eating habits is left unchecked and unrestrained, and they become overrun by their own need for discipline [2].

Understanding the Facets of Control

Other aspects of control also emerged from the research, whether in viewing one’s success in regulating weight and shape as a measure of their self-control and self-worth or through discovering the effects of the following factors on the prevalence of eating disorder symptoms:

External locus of control: The measure of locus of control seeks to understand the extent to which individuals believe that they are in control of the outcome of events in their life.

Believing in one’s power to dictate their own fate would correlate with a high internal locus of control, as opposed to a locus of control that is dependent upon external factors, whether one believes that they are at the will of powerful others or that their future is left in the hands of fate or chance. Studies have also shown that women who report higher levels of eating disorder pathology tend to have higher levels of externality [2].

“I often feel like I have little control over anything in my life and what happens to me.”

Feelings of ineffectiveness: This facet of a diminished sense of control is theorized to be dependent upon standards of perfectionism and self-criticism in those at risk for developing an eating disorder [3], and as the disorder progresses, reflects one’s feelings of general inadequacy and worthlessness. These feelings are known to be distributed across a variety of areas of life functioning for these individuals, including social effectiveness, personal independence, and self-esteem [4].

“I will not be able to live up to the standards set for me by others or by myself.”

“I don’t have what it takes to be a good friend/on my own/successful in life.”

Fear of losing control: Perhaps the most salient perpetuator of eating disorder pathology is one’s fear of losing control. Although the other factors appear to effectively explain what may place a person at risk for developing an eating disorder, it appears that one’s fear that they may no longer employ their chosen coping skill in the face of life’s difficulties is what keeps them stuck in their pathology. Some might describe this fear as the part of them that doesn’t actually want to recover, centered upon the belief that “if they do, they will be fat” and perhaps even lose their identity.

Some additional maladaptive fear-driven beliefs include a fear of:

Losing control over one’s body: “If I put on weight, I will have failed in the one area I thought I could control.”

Losing control of one’s identity: “This will change how other people see me.” 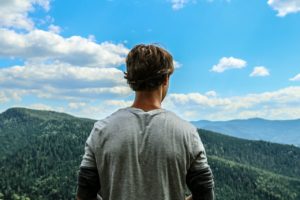 Losing control of one’s emotions: “I will lose my safety net.”

When thoughts like these start to take over, it can be difficult to believe that change is possible, or even that change is beneficial, as it appears to come at quite a high cost. True, in recovery from an eating disorder, all of these fears, beliefs, and feelings will need to be attended to, reworked, and replaced with new beliefs that are grounded in truth.

Who Is Controlling Who?

Often, in the progression of the eating disorder, we end up surrendering the very thing that first appealed to us: control.

However, in recovery, what was once left unchecked and unrestrained will be made to stand trial for the deception and illusions it promised. With practice, the right support, and finding a belief in your own merits and abilities, you can learn to sidestep the pitfalls of the compulsive need to control and begin to overrule your eating disorder once again.

is an eating disorder treatment center with locations in St. Louis, Missouri, and Kansas City, Kansas. We provide comprehensive treatment for adolescents and adults. We also offer a specialty treatment program for athletes who are living with eating disorders. Our experienced treatment team works closely with each patient to ensure that they play a central role in their recovery process. We offer a full range of services to meet the unique needs of each patient and address all issues related to the treatment of eating disorders.