Need Help - Find A Treatment Program Today
Call 866-932-1264
Advertisement*About Our Number
About This Helpline
This entry was posted in Causes of Eating Disorders, Effects of Social Media on April 7, 2022 by Margot Rittenhouse, MS, PLPC, NCC.

The advent of social media has had conflicting impacts on our culture and society. While it provides us a greater opportunity for connection and socialization across far distances, we are also more inundated with the lives of others outside of our own sphere than humanity has ever been before. This aspect of social media has led to a harmful increase in comparison to others and decrease in individuals’ perceived self-worth. This impact of social media undoubtedly impacts some of the psychology and cognitions related to eating disorder development.

A huge danger related to Facebook usage involves the way in which many users compare themselves to those that they follow. Most of what is posted to Facebook is what has become referred to as a “highlight reel,” emphasizing only the positive and enjoyable aspects of an individual’s lives. We see their anniversaries played out but not their arguments or break-ups. We “witness” school and job achievements but not setbacks.

Additionally, Facebook feeds are often carefully curated to reinforce a specific image. All pictures and videos posted are often orchestrated, involving numerous shots taken until the desired angle, lighting, etc. are achieved. On top of this, filters are added and photos are edited to further create an image that becomes more socially desirable yet less realistic.

This is harmful as, all over the world, people are comparing themselves to lives, bodies, and appearances that don’t actually exist. This is especially concerning for children and adolescents, as they have not yet learned how to be conscious consumers and consider that what they are internalizing might not be real.

Frighteningly, it seems that the relationship between Facebook use and disordered eating is mediated by behaviors of comparison when using the site [1].

The Danger of External Validation

It isn’t only the posts of others that impact how an individual perceives themselves, their lives, and their worth. A key part of Facebook usage involves other users “liking” the posts of those that they follow. This has led to a culture where an individual’s understanding of their current life experience is viewed through the lens of others and the validity of these experiences as desirable or impactful is dependent on how followers “react” to them.

The danger this presents to self-view is directly reflected in one study’s finding that “college students who received negative comments from peers on Facebook were more likely to report disordered eating concerns one month later [1].”

The Spreading of Harmful Information

Approximately one-third of US adults get their “news” from Facebook [2]. This is dangerous as not all articles, information and advice posted and circulated via Facebook are accurate and/or safe. Many articles are posted that reinforce diet culture behaviors and beliefs as helpful and positive despite research indicating the opposite.

Not only that, individuals can share content that is directly pro-eating disorder, providing validation of disordered eating and exercising behaviors and even tips on how to perfect these behaviors.

as is appropriate, it circulates widely nonetheless. 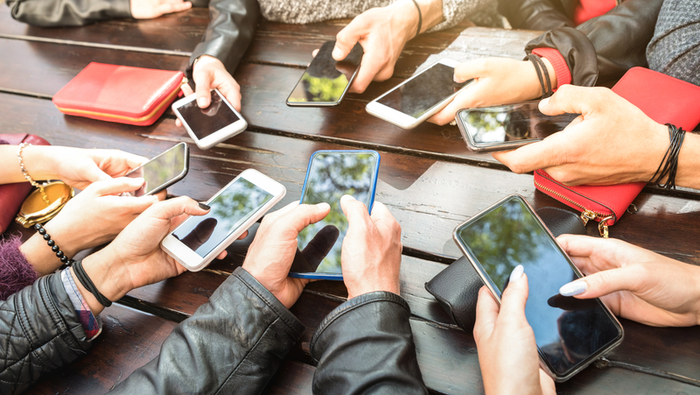 Much of this relates to some of the aspects mentioned above. Individuals might experience increased feelings of worthlessness or hopelessness as they feel they consistently cannot

Individuals might also experience increased anxiety about how they appear and whether or not they “fit in” based on the validation and interactions they have with others on the site.

Social media usage can also lead to feelings of isolation, as people feel that they are interacting with others a great deal but, in actuality, are not.

All of the factors above are related to risk factors for eating disorder development – hyperfixation on appearances, a need for external validation, a tendency to compare to others, struggling with other mental health symptoms, etc.

How this directly correlates with eating disorder pathology and symptoms has been explored in numerous studies and it has been determined that “Facebook use has been associated with body dissatisfaction, internalization of the thin ideal, and eating pathology [1].”

Additionally, “more time spent viewing photos on Facebook has been associated with greater thin ideal internalization and a stronger desire to be thin [1].”

One study also notes that Facebook plays a role in treatment and life after treatment. Individuals in treatment together often “friend” one another and can be competitive with their behaviors and appearances with one another through this platform. The study notes that “more comparison to treatment peers on Facebook was associated with greater eating disorder psychopathology [1].”

Ultimately, Facebook can be used positively as well, as it can connect individuals to recovery-focused groups and positive social support. It is important, however, to recognize that the positives come with a great deal of potential pitfalls and to be aware of these when using the site.