Need Help - Find A Treatment Program Today
Call 866-932-1264
Advertisement*About Our Number
About This Helpline
This entry was posted in Uncategorized on February 19, 2014 by Jacquelyn Ekern, MS, LPC. 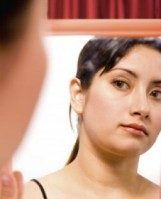 Many individuals might struggle with accepting their appearance.  For others, low-self esteem may be a pressing issue that plays into this critical evaluation of one’s appearance.  It is not uncommon to find someone complaining about something in his or her physical appearance. Many wish they could change a particular feature of themselves that they find unattractive.  However, when imperfections become all consuming, this may lead to a serious mental health disorder.

Body Dysmorphic Disorder (BDD) is a chronic mental illness that afflicts an individual with perpetual negative thoughts about their appearance.  A person suffering with body dysmorphic disorder will have excessive concerns and preoccupations about a perceived defect of their physical appearance, usually a minor or imagined flaw [1].  Body dysmorphic disorder often is co-occurring with anxiety, depression, obsessive compulsive disorder or social isolation and can impair social or occupational functioning [2].  Women or men suffering with BDD may have exaggerated concerns about perceived flaws with their appearance and body.  To compensate for this, habits may be developed in attempt to “fix” their supposed imperfections, such as excessive grooming, frequent surgeries, disguising or hiding, or skin picking.  BDD can severely handicap a person in their ability to function socially and engage in relationships for fear of mockery about their appearance, as they feel they may be perceived as hideous when they interact with others.  BDD can become so intense that individuals may experience risk of suicide, hospitalization, or become housebound.

Body dysmorphic disorder is a severely debilitating mental illness that can drastically affect the person suffering with it.  Treatment for BDD is available but not widely sought by sufferers, due to the stigma associated with this mental health illness.  Sufferers may be reluctant to seek help for fear of appearing superficial or vain [3].   However, connecting individuals who are suffering with BDD with effective therapy can be essential in helping them overcome this.  Recent research has evaluated a new form of treatment for BDD and its effectiveness in helping sufferers improve and overcome this disorder.

A research team from Harvard Medical School and Massachusetts General Hospital studied the effectiveness of cognitive behavioral therapy (CBT) as a treatment for BDD.  Cognitive behavioral therapy was utilized as a method for helping participants change the way they felt about themselves, while reducing negative behaviors connected with their perception of their body.  In addition, patients in this study learned to view themselves objectively and non-judgmentally through CBT techniques and therapy over a period of 24 weeks.  Results from the study revealed that 81 percent of the participants had responded to treatment for BDD, with improvements seen in depression, body perception, social/family life, and disability [4].  In regards to the findings from this study, researchers noted, “Our findings suggest that CBT specifically developed for BDD also improves BDD-related sight and associated symptoms such as depression and disability.”

While effective treatment methods for BDD continue to be studied and developed, these findings are a tremendous step in the right direction for individuals who may be suffering with this mental health disorder.  Body dysmorphic disorder is often misunderstood at the expense of many sufferers who are battling this illness.  Learning that effective treatment methods, do in fact, exist is promising for any individual who may be seeking the help they need to recover.