advertisement | who am I calling?
This entry was posted in Uncategorized on June 28, 2013 by Jacquelyn Ekern, MS, LPC. 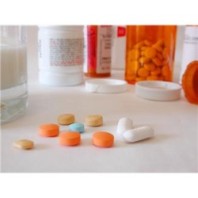 Understanding the Dangers of Dual Addictions

As the days unfold following the passing of singer Amy Winehouse, the truth about her life struggles and premature death continue to come into light.  Though this talented artist was too often plagued with a ruthless drug and alcohol battle, new testimony from her brother shared more about her story.

In a recent interview with Observer Magazine, Alex Winehouse, brother to the 5 time Grammy winner artist, shed details on his sister’s struggle with bulimia.  While it was known that alcohol intoxication took the life of this young singer, her brother shared a different perspective on her derailing health.  Mr. Winehouse described his sister’s life-long battle with bulimia, noting “She would have died eventually, the way she was going, but what really killed her was the bulimia.”  In further detail, he recalled: “We all knew she was doing it, but it’s almost impossible [to stop], especially if you’re not talking about it.”

Mr. Winehouse’s personal testimony of his sister’s struggle with bulimia brings the complexities surrounding addiction into perspective.  According to the National Center on Addiction and Substance Abuse (CASA), up to 35% of alcohol or illicit drug abuses have eating disorders compared to only 3% of the general population [1].  Similarly, up to 50% of those with eating disorders are four times more likely to use inhalants and cocaine [2].  These statistics speak to the co-occurring nature of eating disorders and addiction, giving a startling reminder of the likeliness of these illnesses colliding for a lethal combination.

What is it that links eating disorders and substance abuse?  The common root between these deadly disorders may lie in the mechanism of an addictive condition, which is inherent in both bulimia and alcoholism, with which Amy Winehouse struggled.  Addiction, whether it is in the form of alcohol or the ferocious cycle of binging and purging, offers a superficial and temporary means of escaping uncomfortable emotions.  Even while facing severe medical and physical complications as a result of addiction, it is not something that can easily be escaped or given up, as one quickly becomes dependent on their addiction as a coping mechanism to endure any obstacles encountered throughout life.

Eating disorders, alcoholism, and substance abuse are commonly co-occurring because they each represent a means to an end.  Unfortunately, as seen in the case of the lovely and talented Amy Winehouse, these addictions are ruthless and deadly, especially without the necessary help or appropriate treatment.

If you or a loved on is struggling simultaneously with an eating disorder and a substance addiction, there is hope for recovery for you!  Though these disorders and addictions create an intricate and complex web, there is a means of breakthrough and finding the freedom you seek and deserve.

As Mr. Winehouse wisely observed in his own sister, these illness are not just something you “get over”, especially if you are not actively reaching out for help.  As unfortunate as the tragedy of Amy’s passing is, it is something that her family is actively speaking about, to consciously raise awareness of an issue that needs to be addressed and brought out of darkness.  Consider taking the first step today towards freedom, towards wholeness again.  Your life can be restored, one step at a time.