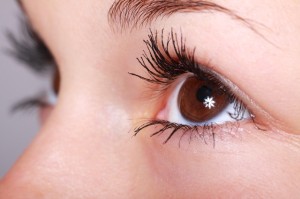 Fear. Guilt. Sadness. Confusion. Shame. The list could go on to describe the myriad of emotions parents go through when hearing for the first time that their child has been diagnosed with an eating disorder.

In their efforts to make sense of this information, many parents describe countless hours of ruminating over what they (the parents) could have done differently to prevent this from happening.

These emotions and beliefs can be reinforced by physicians and mental health professionals who advocate for treatment models that prohibit or significantly limit the involvement of family in the recovery process.

The Complexity of Family’s Role in Adolescent Eating Disorder Treatment

Despite data to suggest:

a) eating disorders develop in a wide range of family contexts and
b) there is no clear, identifiable family structure or pattern of family functioning associated with the onset of an eating disorder,

many clinicians still consider ‘family problems’ as part of the primary etiology and/or view participation of parents in treatment to be unnecessary or as interfering with the recovery process.

Undoubtedly, this view can contribute to parental self-blame and potentially disempower an ill child’s greatest advocates and allies for recovery.

The Potential for Family Support

As the role of family life in a child’s psychological and emotional development is widely recognized as being important, so is the potential value of including families in the treatment of children and adolescents with eating disorders. 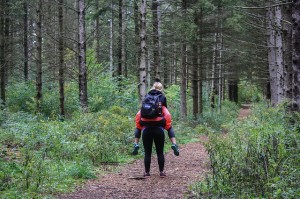 Fortunately, there is a model used in adolescent eating disorder treatment that attempts to integrate each of these recommendations into its very foundation. The Maudsley Method, also known as Family-Based Treatment or “FBT,” directly opposes the idea that families should be blamed for the development of an eating disorder.

Instead, families are considered essential to successful treatment and powerful agents of change in the recovery process for children and adolescents. In its standard form, FBT is designed to be a brief yet intensive outpatient treatment.

Parents/caregivers are charged with the task of assuming a direct and active role in restoring their child’s health after suffering from an eating disorder. Siblings are called upon to be a system of unconditional support for the ill child, making treatment truly a family affair.

In Phase I, known as the weight restoration phase, the therapist assists parents to develop an individualized plan for restoring their child’s health.

Parents are encouraged to temporarily take control of food and activity in order to feed their child according to what he or she needs and not what the eating disorder is willing to eat. This is done by parents taking responsibility for selecting, preparing, serving and supervising meals and snacks.

Parents are also coached in techniques to encourage their adolescent to eat more than what he or she was initially prepared to, which serves the purposes of empowering parents to take charge of the illness and reducing the eating disorders grasp on family decision-making.

Phase II begins when there is evidence of steady weight gain, the adolescent’s acceptance of the need to relinquish control of food to parents, and a change in the general mood of the family (e.g. parents expressing relief at having taken charge).

The focus in Phase II is to assist the parents to return developmentally-appropriate control of eating back over the adolescent. Behavioral symptoms remain central in the discussions between the therapist and family, however, other general family relationship issues or difficulties as they relate to ongoing recovery can now be brought forward for review.

Phase III commences when the adolescent is at or near full weight restoration and self-starvation behaviors have subsided.

Treatment focus shifts to the impact the eating disorder has had on the establishment of a healthy adolescent identity and efforts are made to ensure an adolescent is developmentally back on track from a physical, psychological, emotional and social perspective. 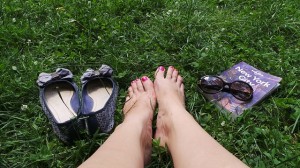 Throughout this process, parents are encouraged to embrace a non-critical stance toward the adolescent, as FBT adheres to the belief that the child too is not to blame for the eating disorder behaviors because they are mostly outside of his or her control.

FBT advocates for a firm, yet empathic approach that creates a zero-tolerance environment for the eating disorder without being forceful.

Studies have reported approximately two-thirds of adolescent patients to be considered recovered at the end of FBT while 75-90% are fully weight restored at five-year follow-up.

Additionally, researchers have shown that most children and adolescents suffering from anorexia nervosa require no more than approximately 20 treatment sessions, which has important implications for assisting youth to swiftly return to their developmental trajectory.

Families Are The Help, Not the Hurt

So what does this all mean? Although families do not cause eating disorders, they can be the best possible resource in helping a loved one to recover. Enabling loved ones to have an active role in treatment can create a force field of support that even the strongest of illnesses may have trouble penetrating.

Empowered. Capable. Knowledgeable. Mobilized. Successful. This is the internal dialogue that families should be encouraged to adopt. After all, they hold the most potent medicine (aside from food) that anyone can bring to the table. Love.