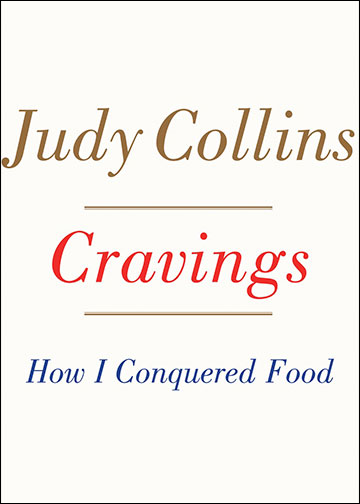 Cravings: How I Conquered Food

Cravings is the no-holds-barred account of folk legend Judy Collins’s harrowing struggle with compulsive overeating and of the journey that led her to a solution. Since childhood, Judy Collins has had a tumultuous, fraught relationship with food. Her issues with overeating nearly claimed her career and her life. For decades she thought she simply lacked self-discipline. She tried nearly every diet plan that exists, often turning to alcohol to dull the pain of yet another failed attempt to control her seemingly insatiable cravings. Alternating between chapters on her life and those of the many diet gurus she has encountered along the way (Atkins, Jean Nidetch of Weight Watchers, Andrew Weil, to name a few), Cravings is the culmination of Judy’s genuine desire to share what she’s learned—so that no one else has to navigate her heart-rending path to recovery.