The roots of dance therapy
can be traced to earliest human history,
when disease was seen as a loss of soul,
and dance was an intrinsic part of the healing ritual. 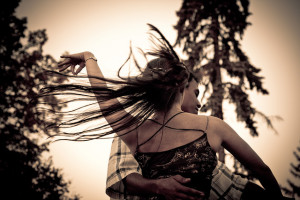 Our feelings are reflected by the experience of living in our body: how we express ourselves and, in the “big picture” of our lives, what the feelings mean to us. Essentially, we give form to our feelings through our actions (Kleinman & Hall, 2006).

The language of the body is our “native dialect” and, from the first kick in our mothers’ womb till our dying breath, we participate in a dance of life (Kleinman, 1993, Kleinman & Hall, 2006). Koch describes the challenge of individuals with eating disorders as well as the challenge faced by the therapists who try to reach them.

She says, “The spark of life started with a movement and dance/movement therapists use these sparks to help ignite feelings in those whose light has dimmed” ( 2011).

Living in a Body Inhabited by an Eating Disorder

The eating disorder assumes a powerful role for someone with an eating disorder by providing them with an illusion of control. This illusion allows the individual to avoid facing emotional issues by detaching from their bodily felt experiences.

The quest to distance from the body creates an internal burial ground in which feelings are stored, restricted, stockpiled, and avoided at all costs (Kleinman & Hall, 2006). Individuals with an eating disorder have a tendency to obsess and pick on their bodies, literally as well as figuratively.

In addition, they may refer to their body as “this body”, thereby depersonalizing their interpersonal relationship even further. It is not uncommon to hear someone with an eating disorder describe the relationship with their body as that of one with a stranger or even an enemy (Kleinman & Hall, 2006).

For example, Casey was aware that when she “thinks”, it is difficult for her to also “feel”. Despite knowing that her anxiety will increase no matter what she does, she continues to either ignore her feelings or try to convert them into thoughts. The consequences of maintaining this “balancing act” usually include numbness followed by extreme discomfort and jumpiness.

In an attempt to avoid being in her body, Casey, and many individuals with eating disorders can often be found frantically pulling at silly putty or shaking their extremities at amazingly quick speeds. Kristen, now recovered, described that when she lost the passion and joy that dance once held for her, her zest for life was also diminished.

“Growing up as a dancer, movement had always been a truly vital form of expression for me. With the presence of my eating disorder for so many years, movement eventually became less about expression and more about battling with myself in the mirror, disconnecting my mind, soul, and body, and avoiding my emotional pain. My “dance” became stifled by my desire for perfection. It seemed like perfection could never be reached and I believed I was never good enough. All of that supported a negative self image, affected my self esteem and fed by my eating disorder.”

What is Dance/Movement Therapy

Dance/movement therapy (DMT) is a psychotherapeutic method that heightens awareness of the importance of authentic communication between body and mind. Dance/movement therapists weave together dialogues that incorporate an emphasis on non-verbal communication by helping their patients experience feelings, express these feelings through their body language and identify the connection between what they discover and how it parallels their lives (Kleinman & Hall, 2005, 2006, Kleinman, 2009; Ressler, Kleinman, & Mott, E, (2010).

Some important skills acquired in the process of DMT training follow.

These strategies become the very coping skills that can help patients become more whole. Concepts that emanate from inner experiences and focus on accessing the language of the body include:

These concepts inform the expression of feelings that underlie the eating disorder by allowing them to move into the foreground of communication. Representing the underpinnings of DMT, they blend together to promote the development of meaningful relationships that foster collaboration, empowerment, and trust.

Rhythmic Synchrony is the ability to be in tune with ourselves and our patients (2006, 2009, 2010 ). By listening not only with our ears but our whole self we are able to foster the mutuality inherent in a meaningful therapeutic relationship.

A story passed on from early generations of dance/movement therapists describes how Marian Chace, the “mother” of DMT, was asked by the famous psychoanalyst, Frieda Fromm-Reichmann, how to form a stronger alliance with her patients. Chace responded by teaching Fromm-Reichmann how to attune to her patients as they walked together on the grounds of the well known psychiatric hospital, Chestnut Lodge, (Shelley, 1993, Kalish, 2014). 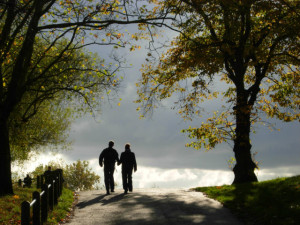 This concept was first coined by dance/movement therapist Miriam Roskin Berger in 1956 (1989). More recently, Berger reiterated, “Moving with another is to truly see them…dance therapy offers the unique gift of movement that reveals meaning while words often give only a glimpse (2010).” Pallaro (2007) adds that “the recent discovery of mirror neurons may indicate that the ability to respond to another’s feeling states and understand them is, in fact, a result of bodily based kinesthetic empathy (p.183).”

An example of one woman’s participation in DMT follows:

“I was sobbing when I came into the group. My peers comforted me and I was able to become involved in the experience. Slowly but surely, I began to feel better. As other group members came up with movements to share, I felt supported and validated. When it was my turn to contribute a movement, I was stunned when I realized that a movement had come out of me from my childhood. I had thought of the gesture Carol Burnett always did at the end of her television shows as she pulled on her ear.

What did that mean? I realized that the movements had to be a reflection of what I was feeling. This particular movement seemed to express some kind of acceptance within me. When I mourn I become overwhelmed with my despair and I cannot stop grieving. I lose all power. Maybe I have ‘tools” to cope within me that I haven’t tapped into yet. Maybe all I need is already within me. I still can’t get over it, because of this experience I am considering that I CAN understand what I feel and that it can come naturally if I allow it. Now that I know that I have this ability, I want it. Maybe I really can get better.”

Beginning to feel safe enough to experience, express and understand feelings and sensations as an integral aspect of life is a core task for individuals with eating disorders. However, this is not easy because the fear to avoid connection is so strong. Dance/movement therapy as an integral part of eating disorder treatment can help patients re-claim authentic connection with themselves in both actions and words. This can, over time, lead to the genuine and long-lasting change associated with the ability to sustain recovery.

Susan Kleinman, a board certified Dance/Movement Therapist, National Certified Counselor and Certified Eating Disorder Specialist, is Creative Arts Therapies Supervisor and Dance/Movement Therapist for The Renfrew Center. Ms Kleinman is a trustee of the Marian Chace Foundation, Past President of the American Dance Therapy Association, and a past Chair of The National Coalition for Creative Arts Therapies.

She has published extensively, presented widely, and is the recipient of the American Dance Therapy Association’s 2013 Lifetime Achievement Award and The International Association of Eating Disorders Professional’s 2014 Spirit of iaedp award. Her work is featured in the documentary entitled Expressing Disorder: Journey to Recovery

For more information, visit The Renfrew Center @ www.renfrewcenter.com or call 1-800-RENFREW, and The American Dance Therapy Association @ www.adta.org or call 410-997-4040