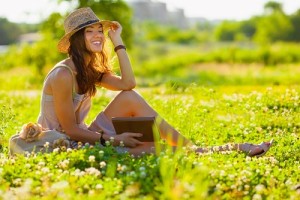 America is a culture that is inundated with images. Websites, magazines, television, and advertising have come to serve as a manual for how we should look, dress and live. The images we see attempt to show us what is desirable to the opposite sex, and how to achieve that look.

However, we are not the same. Women, especially, range dramatically in size, shape, and appearance. Throughout life, our bodies are in a constant state of change. The fashion industry in particular perpetuates the myth that we can, and should appear in a certain likeness to what we see on the page and screen.

The truth is the female body exists in an infinite variety of sizes and shapes, but in fashion magazines and on the runway only one shape is represented: tall and thin. The average American woman, according to women’s health expert Dr. Pamela Peeke, is 5’4” with a waist size of 34-35 inches. She weighs between 140-150 pounds, which equals a dress size of 12-14, which is drastically different than the average fashion model.

According to the New York Better Business Bureau, high fashion models need to be, “between 5’9” and 6’ and weigh between 110-130 pounds, with eyes widely spaced.” Let’s take a moment to look at reality. If a woman is 5’9 and weighs 110 pounds, her BMI is 16.2, which is considered underweight. In 1968, the average fashion model was 8% thinner than the average woman. Today models are 23% thinner. Our cultural ideal is shrinking.

The Attempt at Maintaining an “Ideal” Body

To attempt to become and maintain an unrealistic body size and shape can be torturous. When someone deprives themselves of whole food groups by declaring them bad, they begin to experience cravings which can lead to binges, and ultimately feelings of guilt and shame about not being good enough to become the image that is desired. This is a dangerous and deadly cycle often resulting in the onset of an eating disorder.

Mary Pipher, PhD, and author of Reviving Ophelia; Saving the Selves of Adolescent Girls, said the following. “I think anorexia is a metaphor. It’s the young woman’s statement that she will become what the culture asks of its women, which is that they be thin and nonthreatening.”

This statement rings so true with the fashion industry. In ways, marketing tells us who and what to be. Our voice as women is absent. Our individuality and uniqueness is replaced by the image of a thin, emotionless and starving woman. In reality, women’s bodies are soft and curvaceous. We possess hips that expand to give birth to a child, and breasts to feed our children. Even if we chose not to use our bodies for motherhood, we are born with bodies equipped for that purpose.

When women starve themselves to achieve an ideal, they are not only restricting calories, but pleasure, balance and health. However, with all of the negative side effects, eating disorders do serve a function. They are effective in the short term. Eating disorders can be seen as a defense against uncomfortable feelings.

In the beginning, an eating disorder can even be exhilarating…until it is not. After running on low fuel for an extended period of time, bodies begin to break down. A malnourished brain causes one to feel anxious, depressed, confused and tired. At this time, some patients with eating disorders keep going due to motivation of a false sense of power and control. 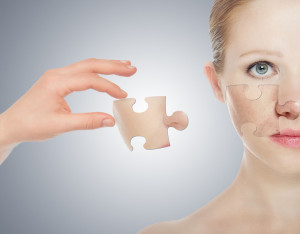 As an eating disorder therapist, it is not at all uncommon for young women to sit across from me in a therapy session or group, and declare that they will only be happy if they are thin enough. Therein lies the problem; when someone is suffering from an eating disorder, there is no such thing as thin enough.

The truth is that the thinner one becomes, the more anxious, depressed, cognitively impaired, distorted and physically weak they also become. Those who deny themselves food, and purge or fast to lose weight, will deplete their bodies of electrolytes and fluid necessary for normal heart, kidney, and liver function…rapid weight loss can mean metabolic collapse and/or sudden death (Roberto, 1993).

Someone suffering from an eating disorder is simply unable to see themselves in a realistic light.

The Fashion Industry Is a Factor, Not a Cause

It’s important to state that the fashion industry is not the cause of eating disorders. We are a culmination of our life experiences. The natural stresses and losses in life mixed with our culture’s notions of beauty are a toxic combination.

When women shop, whether it’s online, from catalogues, or in a store, we are confronted with an onslaught of unrealistic and unsustainable body shapes that have become the cultural ideal. The images are unrelenting. Even if one chooses not subscribe to fashion magazines or watch television, the images cannot be avoided. 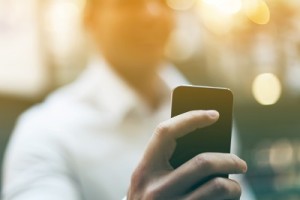 Billboards, the covers of magazines in the check-out line, advertisements that pop-up on Facebook and frequently used websites are nearly impossible to escape. It’s important to remind ourselves that the images we see are not always real, and certainly aren’t sustainable in a healthy way.

Katherine Zerbe, psychoanalyst and author of Body Betrayed, states, “At some point we all must deal with illness, aging, and the finiteness of life itself. To prepare for this confrontation with life’s vicissitudes, we must find meaning and purpose that transcend the acquisition of thinness and beauty.”

Beauty takes on many different forms, in what ways do you see beauty within yourself and within others?

Elizabeth is a therapist at McCallum Place Eating Disorders Center in St. Louis. She received her Bachelor of Science in English and Community health from Southern Illinois University and her Masters in Professional Counseling from Lindenwood University. She worked as a therapist at the Schiele Clinic of the St. Louis Psychoanalytic Institute and has completed the Advanced Psychodynamic Psychotherapy Program at the Institute.

She is a member of the American Counseling Association. Elizabeth enjoys facilitating groups such as sexuality, life narratives and family systems. Elizabeth uses psychoanalytic theory to help the patients utilize the therapeutic relationship as a place to explore the function of their eating disorder. She works to help the patients use their strengths to find balance and joy in their lives.