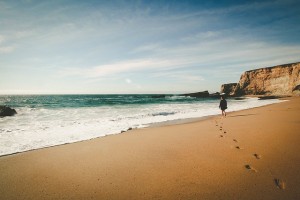 With tank tops, shorts, and swimsuits, summertime reveals skin along with body insecurities. Stripping down to a swimsuit, skimpy or not, increases anxiety in women and men who don’t feel so great about their body. And that’s many, if not most, of them.

Body dissatisfaction, regardless of body size and race is “one of the most consistent and robust risk factors for eating disorders and a significant predictor of low self-esteem, depression, and obesity,” the study says.

Most media messages only reinforce people’s deflated body image, telling us on magazine covers how to get “bikini ready,” and asking us on billboards “Are you beach body ready?” This particular billboard, which posed the question alongside a super-thin model wearing a slinky bikini, provoked public outrage in Britain until it government banned it. The billboard crossed the pond to New York just in time for summer.

Ubiquitous is the super-thin model, who on average weighs about 23% less than the average woman, and unavoidable is the message an average woman is given: thinner is better2. In reality, only 5% of American women naturally have the slim female body most often depicted in media3.

Add photoshop and digital retouching to an already thin model, and there is a chasm between what we see in magazines and what we see on the street. Last year, an angry audience slapped mega-merchandiser Target on the wrist when one of their online swimsuit models was obviously photoshopped to shrink her torso and expand her thigh gap. Target publicly apologized and removed the picture from its site.

The vast incongruity between media and reality punctures the public’s body image — especially when swimsuit season forces fewer layers and more skin. When someone tells a woman she looks good in her swimsuit, only 1 in 4 believe it, mostly likely because the woman doesn’t believe it herself, according to a survey of more than 1,000 women by Fitness magazine4.

In the same survey, 36% of women said they wouldn’t accept an invitation from Justin Timberlake — JT himself — to a beach party because they don’t believe their bodies are in good enough shape. 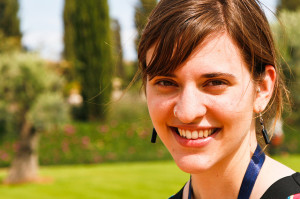 Speaking to this insecurity, and perhaps making up for last year’s Photoshop gaff, Target released this summer a swimsuit advertising campaign some journalists are calling the “most body-positive ad ever.”5

The online video advertisement interviews four women who are reluctantly shopping for swimsuits, and with the help of a stylist, find a suit to highlight favored parts of their bodies and diminish the not-so-favorite parts. While Target shows a hopeful turn in advertising, such campaigns remain rare enough to make news.

Still body image is up us an individuals, to each of us to consider and believe ourselves beautiful. Here are some tips to help6:

What positive statements have you made to yourself to promote a positive body image?