These types of mental conditions can wreak havoc on someone’s physical and emotional health. Identifying disordered eating is the first step in treating it.

The Different Types of Eating Disorders

Anorexia is an eating disorder characterized by severe food restriction. This food restriction results in being underweight and malnourished. Someone with anorexia severely limits their food intake out of a fear of becoming fat or gaining weight.

This fear can cause significant emotional distress. People with anorexia may also compulsively exercise, purge, or use laxatives.

These binges are followed with a behavior intended to offset the “consequences” of binging. Compensatory behaviors could be self-induced vomiting, laxative use, fasting, or compulsive exercise.

BED is an eating disorder characterized by frequent binges. As mentioned above, a binge is when someone eats an amount of food that is larger than what most people would eat in the same amount of time. These binges are followed by feelings of guilt, disgust, and other distressing feelings.

Someone is diagnosed with pica when they eat things that are not considered food, such as dirt, lead pencils, ash, or bricks. There is a wide range of items that may be consumed. This behavior is compulsive.

ARFID is similar to Anorexia in that people with ARFID also significantly restrict their food intake. However, this food restriction isn’t driven by a fear of gaining weight or concern about their body image.

Rumination disorder is when someone regurgitates their food. Someone with this disorder may re-swallow, re-chew, or spit out their food. This behavior isn’t intentional and isn’t due to emotional discomfort with eating.

While not considered an eating disorder, there are other disorders that can result from body image concerns, such as compulsive exercise or body dysmorphic disorder.

Body dysmorphic disorder is a condition in which someone essentially obsesses about a perceived physical flaw. Even if this flaw is minor, for the person with this disorder the flaw can be a source of extreme anxiety and shame. One example of this is muscle dysmorphia [3].

Muscle dysmorphia is when someone feels an immense pressure to be muscular. This is sometimes referred to as “reverse anorexia” as there is a pressure to be bigger, rather than smaller [3].

Boys and men are flooded with messages from the media that the most attractive male body is big and strong. This can lead to an obsessive attempt to be as big as possible. People with muscle dysmorphia may not have an accurate perception of the size of their body. Similar to how someone with anorexia may look in the mirror and see a much bigger body than they actually have, someone with muscle dysmorphia may see a much smaller body than what they have. 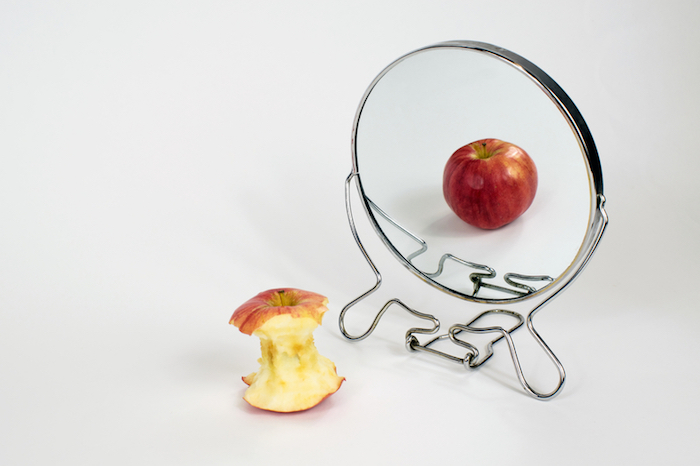 Gender Differences in Diagnosis and Treatment

Research shows that boys tend to have more severe medical complications from eating disorders, yet do not get diagnosed as often as girls do [2].

This may be due to gender expectations and bias. It is difficult to determine exactly why this is the case. Part of this may be that the screening tools assess for symptoms that common in girls [2].

However, it’s also possible that providers don’t assess for or diagnose boys and men with eating disorders due to the stereotype that only girls and women experience these conditions.

Another factor may be that many boys and men have been socialized to not talk about their struggles or emotions, that they don’t reach out for help. This can make it easier to miss the signs and symptoms of disordered eating if your son is acting as if everything is fine.

Signs of Eating Disorders in Boys

Signs of an eating disorder include:

What Causes Eating Disorders in Boys

What to Do if Your Child Has an Eating Disorder

If your child has an eating disorder, it’s important to get help. It can be difficult to bring this up to your son. Here are some tips for talking about this with him:

There’s a wide range of treatment options available. It can be intimidating to start this process, but treatment is necessary for healing and recovery.