Eating disorders across all diagnoses — anorexia, bulimia and binge eating disorder — are often a silent secretive battle with many medical complications. For those struggling with these life-threatening illnesses, about 90% are also suffering from depression and other mood-related disorders.  Eating disorders are oftentimes accompanied with thoughts of suicide or suicide attempts. In fact, suicide is the most common cause of death among individuals with eating disorders. While eating disorders have the highest mortality rate of all psychiatric disorders.

Recent studies have shown that within the eating disorder population people with anorexia have the highest rate of completed suicide and those with bulimia have the greatest number of attempts.  Furthermore, one study also found that half of the people struggling with binge eating disorder have attempted suicide.   Attempts by individuals with anorexia tend to be planned, while attempts by individuals with bulimia tend to be more impulsive.

There is an increased risk of suicide attempts in anorexics who are:

There is an increased risk of suicide attempt in bulimics who have: 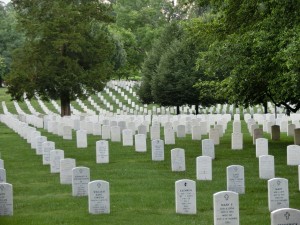 It is important to understand the difference between self-injury and suicide, and also how they are connected.  Self-injury is a physical mean of harming one’s self, not with the intent to suicide, but as a negative coping skill often used to manage uncomfortable “bad” emotions.  Self-injury is meant to be temporary.  Alternatively, suicide is seen as a means to an end and meant to be permanent.  While an individual can self-harm without being suicidal, the risk of suicide increases 50% within the first year after an episode of self-injury.  The prevalence of self-injury among eating disorder patients is approximately 25% regardless of the type of eating disorder (Eating Disorders 2002; 10:205).

When trying to understand suicidality amongst those with eating disorders there are many things to keep in mind:

They believe they aren’t good enough. They strive for perfection, an unrealistic ideal, and at times this experience of repeated failure may lead to increase feelings of worthlessness and suicidal thinking. 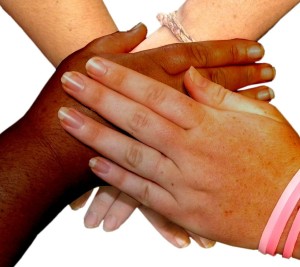 One of the most important factors to getting better from an eating disorder without suicidal thoughts is being in the appropriate level of care.  The level of care is best determined through a comprehensive and specialized eating disorder evaluation.  Like depression and anxiety, eating disorders are disorders of emotional distress and often exist along with another mood disorder and/or anxiety disorder.  The eating disorder behaviors are driven by emotions.  Their purpose often serves to avoid emotional discomfort or decrease the intensity of the unwanted emotion.  One of the essential aspects of treatment is to learn to tolerate all emotions.  This can be incredibly distressing at first and it’s common that individuals and families experience this as treatment making things worse.  It may feel counterintuitive to feel worse in order to get better.  As those suffering begin to become more in touch with their emotions they may feel more depressed and/or increasingly overwhelmed which could lead to an increase in suicidal thinking.

Therefore it is essential to receive treatment at the appropriate level of care and to work with a multi-disciplinary team.  Patients often feel like their “bad intense” emotions will never go away, but it’s important to remember that emotions are temporary.  If an individual, for example, has had their eating disorder for five years and has used their eating disorder behaviors to mange/avoid emotions for five years, then when they start feeling it may feel like five years worth of emotions all at once. With treatment, one can learn how to experience and express these built up emotions and how to do so on a regular basis so they don’t become overwhelming or terrifying.  There is hope.

The following are some warning signs that someone may be at risk for suicide.  For this list and additional resources visit www.save.org

There are a lot of myths about suicide, such as; talking about suicide may give someone the idea.  This is not the case.  In fact, one of the most helpful things a support person can do is to bring it up and discuss it openly.  If someone is in a psychiatric emergency they should go to their nearest emergency room, call 911, and/or call the National Suicide Prevention Lifeline 1-800-273-TALK (8255).

To schedule a comprehensive evaluation for eating disorder treatment and to determine the right level of care, call The Renfrew Center at 1-800-RENFREW, which specializes in this type of care.