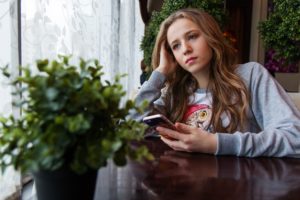 The nature of addiction is complex and multifaceted, affecting an individual’s behavior and brain functions.  Though addictions are typically relapsing and chronic, they are also treatable diseases that men and women can overcome with adequate care and intervention.

Whether the addiction is to drugs, alcohol, or food, many commonalities link the nature of these vicious cycles.  Understanding the root of an addiction is crucial to preventing the development of co-occurring disorders, or the combination of a mental disorder with an alcohol or drug use disorder.

Examples of co-occurring disorders include the combinations of alcoholism with a panic disorder, or a cocaine addiction with an eating disorder (such as Anorexia or Bulimia Nervosa).  Though these disorders may interact differently among individuals, the mental health illness and alcohol/drug disorder can trigger or exacerbate the symptoms of one another.

In addition to this, men or women struggling with co-occurring addictions will often experience more severe physical, emotional, and social problems.  Individuals with an addiction to drugs/alcohol in addition to an eating disorder or a mental health disorder leads to increased vulnerability, largely because the worsening of one disease will impact the potential of relapse in the other.

According to the Substance Abuse and Mental Health Services Administration (SAMHSA), an estimated seven to ten million individuals in the United States have at least one mental disorder as well as an alcohol or drug use disorder [1].

Research has also shown a high co-occurrence of eating disorders among women and men with substance abuse disorders, with women that have either a drug addiction or an eating disorder being more than four times as likely to develop the other disorder compared to women who had neither disorder [2].

When painful situations arise, food and drugs often become the means for managing stress, especially in the absence of positive coping skills.  A person who is seeking recovery from an eating disorder, for example, might turn to drugs or alcohol to cope with the difficulties encountered in recovery.

In the same way, an individual recovering from a drug or alcohol addiction might develop disordered eating habits to compensate for the lack of chemical reinforcement they once received.

The combination of a substance addiction and mental disorder can be lethal, prying an individual into an endless cycle of deadly consequences if left untreated.  Because of the potentially dangerous ways these two disorders can interact, professional treatment that addresses both diseases is crucial for recovery.

Finding an integrated program that supports medical stabilization, nutritional rehabilitation, pharmacoatherapy, and psychosocial treatments can most effectively support recovery from both a substance addiction and eating disorder.

On the other hand, if you or a loved one has been suffering with a substance addiction and eating disorder, understanding the relationship between these two diseases can reinforce your need for professional help and treatment.  You have likely experienced the burden of two powerful disorders that could lead to the demise of your well-being and life.

However, being aware of the resources and help that are available to you can empower your victory over these diseases.  Reaching out for help is not an easy task, but it just might be the most significant step towards saving your life.