While the majority of those with bulimia, as with any eating disorder, are women, men do indeed struggle with binge eating and its associated features. Historically, the ratio of women to men with eating disorders like bulimia nervosa and anorexia nervosa has been calculated at roughly 10 to one (Weltzin, 2005). In contrast, for binge eating approximately 40% are men.

The essential features, the fundamental elements of treatment, and the course of recovery are admittedly similar. At the same time, there are important differences that serve as barriers to identification of sufferers, access to care, and speedy recovery. The assumption that men and women are equal with having eating disorders has resulted in men with eating disorders being “under-diagnosed, undertreated, and misunderstood (Strother, Lemberg, Stanford, & Turberville, 2012).”

The Differences For Men with Bulimia

I would like to examine some of those differences to illustrate how an obvious, general similarity can obscure a telling difference. Exercise, body image, and the effects of media among males are prime examples where apparent similarities with females can obscure crucial differences.

Men compulsively exercise, expending many calories, for other reasons also (Anderson, 1999), such as to avoid developing a medical condition like heart disease, or to enhance athletic performance, or paradoxically, to build muscle mass. It is less likely to reflect a drive for thinness as much as it is to be healthier, or stronger, or bigger, or to fit the culturally-defined standard of masculine appearance.

While the purpose may differ, the excessive exercise will have the same consequences. Exercise does burn calories and can produce semi-starvation that leads to binge eating, especially when paired with a high-protein eating regimen designed to build muscle. The resulting loss of control of eating will be as distasteful whatever the reason for exercising.

The Patterns of Exercising

The compelling similarities in the pattern of exercising, i.e. excessive, compulsive, calorie-burning, will over-shadow the crucial difference in purpose for the behavior. Insisting that the exercise is to achieve weight loss, when the bulimic male sees its purpose is to achieve better health, has unfortunate consequences.

The male will feel a little misunderstood and the therapist could lose some credibility. A distorted health-harming belief will not be accurately articulated, and thus not as effectively challenged.

Another similar but different characteristic is body image. The overwhelming majority of females engage in weight loss efforts in order to attain thinness, thus conforming to the culturally defined standard of feminine attractiveness. Approximately half of men are similarly motivated to obtain a thin body frame for the sake of an attractive appearance.

But as many men engage in the same weight control behaviors but striving for a different purpose; they are pursuing muscularity. Like the more common presentations of eating disorders in females, males with muscle dysmorphia pay extraordinary attention to diet, selecting high protein and low calorie foods to eat, abuse stimulants like ephedra and caffeine, and have profound distortions in body image.

The meticulous attention to macronutrients in selected foods and the avoidance of high fat, high calorie foods will look very much like the behavior of most women with an eating disorder, with clinically significant anxiety if the desired regimen is not followed precisely.

What might be overlooked is that the man is consuming 5 or 6 high protein, low fat meals a day. Often muscle enhancers like anabolic steroids are used in combination with excessive exercise and eccentric eating regimens, and will produce a bulky physique with prominent musculature, in contrast to the thin, non-muscular body habitus of many women with eating disorders.

Men Can Feel They Are Too Fat Or Too Skinny 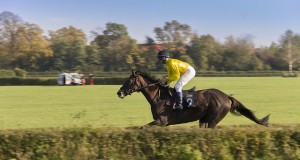 It is with body image that the similar but different phenomena might be most striking. In the eating disorder field, it’s almost a given that body distortions and dissatisfactions refer to the perception of needing to be thinner.

Like women, men with eating disorders can be deeply dissatisfied with their appearance, many seeing themselves as too heavy and needing to lose weight, and a comparable number of men are deeply dissatisfied and have profound perceptual distortions but because they are not sufficiently muscular or big enough. Of the men who use many of the same weight control methods as women do to pursue thinness, half will be pursuing muscularity (Cain et al., 2004).

Imagine a man far bigger than the typical male with bulging biceps and body fat less than 5% complaining that they are not muscular enough.

The sociocultural influences on men to be muscular are similar to the process in women to be thin. During roughly the same period of time that female fashion models have become skinnier, male models now have smaller waists, larger chests and biceps, and have lost about 12 pounds of fat while gaining over 25 pounds of muscle (Pope et al., 2002).

These portrayals of muscular men are no more attainable than images of extraordinarily thin women. Not surprisingly, body dissatisfaction among men is rising to the same levels as for women, some because they are too heavy and others because they are not bulky enough.

Body Dissatisfaction Is the Only Constant

For all of the similarities, the masculine experience of an eating disorder will differ from women’s experiences. The eating disorder behaviors will be the same but directed to different purposes; body dissatisfaction will be comparably severe, but for some men in the opposite direction; neither men nor women are immune to sociocultural influences but will impact different beliefs, expectations and values.

At the most general level, the meaning of having an eating disorder will differ; recognizing the gender-related differences can make all of the difference for recovery.

Dr. Flanery earned his doctorate in Clinical Psychology at the University of Wisconsin in Madison in 1983. He is the Director of Webster Wellness Professionals, a St. Louis eating disorder treatment center. Specific treatment interests of his are: evidence-based treatments of anorexia nervosa, bulimia nervosa, binge eating disorder, and other variants of eating disorders. He also is especially interested in tailoring treatment methods for males with eating disorders and weight control concerns.

He is an adjunct associate professor of Family Medicine at Saint Louis University School of Medicine. Dr. Flanery has more than 25 years of clinical experience treating eating disorders and obesity. He also has a broad background in the treatment of a variety of childhood and adolescent conditions. He uses evidenced-based methods to help individuals achieve lifetime healthy weight management and weight control.