Individuals that are LGTBQ+are at a higher risk for many mental health disorders. Researchers posit that this is due to the “minority stress model,” which asserts that “sexual minority health disparities can be explained in large part by stressors induced by a hostile, homophobic culture, which often results in a lifetime of harassment, maltreatment, discrimination and victimization and may ultimately impact access to care [1].”

This model identifies stressors that LBGTQ+ individuals might face such as “experiences of prejudice, expectations of rejection, hiding, concealing, internalized homophobia and ameliorative coping processes.” The understanding is that “stressors such as homophobia or sexual stigma that may arise from the environment require an individual to adapt but also cause significant stress, which ultimately affects physical and mental health outcomes [1].”

Are LGBTQ+ Individuals at Higher Risk for Eating Disorders?

Some of the mental health disorders that LGBTQ+ individuals are at increased risk of developing include eating disorder diagnoses.

Adult individuals in the LGBTQ+ community have been found to have more eating disorder symptomatology, such as desire to be thin, bingeing, purging, and body dissatisfaction, than heterosexual populations [2]. These individuals are also 2x more likely to experience food addiction and report higher rates of weight discrimination [2].

Studies also indicate that “individuals from sexual and gender minority groups that perceive higher levels of stigma are more likely to report eating disorder symptoms” and that “shame, concealment of one’s sexual identity, and discrimination increases the risk of eating disorders in sexual minority men and women [2].” 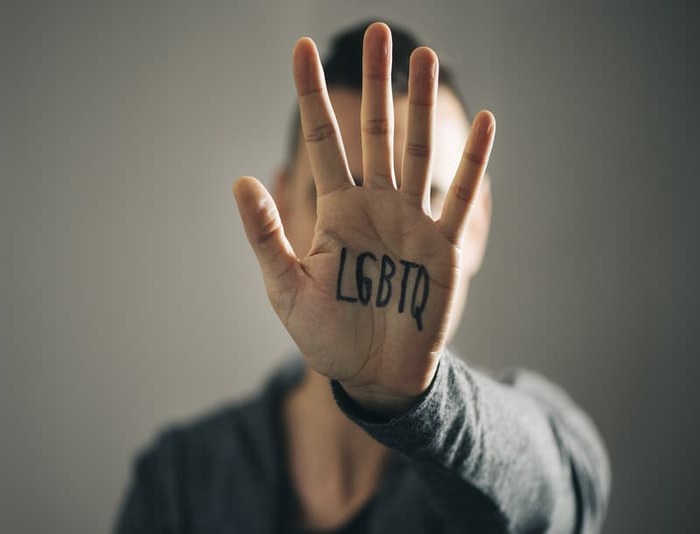 One population in the LGBTQ+ community that are consistently found to be at higher risk for eating disorder development are gay men.

Many gay men report experiencing pressure to appear a specific way based on their communities as well as society’s stigmatizing beliefs on how gay men should or should not appear.

Research indicates that gay men are at greater risk than heterosexual men for developing eating disorders as well has having higher rates of a drive for thinnes, body dissatisfaction, and anxiety related to their body image [3].

Additionally, the perception of stigma is found to be directly related to eating disorder development. This means that the fear or perception of being stigmatized for having a certain appearance or body type makes gay men more liekly to develop disordered behaviors to avoid this stigmatization.

Individuals that are transgender are also at increased risk for eating disorders, particularly anorexia nervosa. Anorexia Nervosa is an eating disorder characterized by severe restriction of nutritional intake in order to alter one’s appearance.

Studies indicate that “prevalence of self-reported disordered eating and inappropriate compensatory behavior was higher among transgender students than cisgender gay or heterosexual students [3].”

These individuals may be at increased risk for disordered eating could be due to “dissatisfaction or distress in relation to features of their biological sex that are inconsistent with their gender identity [3].” It is believed that eating disorder behaviors are secondary to this dissatisfaction, meaning the behaviors are used to cope with the dissatisfaction.

A great deal of eating disorder research focuses on heterosexual females so there is limited information on trangender people and eating disorders. What is know is that: 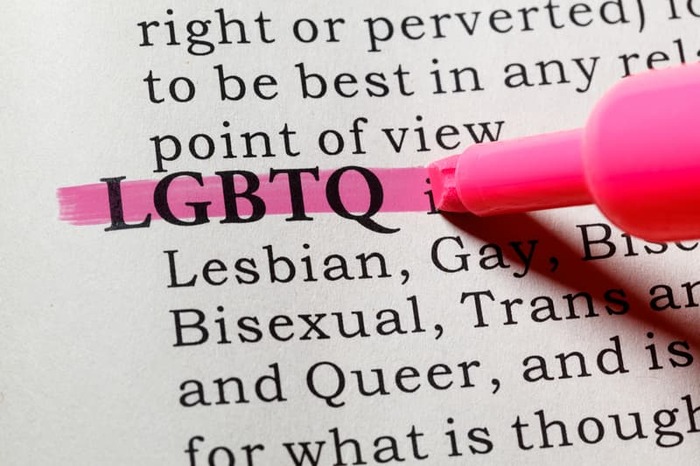 Individuals that are in the LGBTQ+ community walk through the world with different experiences due to societal discrimination and stigmatization as well as their internal experiences of self-evaluation and gender identity.

All of this must be taken into account when these individuals are being treated. Eating Disorder treatment specialists working with the LGBTQ community must have, at minimum, an understanding of these factors and being comfortable allowing LGBTQ+ individuals the space to discuss them and how they impact their lives and eating disorder beliefs and behaviors.

Additionally, it is crucial that treatment providers for individuals in the LGBTQ+ community are respectful of their identities and support these unconditionally. This involves, at the very least, utilizing the pronouns and names asserted by the patient.

It is shameful that individuals in the LGBTQ+ community are at an increased risk for eating disorders due to bravely living as their true selves. This should be celebrated and encouraged in their treatment and supported by their treatment team.