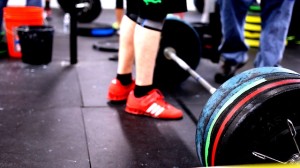 As many of you may already be aware, several forms of eating disorders are characterized by countless attempts to compete for perfection. When looking beyond the obvious issue of appearances, [i.e. thinness, beauty, being “cut”, etc.] this often extends itself to other aspects of our endeavors.

Certainly not limited to women, men also can manifest this need to excel and achieve. The question may arise from the above: Do people [men and women] who engage in eating disordered behaviors such as:

and similar practices ALL do so in the service of “looking better” or “looking thinner”?

Compelled to Purge Not Always Based on Looks?

Is it possible to be compelled to lose weight for reasons other than aesthetics? Last but not least to ask is, whether there are external forces that reinforce weight loss in order to achieve success in an occupation or avocation?

If you answered YES to these questions you’d be absolutely on target. As all eating disorders are not about “one size fits all” there are people who are encouraged, if not pushed into, dangerous and desperate practices in order to “make the grade” in their chosen sport, occupation, or profession.

These include both men and woman, adults and children who are not so much concerned about being “thin enough to look better” but rather to weigh less and BE THIN enough to perform. Although I’m going to focus on the sport of wrestling [high school, college, Olympic venues], to be sure there are a few examples where eating disordered behaviors are rampant, including the world of:

In some of these, the difference of a few pounds can literally jeopardize someone’s livelihood. 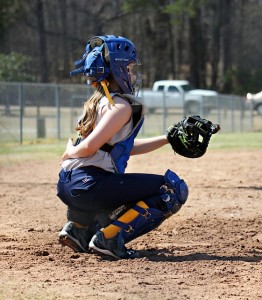 Wrestling is an interesting example of how eternal forces [sports culture] can have unintended consequences. Primarily a male dominated sport, Greco-Roman Wrestling is most frequently seen among High School, College, and Olympic competitions. Competitors are matched according to weigh classes. Being “a few pounds less” gets you matched with someone at a lower weight class – thus improving your chances for a win.

No need to go into more detail than to say it can be a significant advantage to weigh less just before a match and be given an adversary you have a better chance of winning against.

That being the case, the wrestling culture, much like the jockey room at a racetrack, it is not unusual to see practices such as sitting in a steam room or sauna to loose water weight, restricting for a day or two before being weighed in, and yes, in many instances purging before a match. Whatever works to make the cutoff is certainly part of the norm.

Eating Disorders Can Be Deadly

Although there are not definitive statistics to report here, it would not be a surprise to hear now and again of some athlete who expired suddenly on the playing field or at a competitive event of heart failure or for some “unknown cause.” Would it be possible for this to be a factor? Of course it would.

Eating disorders are risky illnesses. One need not have a body image issue, a diagnosis of anorexia or bulimia per se, or engage in these behaviors daily in order to be in harms way. Likewise, whether male or female, young or older, we need to be mindful of the fact there are parts of our culture that covet success and achievement at a cost that most should not consider paying.