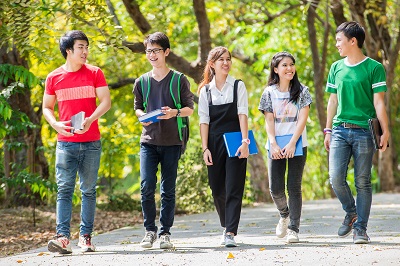 College campuses are notorious as breeding grounds for alcoholism and drug addiction as well as making students vulnerable to eating disorders.

According to a questionnaire-based self-report, nearly 33% of students satisfy criteria associated with alcoholism and roughly 6% meet criteria for alcohol dependence (Knight, et al., 2002).

However, while many individuals are aware of the rising rate of drug and alcohol abuse among college students, it is less acknowledged that a striking 25% of college students attempt to control their weight using behaviors associated with Bulimia Nervosa (Renfrew Center Evaluation, 2003) and nearly 91% of female college students use dieting as a weight-control mechanism (Shisslak, et al., 1995).

Anyone who has entered college is likely familiar with the challenges associated with such an academic and personal transition. Not only are young men and women forced to face a physical transition from living at home to experiencing the dorm-room culture, but they are also expected to balance their personal and social needs with academic rigor, all without help from mom and dad.

In addition to learning the values associated with independence, these recent high school graduates are also exposed to an unfamiliar milieu, some better than others. The combination of such responsibilities often leaves such individuals with feelings of anxiety and the students vulnerable to eating disorders.

While some students might have an easier time adjusting to the transition, others may begin to feel overwhelmed and bombarded with responsibilities, often relying on individual coping mechanisms, such as controlling food consumption, to account for the change. Gaining acceptance into a University is often a result of academic drive, and a common characteristic associated with academic perseverance is perfectionism.

Students already prone to perfectionist behaviors will naturally strive for similar levels of perfection once attending college. The combination of such pre-existing perfectionist attitudes and the pressure-cooker environment of college-level academia serve as fodder for the development of eating disorders.

The same trait that contributes to students’ academic success may also be a factor in their adoption of disordered eating behaviors. According to Danielle Aubin, Intake Coordinator for New Dawn Eating Disorder Recovery Center, college serves as a rewarding system for perfectionists. “You get an A for success and an F for failure.

That is not such a self-accepting and peaceful environment in general.  It is competitive and can really make a person think of themselves as a number whether it is a GPA or BMI.”  However, perfectionist tendencies alone do not necessarily precipitate eating disorders but they do make you more vulnerable to eating disorders. 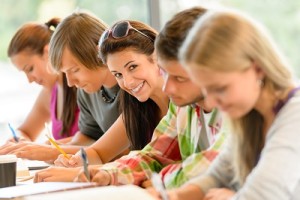 In conjunction with the pressure to maintain academic prestige, students encounter external demands to fulfill a physical ideal.

Within the first few weeks of school freshman students corral into social circles, enroll in team sports, and entertain the notion of pursuing Greek-life.

For some, this is simply a matter of routine, while for others it serves as the critical moment in the cultivation of an eating disorder.

Sororities and Fraternities, while not directly causal factors in the development of disordered eating, do reinforce the importance of physical appearance.  Attending social gatherings is a large component of entering Greek-life, and it is not unusual for young men and women to utilize such occasions to stand out in terms of their physical exterior.

In a study examining the effects of organized social groups on the socialization of bulimia on college campuses, researchers noted a “social contagion” pertaining to individual and eating disorders (Crandall, 1988). Results indicated a causal relationship between the attaining social uniformity and manipulating one’s individual behavior, thus supporting the assertion that Greek life promulgates the cultivation of disordered eating.

While attending college does not guarantee the adoption of an eating disorder, college students remain especially vulnerable to disordered eating due to stressors associated with academic prestige, social acceptance, and independence.

Published on August 6, 2012
Reviewed And Updated By:  Jacquelyn Ekern, MS, LPC on April 16, 2019.
Published on EatingDisorderHope.com