Home » Eating Disorder Awareness & Education » What is Orthorexia: Symptoms, Complications and Causes » How To Recognize and Understand Orthorexia

When people hear the term “eating disorder,” they may commonly associate this phrase with one of the illnesses that is more commonly known, such as Anorexia Nervosa, Bulimia Nervosa, or Binge Eating Disorder. However, Orthorexia is a much lesser known eating disorder making it more difficult to understand Orthorexia.

To Understand Orthorexia Know What It Is?

The Academy of Nutrition and Dietetics defines Orthorexia as an unhealthy fixation on eating healthy or “pure” foods [1]. This disorder is typically characterized by an extreme obsession with avoiding foods perceived to be harmful or unwholesome. Literally translating from the Greek to mean “correct diet,” this phrase was first presented by Steven Bratman, M.D. in 1997 to describe this condition that resembles other eating disorders [2].

Unlike Anorexia and Bulimia, however, Orthorexia differs in that its preoccupations concern the quality of food rather than the quantity of food [3]. Another difference between Orthorexia and the more common eating disorders is the underlying motive which makes it hard to understand orthorexia.

For example, Anorexia is characterized by significant weight loss and a fear of weight gain, whereas with Orthorexia, weight loss might not necessarily be the goal but rather the desire to establish feelings of health, cleanliness, and pureness, particularly through their eating habits and food choices.

While Orthorexia is not listed as an official diagnosis in the Diagnostic and Statistical Manual of Mental Disorders or recognized as a mental disorder by the American Psychiatric Association, it is largely used by health practitioners who have observed the conditions characterized by this eating disorder [4].

The Effect of Diet Fads on Orthorexia

With the ongoing saturation of new diet fads promoted through the media and the often contradictory dietary advice, this disorder is, unfortunately, becoming more common in our society today.

While the notion that the preoccupation with eating “healthy” could potentially develop into an eating disorder, it is important to understand what distinguish this disorder from just simple healthy living. 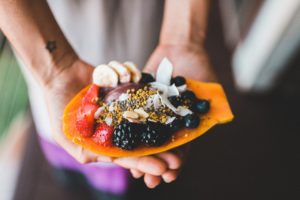 Orthorexia exhibits an obsession with wholesome eating to the point where health may become compromised or jeopardized.An individual who may be struggling with orthorexia typically experiences an intense fear of food, viewing food as something that should be controlled with rigid rules and behaviors.

While an individual who is struggling with Orthorexia may initially begin a diet fad with the intention of becoming “healthier”, it can progressively become extreme, leading to potential health consequences, as with other eating disorders.

How to Understand Orthorexia?

Common behaviors to be aware of include the following:

These extreme behaviors go beyond attempts to live healthily or lifestyle changes as they can negatively influence a person physically, emotionally, and mentally. As Orthorexia progresses and develops, it can truly mimic damaging effects seen in Anorexia and Bulimia, such as malnutrition from dietary restrictions, social isolation, and emotional instability.

Though a lesser known and understood disease, Orthorexia is indeed a form of disordered eating that can result in irreversible health difficulties if left untreated. Many individuals who suffer from Orthorexia may benefit significantly from eating disorder treatment to address underlying issues that may be fueling this disorder. Treatment for Orthorexia can occur at various levels, depending on the severity of the eating disorder. 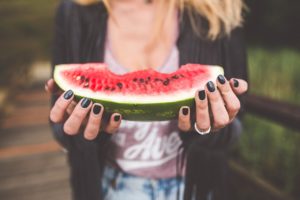 In order to determine the most appropriate level of care for treatment, it is important to have an assessment completed by an eating disorder specialist. Some individuals may initially require care in a more acute environment in order to achieve medical and/or psychiatric stabilization. Having comprehensive treatment is also necessary for addressing the many complex factors that may be involved with orthorexia. 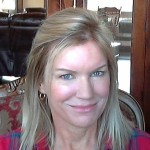 Jacquelyn enjoys art, working out, walking her golden retriever “Whisky”, reading, painting and time with family.
Although Eating Disorder Hope was founded by Jacquelyn Ekern, this organization would not be possible without support from our generous sponsors.