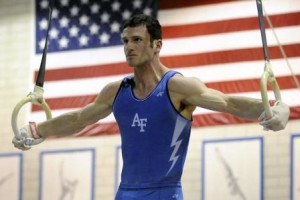 Factor in the anxiety students face in leaving home for the first time and the demands of a competitive sport, and these young adults are shouldering a lot of stress.

That’s why coaches have a responsibility to be aware of the symptoms of eating disorders and how they can negatively impact an athlete’s performance. It is particularly important when coaching sports that focus on appearance, such as gymnastics; weight, such as wrestling; and track and field, which features antigravity events like the high jump.

It’s imperative to be alert to unexplained weight loss or increased moodiness. People who are struggling with eating disorders often become more self-absorbed, depressed, irritable or anxious. So if you observe an athlete who is suddenly thinner and exhibiting depression or other signs of mental strain, take note.

Be careful about how you judge your team and how much emphasis you put on body image versus character and hard work. You need to set an example of a healthful relationship with food.

Never label a food, such as sugar or carbohydrates, as a “bad” food. There is nothing inherently bad about sugar, and nutritional advice should be given only by those with dietary expertise.

Typically eating disorders start small and then burgeon out of control. Most healthy athletes start off by simply striving to improve their performance.

They may then rationalize that if losing five pounds makes a difference, wouldn’t losing 10 pounds be better? Such thoughts can result in an obsession with eating and/or exercising, which ultimately hurts performance.

Coaches could educate athletes about the destructive nature of eating disorders in a team meeting before the season starts.

Address the fact that not only do eating disorders negatively impact performance, they also can result in serious health risks such as heart failure, osteoporosis, high blood pressure, diabetes, peptic ulcers, fatigue, malnutrition – and even death.

Athletes are experiencing eating disorders, but emphasize that successful athletes use food as part of their success by making sure they’re eating enough food and the right kinds of calories to perform well, rather than seeing food as a negative.

Athletes need to eat in anticipation of performance as well as after competition. Use examples, such as swimmer Michael Phelps, whose hearty meals before and after practice fueled his Olympic wins.

Armed with this knowledge, hopefully, young athletes will be able to weigh the risks vs. benefits of eating disorders and decide in favor of good health.

Coaches must have resources to help them in such education, prevention, and treatment efforts. If you’re working with high-risk athletes, have nutritionists and experts in eating disorders as part of your team who can be consulted if you suspect a problem.

Questions to ask can include:

For any intervention, you need to have a course of action. Once you express a concern, you will want to be able to direct students to a place they can get help. Treat an eating disorder as you would any other illness or injury.

Compare it to a runner’s knee injury – you would suggest the athlete see an orthopedist if he was limping, wouldn’t you? And, if he decided not to be evaluated and continued to limp, he would not be allowed to participate in track.

The individual’s well-being must come before any concern for a win.
However, having an eating disorder does not necessarily mean the end of an athlete’s career. The goal is to work with an expert who can help him or her return to a level of performance that would allow them to compete.

While some athletes are capable of continuing to compete during treatment for an eating disorder, others may find it beneficial to step away from a sport and take a break. As with any health issue, decisions need to be made on an individual basis.

Above all, it’s important for coaches to remember they set the tone for their teams and play a huge role in not only athletes’ physical but mental health. As such, they need to be aware and available to help any team members who may be struggling with an eating disorder.

Theodore E. Weltzin, MD, FAED, is the medical director of Eating Disorder Services at Rogers Memorial Hospital. He is a leading authority in the treatment and research of eating disorders. He has specialized in the field of eating disorders treatment for more than 20 years and holds several leadership positions and academic posts.

Top 5 tips for coaches
1. Have access to nutrition experts who can provide accurate information to athletes.
2. Be aware of eating disorder symptoms, such as purging or other unusual eating behaviors.
3. Have an eating disorder expert available whom you can consult about any concerns
4. Educate athletes about eating disorders just as you would about any other health issue.
5. If you suspect an eating disorder, talk to the individual directly, recommend they seek treatment and provide them with a resource, ideally someone you know can work well with athletes.