The Truth Behind Athletes and Body Image Issues 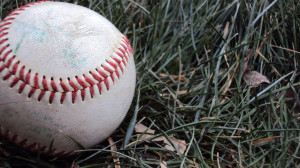 Sport is a microcosm of society. That is, what we see in society, we will likely see in sport, including body image issues.

Unfortunately, those issues tend to be more complex and conflicted for athletes, especially female athletes, than for the general population.

Athletes have the same risk factors as non-athletes, but they also have risk factors unique to the sport environment or to a particular sport (Thompson & Sherman, 2010).

Athletes and Body Image Issues With All Forms of Pressure

Recent research suggests that athletes have two body images—one in sport and one outside of sport (De Bruin et al., 2011; Krane et al., 2001; Lowland, 1999; Russell, 2004). Thus, they are at risk in either or both contexts. In The Victory Program at McCallum Place, we have found our athletes to experience body image issues in one or both contexts.

Athletes must deal with “competitive thinness” issues and tend to make unhealthy body comparisons in both the sport and societal environments (Thompson & Sherman, 2010). Most of these comparisons within the sport will be made with teammates but could also involve competitors. The same kinds of “fat talk” that occur among girls and young women outside of sport occur within the sport environment.

Another factor for athletes that tends to exacerbate body image concerns is the conflict many feel when making their bodies more muscular through sport specific weight training. Although the stronger, more muscular body can facilitate sport performance, some female athletes feel that it is a disadvantage with regard to attaining/maintaining society’s thin ideal (Krane et al., 2004; Steinfeldt et al., 2011; Steinfeldt et al., 2013).

This suggests that their attempts to decrease body weight or body fat is related to the demands of their sport or coach (De Bruin et al., 2007). On the other hand, while the prevalence of disordered eating/eating disorders is lower in non-lean athletes than in their lean sport counterparts, body dissatisfaction and the use of pathogenic weight loss methods tends to be higher among non-lean sport athletes as compared to the lean sport athletes (Torstveit et al., 2008).

This issue primarily affects sportswomen, although recent research suggests that some male athletes may be affected as well (Galli et al., 2013).

A uniform can be “revealing” based on the amount of skin revealed or how tightly the uniform conforms to the body.

As mentioned previously, sport is a microcosm of society. In that regard, we see not only body image issues and eating disorders in sport; we also see what appears to be sexism or even sexploitation regarding the revealing nature of the uniforms for female athletes (Thompson & Sherman, 2010), but the issues is not consistent in sport.

For example, in sports like swimming and diving, male and female athletes wear revealing suits. The fact that both genders wear revealing uniforms suggests a “functional” rationale for the suits; that is, they facilitate performance, such as reducing drag in the water. 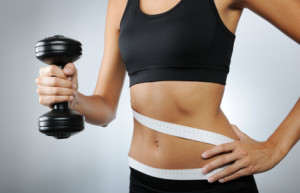 However, in many sports (i.e., track and field, volleyball, beach volleyball, etc.), the uniforms for women are more revealing than those for men in the same sport, suggesting that the issue is not one of functionality.

Rather, it appears to be related to sexism or even sexploitation in an effort to increase attendance and/or obtain financially lucrative endorsements.

Such uniforms not only increase the risk of disordered eating, but they also facilitate unhealthy body comparisons (Thompson & Sherman, 2010). They may even affect whether a young girl chooses to participate in sport.

Girls have reported that they have opted not to participate in a particular sport because of what they would have to wear (i.e., short, tight spandex in volleyball, “bun huggers” in track, etc.).

One of the positives about sport is that it provides girls and young women with an opportunity to engage in healthy competition with other females in a way that has nothing to do with weight or physical attractiveness. However, we must deal effectively with these uniform issues in order to protect that opportunity.

Talk With Someone Today

In conclusion, athletes, especially female athletes, are more at risk for body image problems and eating disorders than the general population. For that reason, they need specialized approaches to identification, management, treatment, and prevention.

When possible, they should be in treatment with healthcare providers with experience in treating eating disorders and athletes, but who also understand and accept the importance of sport in the life of a serious athlete.

Published on July 9, 2014
Reviewed And Updated By:  Jacquelyn Ekern, MS, LPC on April 16, 2019.
Published on EatingDisorderHope.com