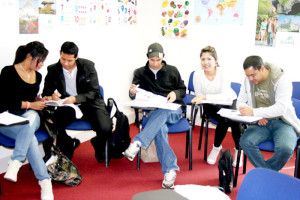 Writings on loneliness have long been the province more of poets and philosophers than of scientists. This lack of scientific study is especially remarkable given the essential nature of social connectedness to us as a species. We are not only programmed with a drive for connectedness, our evolution and survival has happened in large part because of this defining social nature.

So it is no wonder that loneliness is such a painful thing to experience, and something most of us will go to extremes to avoid feeling.

Part of Loneliness Is Not Finding Yourself

Loneliness is defined not just by a yearning to be connected to others, it is equally a feeling of disconnectedness from one’s self. This is a pain that anyone who has ever suffered from an eating disorder knows all too well.

College is a time of major transitions that often happen away from the safety and familiarity of “home” and that is also characterized by all of the expectations that mark a movement into adulthood and greater independence. Stress in general can trigger disordered eating behaviors, and college can be, for many students, a particularly stressful time, adding to this risk.

College Suddenly Becomes A Trigger For An Eating Disorder

College students who have or are struggling with the issues underlying eating disorders find themselves in a precarious situation where the same characteristics that have probably helped them get in to college are the very traits that also put them at risk for developing or worsening eating disorder behaviors. This could be things like:

Going along with these traits are things like having difficulty coping with change, learning new sets of rules, and increasing dependence on internal rather than external regulation. These are almost by definition the tasks of adjusting to college and adulthood.

We know that eating disorders are not just based in a desire to be thin or being overly focused on one’s body, but rather come from deeper insecurities and pain, intense feelings of guilt, anxiety, shame, and worthlessness, and a profound sense of loneliness and isolation. 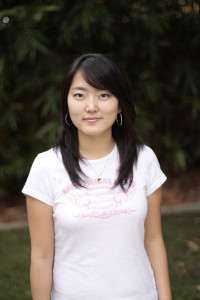 Loneliness and eating disorders share a common DNA in that the pain associated with both is so unbearable that rather than just trying to manage the feelings, there is an intrinsic fear-based push towards either more and more avoidance or, failing that, towards obliterating one’s ability to feel anything, good or bad.

College students with eating disorders can find themselves trapped in a vicious cycle because of this connection. Eating disorder behaviors function to help the affected person cope with the pain of loneliness, anxiety, worthlessness, guilt, and self-doubt.

After an initial period of temporary relief, these behaviors serve to isolate the person further, as well as worsen these feelings, resulting in an even greater perceived need to engage in more behaviors. Add to that the myriad of academic, developmental, and social pressures that strike at the core of these insecurities, and these students can find themselves feeling hopeless and further isolated and alienated from others as well as from their own internal states and sense of self.

The communal nature of college life only serves as a painful reminder for those students who feel so profoundly disconnected from those around them.

Understanding Can Promote Support and Healing

While prevention efforts, in order to be truly successful, need to start in elementary schools or earlier, developing specific education and treatment programs for college students can go a long way towards helping at-risk students and possibly prevent further problems down the road.