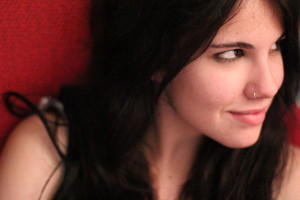 Body image disturbance is one of the most common clinical features attributed to eating disorders. Most contemporary theories consider body dissatisfaction to be the most immediate or proximal antecedent to the development of an eating disorder and empirical studies indeed confirm this association.

The Many Components to How We View Our Bodies

It is generally agreed that the body image construct is multidimensional, involving attitudinal as well as perceptual components. The perceptual deficit was best described by Hilde Bruch in her seminal publications based on years of clinical experience [1] and almost 40 years ago, one of us (DG) published one of the first empirical studies documenting size estimation in anorexia nervosa [2]. While size overestimation generated tremendous interest over the years, it has had limited impact on the understanding and the treatment of the disorder.

Is Body Image Really the Biggest Factor in Eating Disorders?

Although body dissatisfaction may be one of the most common modes of entry into an eating disorder, early case descriptions of anorexia nervosa and evidence from non-Western cultures indicate that some patients voluntarily reach an emaciated weight for a variety of psychological reasons body but do not show the characteristic body dissatisfaction.

The History and Scope of Poor Body Image

Some of these patients began restricting their food intake because of:

These cases have been traditionally classified as “atypical”; however, the diagnostic designations may be too restrictive as evidenced by the changes to the DSM-5.

Body Image Can Be a Predictor for an Eating Disorder

Nevertheless, to point out the exceptions is not to deny the overwhelming evidence that body dissatisfaction is one of the most important risk factors for restrictive dieting which, in turn, predicts the onset and the maintenance of serious eating disorders.

It is a major predictor of relapse in both anorexia and bulimia nervosa; patients who do recover report that body image is one of the major impediments to lasting change. The most challenging problem is how to effect lasting change in body dissatisfaction among those with eating disorders. 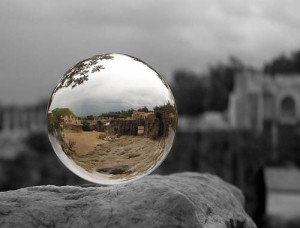 Various methods have been used to attempt to correct distorted body size estimation. One method has been to provide corrective feedback to anorexia nervosa patients with the aim of improving accuracy over time. This can be accomplished in several ways.

One strategy involves providing feedback on standardized measures of size estimation. Another involves directing patients to study their body in a mirror and try to develop a more objective or realistic view of their weight or shape. Some studies have shown that this exercise may have value in helping patients overcome denial of the severity of their disorder.

However, most clinicians agree that directly changing body size perceptions has a very limited role in the treatment of anorexia nervosa. It is not surprising that confronting patients with their own distorted self-perception has little therapeutic effect since most patients have a long history of feedback by friends, family and therapists that they are too thin and must gain weight.

Finding the Origin Rather Than Treating the Symptoms

This alone seems to have little impact. In our treatment setting, we prefer a cognitive approach aimed at re-interpreting the meaning of body size overestimation rather than trying to change it directly. Body size overestimation can be thought of as a perceptual anomaly that is often observed in eating disorders.

This is similar to other situations where people are encouraged to not rely on a particular perceptual state but rather defer to a higher-order judgment regarding the perception – for instance, a person trying to decide whether or not to drive a car after drinking alcohol. Accordingly, patients are encouraged to view their body-size mis-perception as an unfortunate perceptual disability (like being a color-blind person trying to coordinate his or her wardrobe).

In this case, it is preferable to rely on objective data or a trustworthy person, rather than self-perception to determine actual body size. Body image usually does not improve early in the process of recovery from anorexia nervosa, and in fact, it often becomes worse during weight gain. If it does improve, it is often in the later stages of recovery.

There has been remarkable advancement in recent years in the technology for treating body dissatisfaction in those at risk for eating disorders, and for obese individuals. The application of these approaches to anorexia nervosa has been less fully developed.

Treatment for anorexia nervosa requires increasing weight and weight gain is not uncommon in those with bulimia nervosa which predictably increases body dissatisfaction in the short-term.

Cognitive restructuring can be focused on identifying the idiosyncratic meaning that “being thin” and “weight control” has for the patient, and then finding more elegant personal and interpersonal solutions that do not require the life-long physical, psychological and interpersonal disadvantages of maintaining anorexia nervosa.

Focusing on the Good Aspects, and Avoiding the Bad

Within the context of a broader cognitive approach to anorexia nervosa [5], we have found group therapy focused on the “appearance assumptions” from Cash’s workbook particularly useful [6]. Developing a more positive body image often involves avoiding certain self-defeating practices, like:

…that provide short-term relief, but become rituals that only accentuate anxiety, discontentment, and dysphoria. These can be replaced by body image enhancement activities (yoga, movement, pleasure walks, listening to music,) that emphasize the body as a source of pleasure rather than a vehicle for control, mastery or self-definition.

We emphasize the importance of viewing the functional aspects of the body rather than the ascetic features. Finally, one of the most potent sets of interventions derives from education about discrimination related to obesity [7] and the important advancements in advocating Health at Every Size as it’s health and civil rights implications [8].

These findings point to the importance of controlling for friendship selection when examining the role of peers in adolescent body image and eating problems. These findings can be extrapolated to group therapy in clinical settings by underscoring the importance of healthy and unhealthy group affiliations and their impact on recovery and relapse. 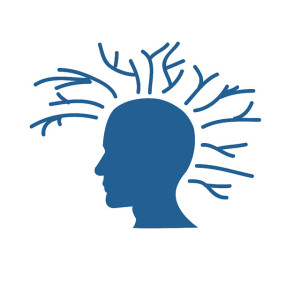 It has been our experience that promoting healthy group norms is one of the most important targets of intervention over the course of therapy.

Additionally, a major impediment to change can be parental attitudes toward weight and shape or parents’ overvaluation of thinness that can have a detrimental effect on the treatment of their children.

This issue must be approached with sensitivity to the historical factors influencing parental attitudes; however, treatment must focus on changing the family imperatives that interfere size acceptance as well as respect for individual differences of a wide array of attributes.

Finally, the remarkable advancement in recent years in the technology for treating body dissatisfaction in those at risk for eating disorders, and for obese individuals, can be applied in the treatment of serious eating disorders. Psycho-educationally oriented prevention programs can reduce body dissatisfaction and reduce ameliorate disorder symptoms in college women that are sustained over a two-year follow-up [11].

Although the application of these approaches to those with clinical eating disorders has been less fully developed, we rely heavily upon psycho-education as well as cognitive approaches to challenging body image disturbance [12] and these have led to clinically and statistically significant changes in body dissatisfaction over the course of our Adult Partial Hospitalization and Adolescent Residential Programs.

The River Centre Clinic has almost two decades of experience providing innovative treatment to adults and adolescents suffering from eating disorders. It has developed a ground-breaking approach to treatment, based on extensive experience and research, designed to reduce costs without compromising high quality of care.