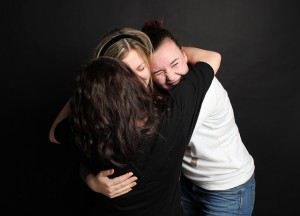 Are you part of a family where many members struggle with overweight? Are you the only or one of a few family members who struggle? Or, do you know families where obesity affects many members? Whatever your particular circumstance, questions about the causes of obesity have likely arisen.

After decades of research on the causes and contributing factors of obesity, the current scientific perspective from experts in the field is that obesity is a multifaceted disease that most commonly develops in response to an interplay of determinants like:

Humans have a long history of genetic adaptation that favors the storage of fat, drive to consume tasty, energy-dense foods, and restoration of body weight after weight loss – often referred to as the “Thrifty Gene” which promoted survival of the species.

Though many aspects of human life have changed dramatically, our genetic predispositions remain essentially intact. What we now know about genetics and weight, however, goes far beyond the “Thrifty Gene” hypothesis.

Investigations have revealed hundreds of genetic variants that influence body weight, and because genes are passed from parents to children, this means that there is an inherited component to obesity. In fact, published research has shown that heritability may account for 50-70% of weight variation in humans (1).

How Much Is Really the Fault of Genetics? 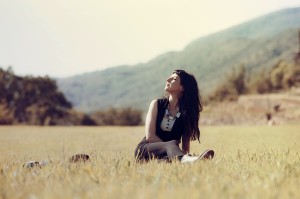 The question becomes: how much of a role do the inherited (genetic) components play in determining whether an individual develops obesity? This is where it gets even more complicated, and the dissatisfying answer is probably “it depends….”

A basic example is hair color – you could have one parent with brown hair and one with blonde hair, so you inherit genes for both but you happen to end up with brown hair. Your phenotype is brown hair (what you can see) even though your genotype contains cellular material for both.

Regarding genes and obesity, you can inherit any number of genetic variants that could contribute to weight gain, but whether you actually develop obesity will, in most cases, depend on a myriad of other factors.

Often, It’s a Combination of Many Factors

In a family where obesity seems to be inherited, a closer analysis could likely reveal any number of non-biological conditions that are also ‘obesogenic’. These might include any of the following:

But neither is environment (or behavior) the entire story. We probably all know someone who remains slender despite behaviors that could easily lead to a weight problem in other people (e.g., eating a lot of fast food, sugar-sweetened sodas, sedentary lifestyle).

When Genetics Does Come into Play

And there’s the opposite, the person who has struggled with weight his/her entire life despite exerting a lot of valid, healthy efforts to lose weight. In these examples, genetics seem to favor the first person, while working against the latter.

So, we’re back to the complex interplay of factors leading to obesity. As the scientific community has accepted the high level of complexity regarding obesity, this has brought forth innumerable studies around prevention, intervention, and treatment, some targeting the more biological aspects of the disease, others targeting individuals’ behavior, still others addressing broader environmental influences.

Each approach has documented successes and failures in the quest to halt the obesity epidemic and assist those who are struggling with the health consequences of obesity.

Studies Looking into Genetics and Obesity

Looking specifically at individual-based behavior change, an interesting picture has emerged from the realm of behavioral genetics. Because genetic variations that predispose individuals toward obesity have been identified, scientists have studied groups of people with similar genetic profiles (for example, those having the FTO gene, which affects food intake, energy expenditure, and energy balance, which is strongly associated with obesity).

The conclusion of these studies is that certain behaviors (e.g., exercise) appear to be capable of “overriding” the predisposition toward weight gain in those who are genetically susceptible.

Genetics Does Not Overcome Behavior

So, in this overly-complex story of obesity and its causes, the best take-away is not nearly as complicated. It is to understand and accept that we come with a pre-determined set of genetic material, some of which will be “expressed” in our body, some of which will predispose us to certain traits or conditions.

However, the genes-environment-behavior connection (and the emerging, fascinating work on “overriding” genetic predispositions) should remind us that resigning ourselves to our genetic fate may not be a sound (or necessary) approach.

Think about what this interaction means to you, in your life, and in your family. Are your daily routines and behaviors, those you are modeling to the important people in your life, supporting the healthiest possible scenario for your health and that of your loved ones?

For whatever genetic variants may be lurking, are you doing your part to ‘override’ those influences as best you can?

What are your thoughts on the genetic predisposition of obesity and overriding those variants to maintain a healthy lifestyle?