Need Help - Find A Treatment Program Today
Call 866-932-1264
Advertisement*About Our Number
About This Helpline
This entry was posted in Uncategorized on May 16, 2013 by Baxter Ekern. 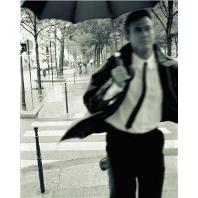 Unfortunately, with stereotypes madly circling about eating disorders, men continue to be poorly understood, as they too, are susceptible to developing these diseases.  Though research has demonstrated that women are more likely to develop an eating disorder than their male counterpart, this may grossly overlook the men who do struggle with eating and body image behaviors.  While eating disorders are escalating among men in the United States [1], mainstream treatment and prevention programs are focused on girls and women.  Thankfully, new research and studies are examining eating disorders in men, leading to more effective treatment protocols as well as greater understanding and awareness of this unique struggle.

While it has commonly been understood that sexual harassment can be associated with an increased risk of developing an eating disorder in women, a new study from Michigan State University has discovered that men who have encountered sexual harassment are more inclined than women to respond with methods of “purging” to control their weight, such as vomiting, laxatives, etc.   The findings from this study are astounding as this evidence makes the connection between compensatory purging behaviors and high levels of sexual harassment in men.

Lead research author NiCole Buchanan shared in a press release [2], “Traditionally, there has been a misperception that men are not sexually harassed.  And while women do experience much higher rates of sexual harassment, when men experience these kinds of behaviors and find them distressing, then you see the same types of responses you see in women – and in the case of compensatory behaviors, even more so.”

In response to these findings, Buchanan noted, “Although boys and men have lower rates of weight/shape concerns and eating disturbances, these issues are still significant and warrant intervention [2].”

While continued research is needed to understand the relationship between eating disorders and sexual harassment in men, these findings are significant in that they highlight the need for different approaches to treatment for men suffering with eating disorders.

Perhaps you or a loved one is currently struggling in a battle against an eating disorder.  You do not have to face this struggle alone, and help is available, whether you are a man or woman and regardless of the path of life you might be one.   Though it might feel that you are misunderstood or isolated in your disorder, nothing could be farther from the truth.  Even while eating disorders continue to be studied and understood, help is available NOW to support you in your journey of recovery and path to freedom.